Historic Penn Farm at Cedar Hill State Park has seen more than a century of Christmases dawn on the North Texas prairie. Though the founding farmers are no longer in residence, modern-day families still come to celebrate the season there in a relaxed, old-time way.

History buffs and wildlife fans can all find something to love.

“Penn Farm is really, really neat, and we want to preserve it the best we can,” said Derek Dye, Cedar Hill State Park’s assistant supervisor of operations.

It all begins at the Penn Farm Agricultural Center parking area with the lantern-lit holiday hike in the park, suitable for all ages.

“It’s a short, mild hike, about a mile long, and very entry-level,” said Dye. “Bring your children, and even pets on a six-foot leash.”

Families should dress for the evening’s weather conditions and wear closed-toe shoes. Bring along flashlights or lanterns if possible. Strollers and wheelchairs are not a concern, since the farm trails are flat and grassy.

“Penn Farm is a centennial farm, and was farmed for over 100 years between 1850 and 1950,” Dye said. “There are historical structures, old implements, and visitors can see how the farm grew.”

The Penn Farm tour will take about 45 minutes, then the evening is topped off with traditional Christmas caroling and marshmallow toasting around a campfire. Hot chocolate and apple cider will be served along with Christmas cookies and other treats.

Though the Christmas season is chock-full of things to do and see, the annual Cedar Hill celebration typically draws 40 to 50 people, depending on weather, Dye said.

Is it really, really fun?

“Absolutely,” Dye said. “I can’t believe I get paid for just hanging out.”

History is everywhere at Penn Farm

Major John Penn, his wife and six children moved from Illinois to North Texas in 1854 via covered wagon, part of a larger migration of settlers seeking rich farmland and verdant pastures. The Penns grew wheat, corn, oats and barley and raised horses, sheep and cattle.

Penn accumulated more than 2,200 acres of land and gave 800 to his son, John Wesley. John Wesley’s spread grew to 1,200 acres and became Penn Farm. He built the property’s first farmhouse.

Penn Farm’s first structure, built in 1859 even before the house, is a double-crib barn. A larger 1876 farmhouse was lost to fire by vandals in 1982, but it has been recreated.
Penn Farm also includes two granaries, a smokehouse, water cistern, chicken coops, cement water tank, and jack barn (for housing donkeys.) The main barn was built during World War I, from two earlier buildings including a small schoolhouse.

A reconstructed wooden water tower, pump house, root cellar, farm office and windmill are nearby. A garage was built in the early 20th Century to house a Model T.

The last member of the family to live on the land was Dee Etta Hofford Penn, who moved in 1970. Five years later, the farm’s history began to be collected by the Texas Parks and Wildlife Department as the area developed into a state park with Joe Pool Lake’s creation.

Park gates are open from 6 a.m. to 10 p.m. daily. Day-use entrance fees are $7 for adults and free for children 12 and younger. There is no extra charge for the Christmas hike and sing-along. 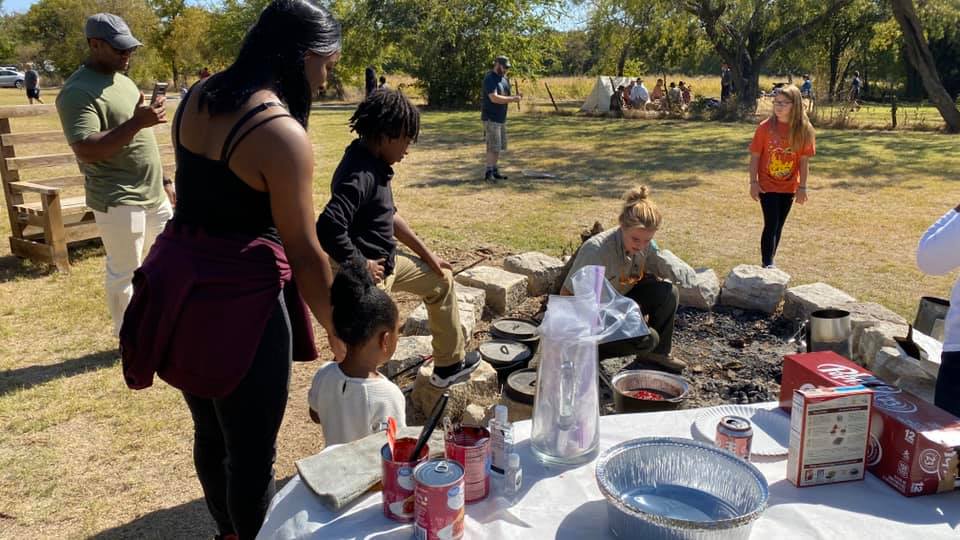