Tonight the Midlothian Chamber of Commerce hosted a MISD candidates forum with all of the candidates running for both Place 6 and Place 7. For the last four weeks Place 7 candidate Andrea Walton (incumbent) was seemingly running unopposed. Her opponent, Taya Kyle announced in late August she was withdrawing to focus more on her family.

The video announcement from Ms. Kyle was the last social media post on her official Facebook campaign page. So, it was surprising to see Ms. Kyle sitting next to Ms. Walton at tonight’s forum. What might be even more odd, is that neither Ms. Kyle nor the Chamber addressed the million dollar question: what happened for Ms. Kyle to change her mind, and when was she planning to announce her decision?

In the comments portion of the forum, DV Lebron noted that Ms. Kyle was invited on his program “Ellis Talk to the Candidates” and, “Taya withdrew from the race. This is surprising.” Also, Midlothians for Change hosted a candidate forum on Facebook on September 9, and Ms. Walton was the only participant.

You might be wondering about our headline, so now’s a good time to mention Focus Daily News does not endorse any candidates regardless of what position they are running for. In tonight’s comments, Jeff Millett said “Our choices are sort of like “Harvard vs. Hollywood”. The choice is clear.” We thought that was an interesting way of describing the match-up of Andrea Walton vs. Taya Kyle, based on the candidates responses this evening.

Questions And Answers From The Candidates

As the candidates were asked to introduce themselves Ms. Walton seemed to speak from the heart, thanking the community for allowing her to serve the past 3 years. Whereas, Ms. Kyle read her statement from her iPad.

Both candidates were sent an advance copy of three of the questions asked by the moderator Ross Weaver, so that they could prepare answers. Answering the first question, “Other than growth – what is THE top challenge facing the District and what are your ideas to address it”, Ms. Kyle again read her answer. When Ms. Walton spoke you could hear passion and emotion, compared to Ms. Kyle’s answers which sounded rehearsed.

While Ms. Walton was able to discuss her experience on the MISD Board, and engaging students, teachers, and families, Ms. Kyle referred to her husband and her foundation.

When asked, “Give an example of a time when you took a position that you felt was right even though it might be unpopular?” Ms. Kyle took the opportunity to mention a CNN Townhall with President Obama and the issue of gun control. Ms. Walton gave an example of being in the MHS auditorium and speaking with parents about drug testing. She shared she took a position with what she felt was best for kids that some parents didn’t agree with. She continued that respect, listening and conversations are integral to being able to build relationships.

Two Questions Stood Out To Those Watching

Two of this evening’s questions seemed to capture the attention of those watching online 1). How many school board meetings have you physically attended since meetings have resumed in person? And (2). What changes/sacrifices do you anticipate in personal life to insure you will be able to attend meetings and official events?

Ms. Walton responded she’s NEVER missed a school board meeting and never missed a workshop during her 3.5 years. She continued to say that’s possible because her children are independent and she has the support of her husband. Prior to becoming a school board member, she attended about three dozen meetings. She was active and cared about having relationships with the leaders and discussing topics important to the community.

Ms. Kyle seemed to take an issue with the way the question was phrased. She responded, “Yeah, it’s an interesting question. I think I’m actually a little surprised to hear it quite frankly, because it’s not something, especially the emphasis on physical that I find interesting because, like most parents, I not only elect the school board members that I think will do the job and I trust them to do it right. And so if there’s a congressman, a senator, or President I don’t see them going to the White House or Oval Office, etc. I just don’t think that’s the position that an elected person takes to be elected.”

She said she has watched some school board meetings online and has asked questions of the administration and tried to stay informed on all the things facing the kids, and has never thought it necessary to physically attend.

The other question that was a focus of Facebook comments was, “What church family or civic organizations are you a member of locally and how those organizations help support youth programs in our community?”

Ms. Kyle explained she’s visited a few churches in Midlothian but explained that she didn’t find a church that met her needs after Chris’s death. (Note: Chris Kyle passed away 7.5 years ago) She says now with COVID, she attends church online, but did not mention a specific church.

Ms. Walton is a member of First Baptist Church Midlothian and on the tech team there. She also mentioned her work with Rotary Club. She stated engaging students and children in everyday activities is important to staying connected to them.

Throughout the questions and answers, those watching the forum on Facebook continued expressing their surprise asking “What is Taya doing there?” No one seemed to know the answer.

Instead it seemed like the majority of those watching were in support of Andrea Walton. Justin Coffman wrote, “As a city council member I’ve worked directly with Andrea Walton for 2.5 years. She is the real deal and knows that public representation is not just a once a month meeting. I highly respect her leadership and the Coffman’s be proud to cast our vote for Andrea Walton on November 3rd.”

And as for the gentleman that said this is Harvard v. Hollywood, he also commented, “Andrea easily ranks among the hardest working, most qualified, most credentialed, most passionate school board trustees in Texas.”

“She is also unafraid to ask questions, deal with tough issues head on, demand the accountability from the superintendent and the transparency from the school board that the voters expect from their representative.”

“Midlothian is fortunate to have such a candidate.”

“She’s earned community trust and her re-election is the obvious best path forward.”

We encourage everyone to stay informed of your local elections, if you are a Midlothian resident, please watch the entire event so you can form your own opinion. 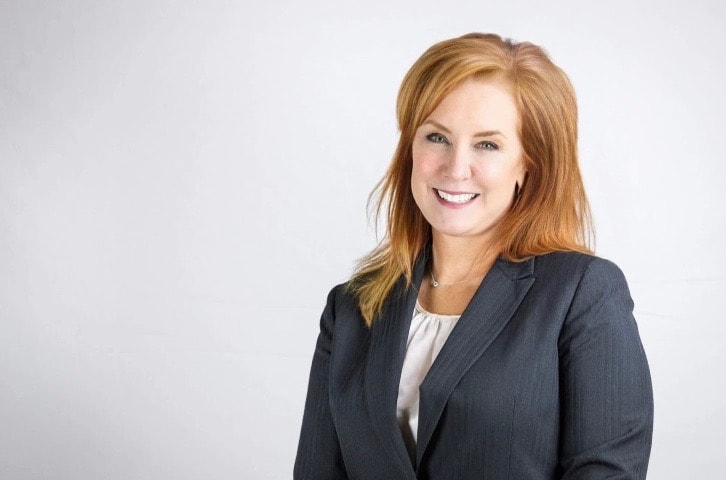