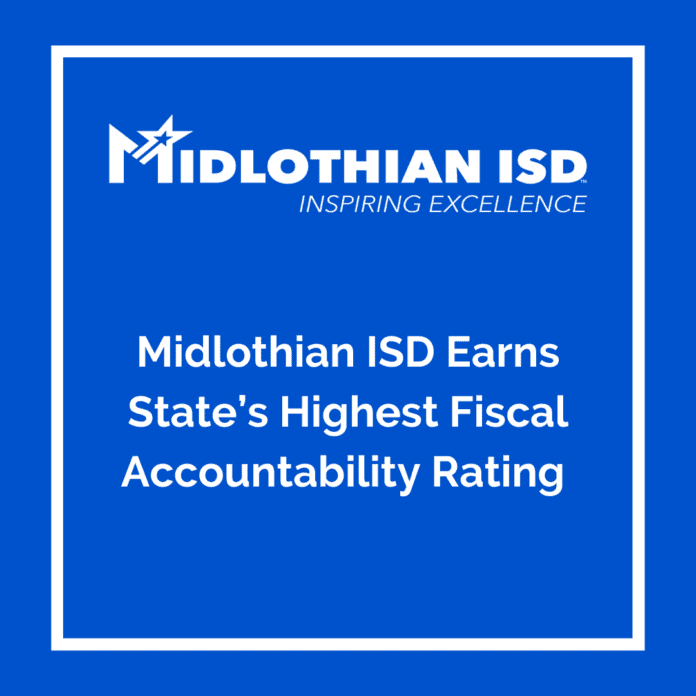 This is the 18th year of School FIRST (Financial Accountability Rating System of Texas), a financial accountability system for Texas school districts developed by the Texas Education Agency in response to Senate Bill 875 of the 76th Texas Legislature in 1999 and amendments under House Bill 5, 83rd Texas Legislature, Regular Session, 2013. The primary goal of School FIRST is to achieve quality performance in the management of school districts’ financial resources, a goal made more significant due to the complexity of accounting associated with Texas’ school finance system.

“We are very pleased with MISD’s School FIRST rating,” Superintendent of Schools, Jo Ann Fey, said. ”This rating shows our district is making the most of our taxpayers’ dollars. It also shows that MISD’s schools are accountable not only for student learning but also for achieving these results cost-effectively and efficiently.”