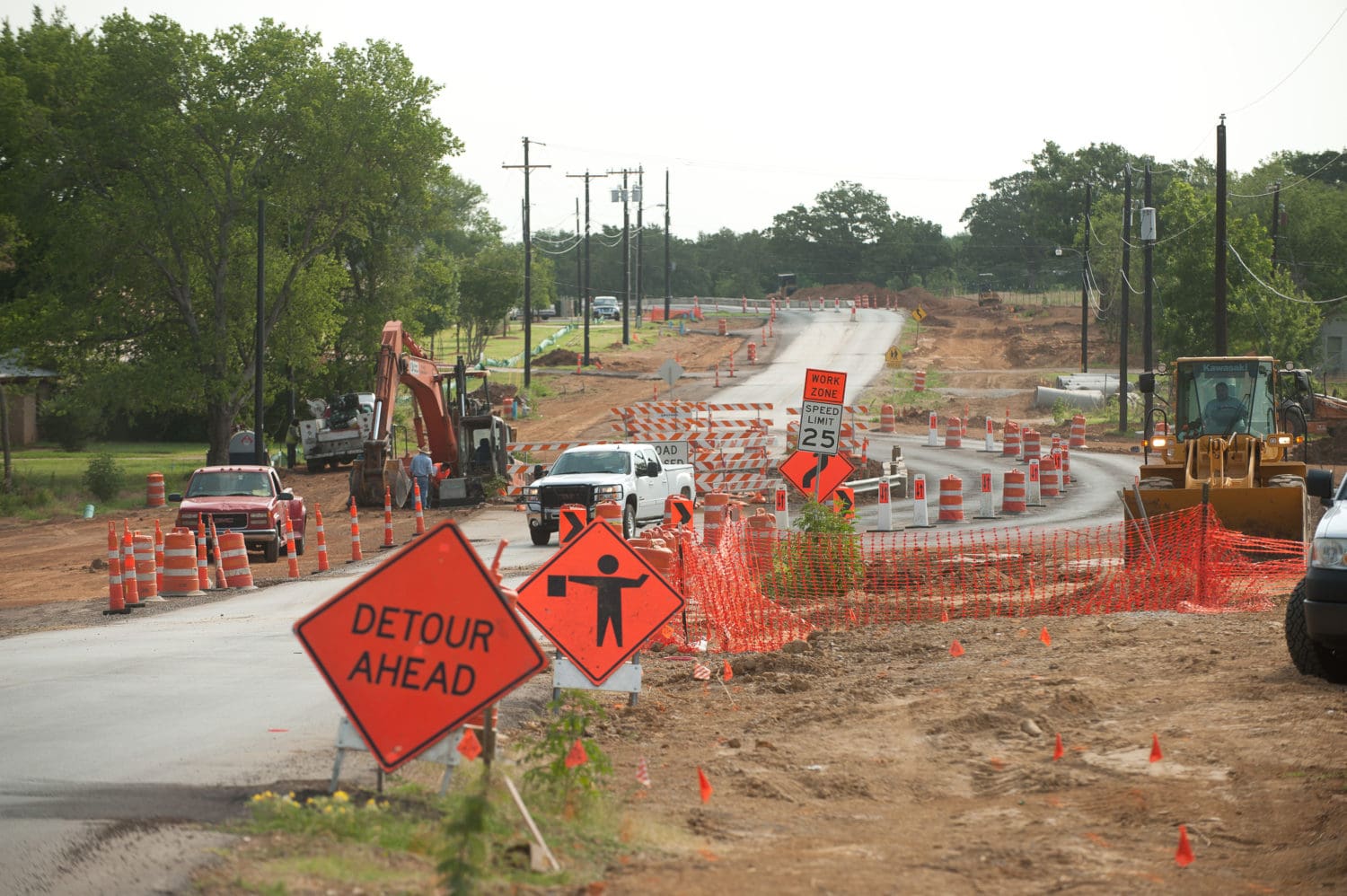 MANSFIELD—For commuters in Mansfield and the surrounding cities, the words Highway 287 and summer traffic are one in the same. Mansfield road work leading to progress also creates headaches during the progress.

Belinda Willis, Mansfield City spokesperson said “The U.S. 287 project will have a significant impact on traffic for residents. [Once completed] It will make the restaurants and retail in the area more accessible and improve traffic flow.”

But while work is meant to improve the area, during the construction it can only be perceived as a headache.

One example is the ramp work at Debbie Lane and Hwy 287  as the U-turn construction gets underway.

Roadwork will include the addition of a U-turn lane under the bridge on the southbound 287 meant to alleviate the heavily congested intersection.

A written statement from the city notes, “City traffic engineers say the work on entrance and exit ramps on U.S. 287 will have just as much impact on reducing traffic congestion at several intersections along the highway.”

Mansfield Road Work Will Have Positive Effect On Local Business

This project is part of the $5.3 million roadway improvements that also includes an exit to Debbie Lane from northbound U.S. 287, which will reconfigure the Walnut Creek on ramp.

“The Debbie Lane exit will be located at the site of the current 287/Walnut Creek Drive on ramp,” the roadwork update reported. “The entrance ramp to northbound U.S. 287 from Walnut Creek will be moved farther north, closer to Debbie Lane.”

There will also be work done on the southbound side, but no off ramp for Debbie Lane in this direction is planned.

“The area between FM 157 and Debbie Lane cannot accommodate a specific Debbie Lane exit from southbound 287. However, the off ramp for Walnut Creek Drive is being moved north, closer to Debbie Lane,” the report read.

“Drivers on the southbound side who want to access Home Depot and other retail will no longer have to exit on FM 157,” said David Boski, assistant director of public works and the city’s traffic engineer. “They can take the Walnut Creek exit, which will give them access to Home Depot Drive (located between Home Depot and Mansfield Pointe shopping center) as well as Mouser Way, which will soon be constructed to connect Main Street to 287.”

The entire project is expected to be completed by April 2018, with the U turn scheduled to be finished in August 2018.

“Our goal is always the safety of our residents and improving traffic flows throughout the city,” Willis concluded.

There are also a variety of other roadwork projects going on in Mansfield.

Willis said “A lot of road work and routine maintenance is done in the summer due to school being out.”