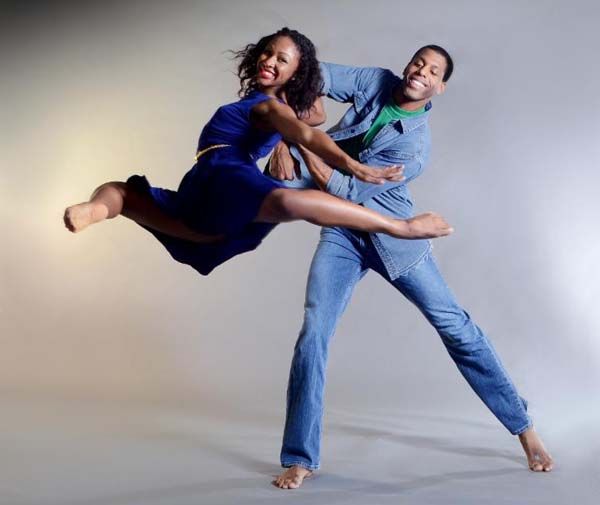 In Country Blues, Edmond Giles blends a modern jazz dance with the music of Dolly Parton, Patsy Cline, and Eva Cassidy to weave the story of a woman trying to keep her relationship intact. Giles danced with DBDT and Alvin Ailey II. He was also the former director for DBDT II. Giles was born in St. Croix where he studied ballet and jazz at the Pointe Dance Academy.

Sidra Bell made her creation, hymnal: deconstructed, a family affair with her father and long-time collaborator, Dennis Bell, composing the pulsating and dynamic alternative music. Sidra choreographed the contemporary piece utilizing the entire DBDT II company. This jubilant work showcases the physical and emotional prowess of the dancers. Sidra has been commissioned to create several works internationally and won First Prize for Choreography at the Solo Tanz Theater Festival in Stuttgart, Germany in 2011 for Grief Point. She is the artistic director of her own dance company, Sidra Bell Dance New York.

Unsettled Thoughts, by Richard A. Freeman-Carter was birthed out of his personal struggle over a career transition. The full-company work is in three sections and explores the anguish of making a tough decision based on your heart or head. The modern dance is set to music by Hans Zimmer, Danny Elfman, and the Kronos Quartet. Freeman-Carter danced professionally with Elisa Monte Dance and the Houston Grand Opera. He became the resident choreographer at DBDT after dancing with the company for a decade, mostly as a lead dancer. The Washington, D.C. native has choreographed works for Dallas Black Dance Theatre, Atlanta Dance Connection, and Texas Ballet Theater School. Freeman teaches master classes and workshops nationwide.

“The audience will experience a variety of styles during this performance. DBDT II is a very eclectic group of dancers that brings something very different to the stage,” said DBDT II Artistic Director Nycole Ray. “As a company they work well together and they are very spirited.”

For the 10th year, Macy’s is the presenting sponsor for the Spring Fiesta! 2016 series. “We are delighted to be counted among the supporters of Dallas Black Dance Theatre,” said Joe Vella, Director of Corporate Giving for Macy’s. “It is a privilege to be associated with an organization that presents significant multicultural events to the region and the world.”

Chase Rice and KC and The Sunshine Band Coming To Arlington