As a young girl Jennifer Davis met the love of her life through her brothers.

“I remember always watching my brothers play baseball when I was younger and remember always playing with them in the yard. After my first season in rec ball I knew this was the sport for me,” Davis said.

And now she is getting to live that dream at her alma mater. Davis was recently named the new head coach for the Cedar Hill Longhorns softball team.

Davis, a 2004 Cedar Hill graduate, was a four-year letter recipient playing shortstop for the Longhorns, leading them to the regional finals her senior season. She received a scholarship and played for the University of Texas-El Paso for four years, with the Miners finishing second in their conference tournament her senior season.

Jennifer Davis was also named to the Cedar Hill Athletic Hall of Fame in April. She is considered one of the best players in school history. Her accolades include being named all-district in each of her four seasons. She was a member of the Dallas Morning News All-Area Team in 2001, 2002 and 2004. Also, named team MVP her freshman and sophomore years.

As a senior, Davis had the highest batting average in District 4-5A (.624). She was named District Offensive Player of the Year.

In addition to softball, Davis lettered in volleyball for three years and basketball for two.

Davis returns to coaching after spending the past eight years in the corporate world. She has been a business marketing manager, but is excited also about the opportunity to teach business education.

“I am inheriting a very talented group of young ladies,” she said of her team at Cedar Hill. “”This group has won quite a few games together and also went to the playoffs a few years ago.””

She does not prefer the term “turning around” when speaking of her team.

“I’m not sure if turning the program around is the right term. What I will bring is (NCAA) D-1 softball knowledge and prepare the girls to think and work at the level of a college softball player,” she said. “It’s all I know, and so that’s what I will bring to the girls – discipline, communication, and hard work.”

She understands the challenges COVID-19 will present and is optimistic the spring season will start on time.

“Softball is a sport where you are standing at least 10 feet from your teammate, so this should help a lot with safety for the athletes,” she said. “I am very hopeful that we will be able to start the season on time. These girls did not get to have a season in 2020, so I’m hoping 2021 can happen and these girls can show their hard work in action.

“This is an amazing opportunity that I have been presented with, and I hope that I can come in and show these girls that softball should be fun and rewarding. This is an opportunity to make a huge impact on a group of young ladies forever, and I am going to do my best to make sure it’s a positive one.” 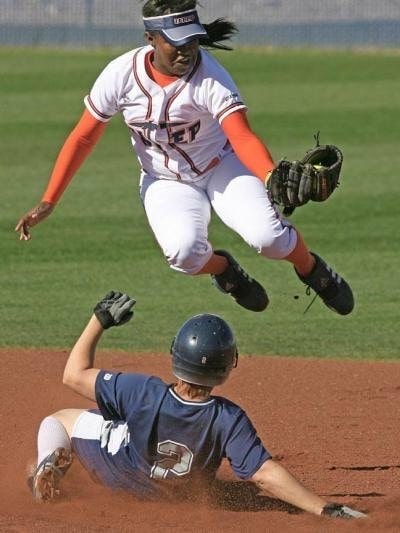