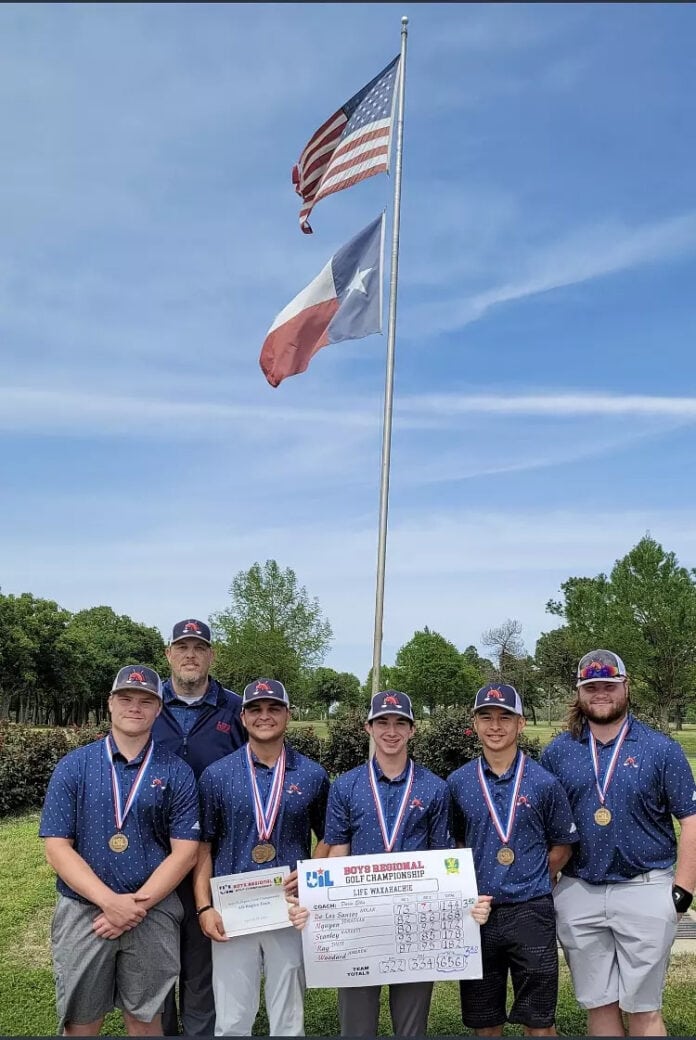 Waxahachie, TX, May 3, 2022 – On Friday, April 18, the Life High School Waxahachie (LHSW) boys golf team made school history by placing third overall at the 4A Regional Tournament and advancing to the state tournament. The Mustangs shot a two-day total score of 656 at The Van Zandt Country Club.

Coached by Dr. Darin Ellis, the boys worked together as a team to contribute to the total score of 656. Nolan De-Los-Santos led the Mustangs by who shooting even par for the two days and finishing as the 3rd-place medalist. Johnathan Nguyen shot a two-day total of 168, Garrett Stanley with a score of 172, Jhett Ray with 178 and Andrew Woodard with 182. The team fought until the very end to secure a spot at the upcoming state tournament contending with Caddo Mills and Midlothian Heritage High Schools. At the end of the tournament, The Mustangs played the tough 18th hole even par to secure the state tournament spot.

Director of Athletics, Scott Thrush, said, “It was amazing to watch these young men battle down to the stretch. It didn’t start the way Coach Ellis wanted it to, but the guys were resilient and they played the final holes great under pressure. We are very excited for Coach Ellis and the team’s first trip to the state tournament. Ellis is a great coach and does an excellent job preparing our young men for success.”

The Mustangs will now head to the state tournament. The two-day tournament will begin on May 9 at Legends Golf Course in Austin