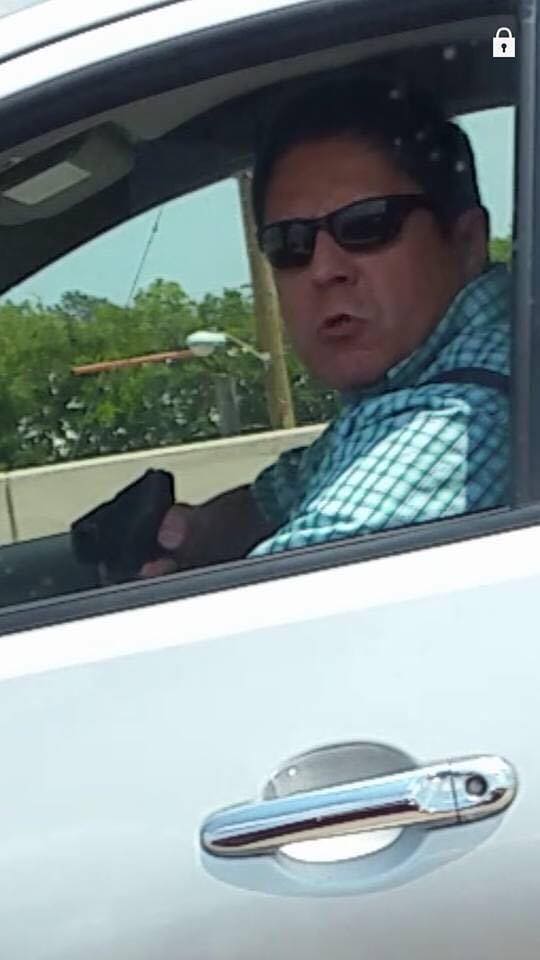 Victoria Best, who took the video footage, said she was on her way to work Friday afternoon when the person in front of her on northbound Interstate 35E began braking dangerously.

“It was like he was trying to cause a rear-end accident,” Best said. “That was what made me pick up my phone and start recording.”

Best went on to say that she didn’t realize until she watched the video at work, that the driver had pointed a gun at her as she passed.

She then posted the video to Facebook and it has since been shared over 72,00 times on various social media platforms.

Monday afternoon the Lancaster resident and Dallas Zoo employee turned himself in to local authorities. After questioning, Sida admitted to brandishing the firearm–but contends that he thought the complainant Best had a gun as well.

Sida remains in Tri-City Jail in DeSoto on $1,000 bond and faces a misdemeanor charge of Deadly Conduct.

Using weapons in a dangerous, threatening, or reckless manner is a crime. In Texas, the reckless use of a weapon is known as “deadly conduct” and can be charged as either a misdemeanor or felony offense, depending on the circumstances.

While Texas is the only state that has a specific deadly conduct law, other states have similar laws. These laws have a variety of names, such as unlawful discharge of a weapon, negligent discharge, etc.

Currently officers have charged Sida with a misdemeanor which may result in a fine up to a year jail time.