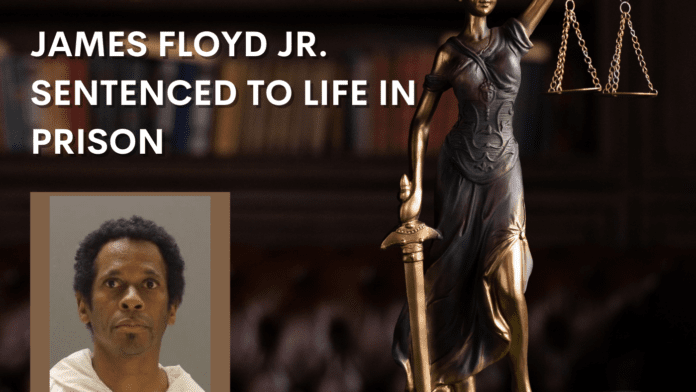 (Fort Worth, TX) – A Tarrant County jury on Wednesday sentenced James Earnest Floyd Jr., 55, to life in prison for a 2017 aggravated robbery.

Floyd – who chose to defend himself in the trial but had three court appointed standby attorneys to help when asked – was convicted of breaking into John and Diane Porter’s home on March 28, 2017.

He beat John Porter, 69, with metal table legs, shot him in the head, shot Diane Porter in the stomach, stole the couple’s bank card and demanded their PIN number. He said he would be back to kill them both if the number didn’t work and drove off in their 2008 Kia Sorento SUV.

The couple’s ATM card and SUV were found about 65 miles east of Fort Worth in Terrell, where Floyd lived and was arrested. Hair in the Kia was linked to Floyd; the firearm used in the deadly home-invasion style robbery was linked to Floyd; a nearby resident said Floyd was in the neighborhood the morning of the assault. Floyd’s own vehicle, a Ford Focus, was found with a flat tire not far from the Porters’ home.

Assistant Criminal District Attorneys Lisa Callaghan and Art Clayton detailed other crimes Floyd has committed, including the aggravated rape and aggravated robbery Floyd was convicted of in Kaufman County in 1983.

Callaghan spoke of Diane Porter and how her life changed in a matter of moments because of this attack. “It cannot be remedied,” she said. “It’s time for her to have some justice.”
“You know what the proper sentence is – it’s life,” Callaghan said. “It’s nothing more and nothing less than what he deserves.”

Clayton told the jury that Floyd is broken and that “there’s just something wrong” with him. He talked about the trail of attacks that Floyd left in his wake when he hasn’t been locked up in prison.

“All this is a wasted life,” Clayton said. “He has repeatedly shown that he chooses to be violent. You can put an end to that today.”

A separate capital murder charge against Floyd is pending an appeal in the Second Court of Appeals.