Home News Financial Advisors Give Advice For Surviving This Pandemic 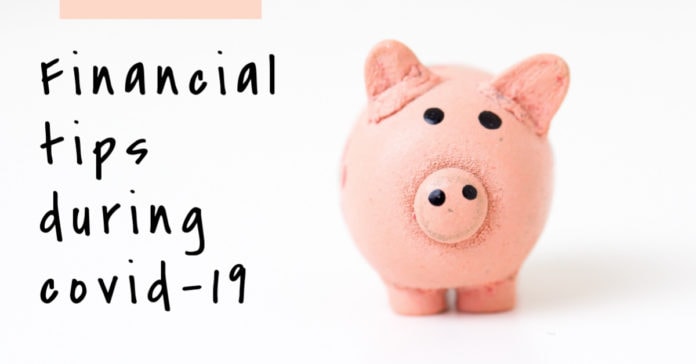 Focus On The Future

Among the many challenges brought on by the COVID-19 pandemic is the quest for financial peace of mind. From losing a job and/or a business to wondering what can be done to prepare for a future filled with uncertainty, folks are looking for answers in a world filled with questions.

Above all, stay patient, said Melissa Stewart, a financial advisor with Edward Jones in Duncanville. While long-term goals may seem a bit diluted to some, she said do your best to keep them in focus.

“By keeping your focus on the future, you’ll be less likely to react emotionally to the news of the day. What matters most right now is the health and well-being of your family,” Stewart said.

In times of financial stress, credit cards are often perceived as a way of financial maintenance. However, Joshua Wilson, CMT/AIF and chief executive officer of Lake Point Advisory Group in Cedar Hill, recommends caution, but still making certain they remain available for emergencies.

“If you’re dependent on credit cards to get by, prepare for changes and start reducing your non-essential costs. Banks anticipating losses will likely raise borrowing standards, close dormant accounts or even cut credit lines,” Wilson said. “If you’ve got a dormant credit card account that you think you might need in an emergency, it would be wise to make a purchase on it and pay it off immediately, just to show some activity.”

Credit is the key

Credit is a key to the economy bouncing back, Wilson said, reflecting on 2008 when the nation last went into a recession.

“Investment and consumption are the engine that moves our economy down the tracks. Credit is fuel to that engine, what enables people to invest and buy,” Wilson said. “More fuel means growth. Less fuel means job losses, and job losses mean less consumption and less willingness to invest.

“Less fuel also means loan defaults, leading banks to have less faith in extending credit, and it becomes a vicious cycle. The tightening of credit is similar to 2008, but it has happened even faster this time. I believe we’ll see a bounce when the world opens back up, but that after the initial bounce, we won’t quickly return to where we were before.”

Like many, Michael Miller, CFP/founder and president of Miller Premier Investment Planning in Mansfield, advocates building an emergency fund of three to six months. While he understands that is not easy for many, he adds that such preparation doesn’t have to be in major investments or the like.

“In my opinion the best place right now is a savings account at your local bank,” he said.

Wilson said from an employment perspective, the nation has passed the recession stage and is in a depression.

“I think we’re fighting our way out of the sudden depression that punched the entire world in the mouth,” he said.

Miller said he believes these financial times are different from the recession in 2008 in one major way. He believes it will be shorter-lived. He said the stock markets are already telling us this.

“We had the quickest and sharpest drop on record. But we also had an extremely quick rebound. The stock market is a leading indicator, meaning that it projects what is going to happen in the future, six to nine months down the road,” he said. “I also believe there is a lot of pent-up demand that will get released as we begin to transition out of our social distancing. I, for one, need to get some new clothes that fit me better after losing all of this weight.”

And, if a person has the wherewithal, Miller said now is a great time to take risks with finances. But only if all other bases are covered monetarily. Investing out of desperation can be dangerous.

Also, for those who are in such position, Stewart suggested remembering others, including charitable organizations. For example, if you don’t need the stimulus money from the CARES Act, this is a good place for it.

“During this difficult period, the demands on many charitable groups are greater than ever – and these groups could use as much support as possible,” she said. “And now, thanks to another provision of the CARES Act, when you contribute cash to charitable organizations, you can receive a tax deduction – known as an above-the line deduction – of up to $300 from your taxable income, even if you don’t itemize.”

For young people entering the world of finance, Wilson offers some simple advice. Live poorer than your friends. Learn to save and delay gratification.

“We live in an instant gratification culture, and that culture has its strongest influence on youth,” he said. “If you’re the first to have all the small luxuries of life, you’ll likely be the last to have the things required to lead a prosperous life.”

Miller recalled learning something as a homeless teenager that changed his life, the magic of compound interest. He asks the question, which is better to accept, $3 million today or a penny doubling in value each day for a month?

“That penny doubling every day will end up putting over $10 million in your pocket,” Miller said. “So, regardless of income you can achieve financial independence if you start early enough.”

And what about those who are at or near retirement? Wilson recommends that perhaps they should be the most cautious of all when it comes to finances.

“If you bury your head in the sand and say things like ‘I don’t want to make any changes,’ then you’re signing up for an outcome that is worse than it could’ve been if you’d have been opening to planning for the next phase,” he said. “If you’re barely scraping by, now really is the time to hunker down and try to reduce your fixed expenses.”