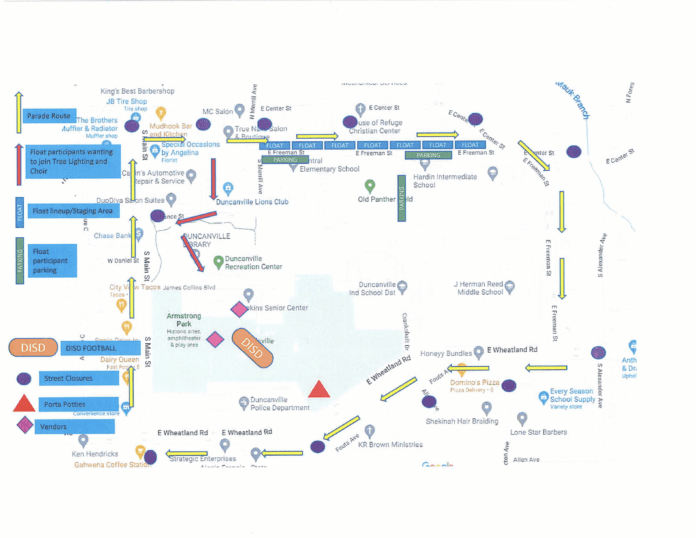 January 12, 2023 – For the fourth time in the past five years, the DHS football team returned to the UIL 6A State Championship game with this matchup bringing the state’s top title home to the City of Champions.

The City of Duncanville is hosting a parade honoring the 2022 6A Division 1 State Champions. The community is invited to attend this celebratory parade to congratulate the team and the coaching staff for their accomplishment. The UIL Championship parade will be held Friday, January 13, 2023. The route begins at 7:00pm on Wheatland at Freeman Street in Duncanville, with a recognition ceremony starting at 7:45pm at the amphitheater in Armstrong Park, 100 James Collins Blvd, Duncanville, TX 75116.

Head Coach Reginald Samples has one of the most decorated coaching careers in state history. He has more than 30 years and over 300 wins as a head coach at Lincoln, Skyline, and Duncanville. He has developed Duncanville High School football into one of the most dominant teams in Texas. “Our players have a lot of class, and they play hard” said Coach Samples. “I want another one!”

“I am very proud of Coach Samples, his coaching staff and these young men.” said Superintendent Dr. Marc Smith. “This team had an undefeated season and was relentless in their pursuit of the state championship title.”