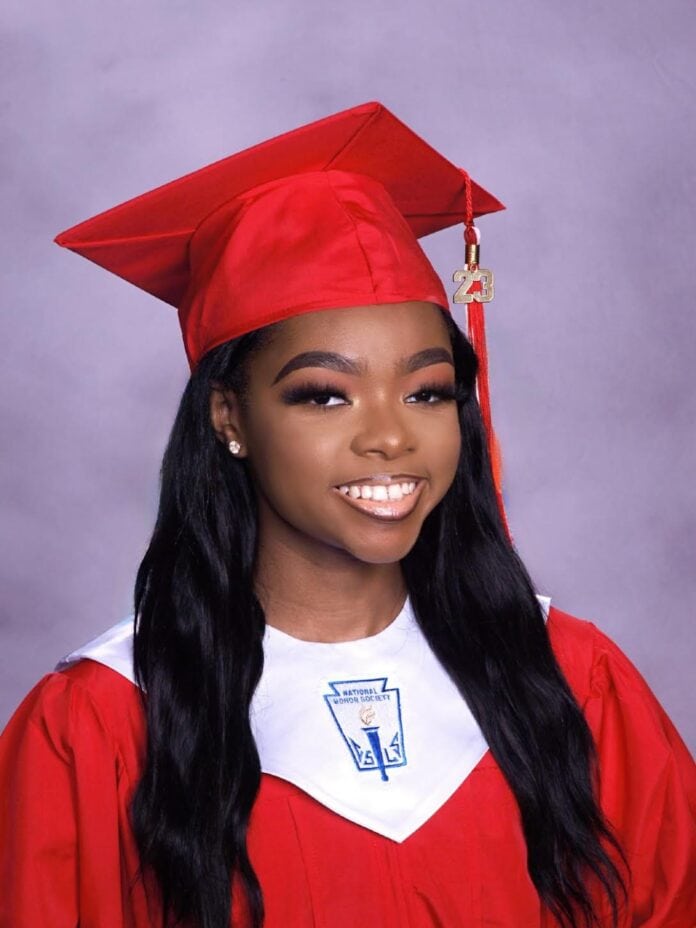 CEDAR HILL, TEXAS) Dionn Megginson is just a semester away from becoming the first 15-year-old to graduate from Cedar Hill High School in the school’s 120-year-history.

Megginson, who turned 15 years old on December 5 and ranks second in the Class of 2023, acknowledges the accomplishment, but she’s so humble that she’s not doing kart-wheels about it.

She saves those for the Cedar Hill High School Highsteppers Dance Team, of which she’s a member.

So how did Megginson make this possible?

She tested out of three grades – Kindergarten, Fifth Grade and Eighth Grade. Megginson took her first college-level course at age 12 (Speech) shortly after graduating from Permenter Middle. She completed an Advanced Placement (AP) Calculus course two years ago during the COVID-19 Pandemic.

“We knew she was very smart early on, but we didn’t know it would be to this extent,” said Sharon Megginson, her mother. “She started reading at age 3, and she was just mastering it. When she went to pre-school, her teacher noticed it immediately.”

“Dionn is a young lady with high integrity and a humble heart,” Henderson said. “Her character supersedes her elevated level of intelligence. Her commitment and self discipline places her ahead of the rest, but her compassion and concern for others makes her extraordinary.”

Age-wise, Megginson would be a freshman right now. She’s been able to adapt and make friends with her senior year classmates, most of whom are currently 17 and 18 years old.

“The other scholars have been very welcoming,” Megginson said.

Megginson is very active on campus. In addition to performing with the Highsteppers, she’s the Parliamentarian for the National Honor Society, a GEAR UP Ambassador, a member of the Spanish Club and a former member of the Chess Club. Megginson will join the Business Professionals of America (BPA) this year, and she represented CHISD at the Ron Clark Academy Amazing Shake competition in Atlanta, Georgia.

“Dionn is a very bright and hard working young lady,” said Michael Clear, a CHISD Administrator who previously taught Megginson at CHHS. “When she was in my Human Geography class as a freshman she was 11 and 12 years old. She belonged with the high school scholars socially and intellectually. When she was 12 or 13, she was writing on a college level and was among the best scholars in the course.”

She’s enrolled in Cedar Hill High School’s Early College Academy (ECA) and will have approximately 50 credits when she enrolls in college in the fall of 2023.

“Dionn is an amazing young lady,” said Dr. Trevena Nelson, CHHS Associate Principal and head of ECA. “She is intelligent and well-rounded. She participates in various clubs while still maintaining high academic performance. I am proud of her and her accomplishments.”

Megginson plans to become a Real Estate Financial Analyst or Mathematical Statistician. Her mother is a Real Estate Broker and a professor of Real Estate at Dallas College-Cedar Valley.

“I’ve always liked Math and Business – when I understand, it clicks right away,” Megginson said.