Learn more about dinosaurs Aug. 31-Sept. 1 with Perot Museum’s Dino Fest, a paleontological party featuring “all things dinosaur.” All five levels of the museum will teem with dinosaur activities. Admission to Dino Fest is free for members, or included with general admission tickets for non-members.

Art activities, live interactions with modern day dinosaurs (birds of prey), workshops, lectures, and trivia are planned for Labor Day weekend. Activities include riding the iconic T. rexcalator to the T. Boone Pickens Life Then and Now Hall. There they can watch fossil preparators in the glass-encased Paleo Lab carefully extract 60-million-year-old fossils from large blocks of rock. The current fossil blocks are from the North Slope of Alaska, north of the Arctic Circle. Paleontologists from the museum discovered two new dinosaur species there in recent years.

The dinosaurs they discovered are Pachyrhinosaurus perotorum and Nanuqusaurus hoglundi. Fossil preparators have uncovered ribs, jaws and hipbones from these latest blocks, so Perot visitors may witness the unearthing of another new species! Join Museum scientists on their paleo adventures through a series of inspiring, behind-the-scenes paleo talks. Perot Museum Chief Curator/Vice President of Research and Collections Dr. Anthony Fiorillo discusses how his groundbreaking work in the Arctic connects to the intriguing specimens displayed throughout the Museum.

Dr. Ron Tykoski, the Museum’s curator of vertebrate paleontology, explains how scientists are working to answer questions about dinosaur lifestyles and behavior. Museum geologists and fossil preparators will lead visitors to uncover clues left behind in the fossil record. They provide a how-to on fossil preparation, and explore the final moments of the reign of dinosaurs just before and after the infamous asteroid impact.

Perot visitors can search for fossils modeled after the real discoveries made by Perot Museum scientists in dino dig pits on the Plaza. Or get up-close with live birds from Window to the Wild. Take a picture with Roxy, the Museum’s roaming life-sized velociraptor (primed for pre-historically perfect selfies). Preserve a paleo memory in a themed photo booth. Other activities include a chance to investigate how geologists and paleontologists determine the age of ancient life in “Dating Fossils.” Original sketches from the Museum’s paleo staff can be won in Dino Trivia. Find out how scientists determine what dinosaurs looked like with “Illustrating the Past,” and find out the surprising connections between prehistoric dinosaurs and birds in “What is a Dinosaur? Bird Edition.”

Guests ages 5 and under can enjoy prehistoric story times and hands-on activities in the Junior Paleo Lab. Other Dino Fest activities include a food truck, face painting, dino-themed treats in the Café, and “rocking” out to a live DJ on the Plaza. Adult beverages are available for purchase.

Perot Museum of Nature and Science

The top cultural attraction in Dallas/Fort Worth and a Michelin Green Guide three-star destination, the Perot Museum of Nature and Science is a nonprofit educational organization located in the heart of Dallas, Texas. With a mission to inspire minds through nature and science, the Perot Museum delivers exciting, engaging and innovative visitor and outreach experiences through its education, exhibition, and research and collections programming for children, students, teachers, families and life-long learners. The 180,000-square-foot facility in Victory Park opened in December 2012 and is now recognized as the symbolic gateway to the Dallas Arts District. Future scientists, mathematicians and engineers will find inspiration and enlightenment through 11 permanent exhibit halls on five floors of public space; a children’s museum; a state-of-the art traveling exhibition hall; and The Hoglund Foundation Theater. 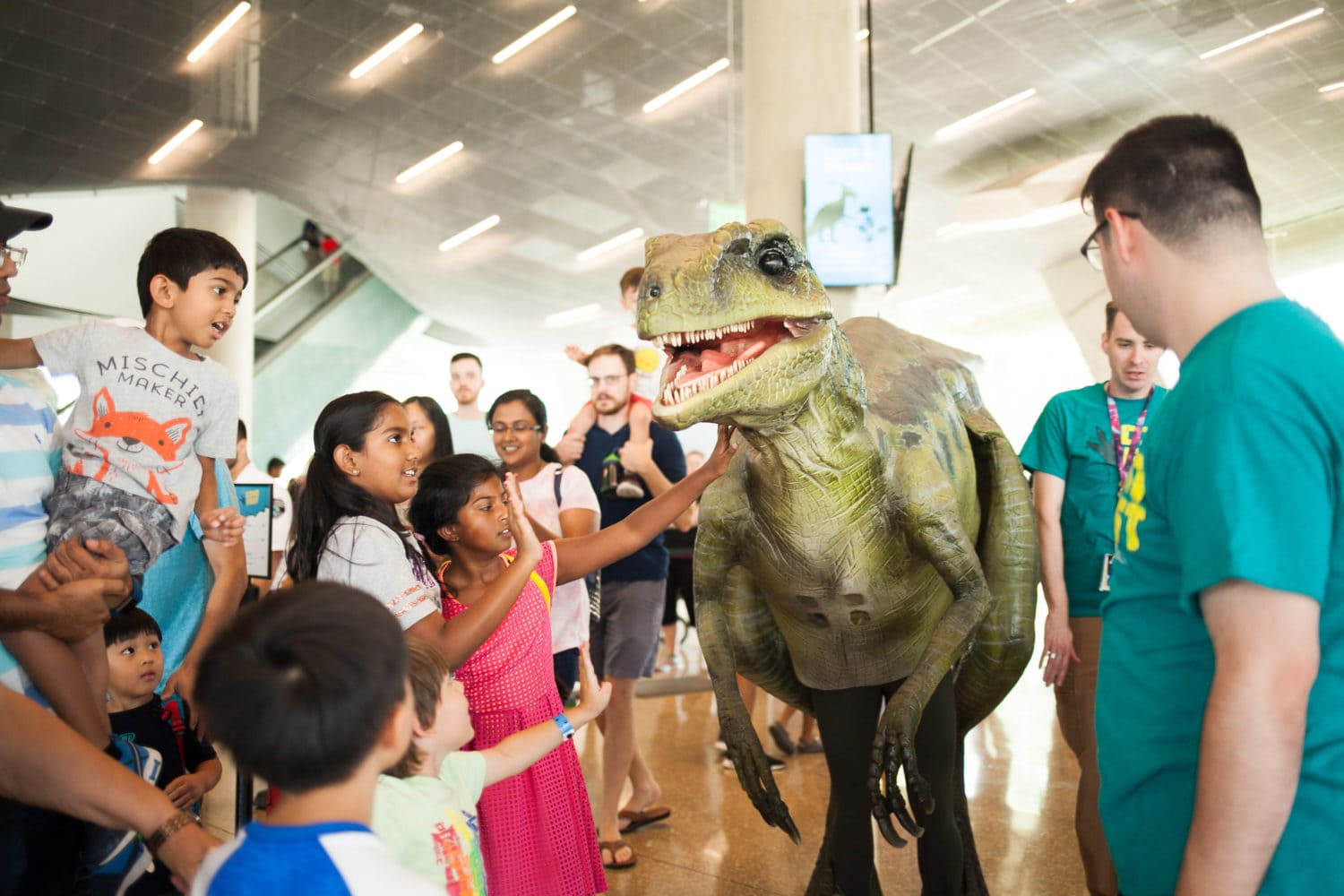