Raised in a home with a disabled mother, Tia Einhorn grew up with a sensitivity for the needs of others. “By the time I reached kindergarten, I had already grown accustomed to opening doors for others and carrying their bags – behaviors that do not typify five-year-olds. The nature of my upbringing, having a keen thoughtfulness, exposed me to the impact of service.”

This holiday season, Tia is ready to help children that need a little something extra: a listening ear, a friendly smile.

She’s excited about her current project and is searching for ways to connect children of parents with disabilities and other medical issues in the DFW area to each-other so they can be supported as she has been by her community. “I know I was fortunate to have good people around me as my parents went through their medical difficulties,” Tia says. Helping others through tough times like she’s lived through has molded Tia’s present and future.

With hopes of expanding her support, she aspires to, one day, have an established organization which will provide additional support to these children. Her biggest dream is for that circle to expand and grow into helping many kids around the state and beyond. She wishes for that dream to coincide with her future career as a lawyer as she will be able to provide more ways of support.

A Life of Service

Tia has led to a life of service, both in her school and within her Jewish Community and the Dallas community as well. Even on the weekends, when most kids sleep in, Tia is out helping others, like participating in Friendship Circle, a Jewish organization that brings together children with physical disabilities and those wishing to serve. Tia modestly says, “I just go and play with the kids.” But she adds, “My service to others has taught me to keep an open heart and open mind with each person I encounter–not every struggle is visible.”

She’s raised money for a school in Malawi, has volunteered numerous times at Vogel Alcove, a daycare for homeless children, and worked for hurricane relief for Houston. Now she is working to find a way to connect children of parents with disabilities to each-other so they can be supported as she has been by her community. Helping others through tough times like she’s lived through has molded Tia’s present and future.

A Future in Law

Tia credits a popular movie she enjoyed as an eight-year-old that inspired her to seek a career helping others. “I saw ‘Legally Blonde’ and fell in love with the beauty, glamour, and ‘pinkness’ of Reese Witherspoon’s character,” she admits with a laugh, “I was captivated by Elle Woods’ ambition–-her persistence to achieve her dream of becoming a lawyer.”

Soon she became her family’s ‘lawyer in-training.’ “I would write ‘contracts’ and persuaded the parties involved to sign on the dotted lines. My parents supported me in my legal endeavors and supplied me with legal notepads and “sign here” stickers. In time, I expanded my services to include friends and neighbors.” Although her pursuit of law began as playful fun, it has matured into an earnest journey. She started reading her aunt’s law dictionaries and watching videos covering court cases, and TV dramas like Law and Order. At events she would bombard every lawyer in sight with questions written in her glittery, purple notepad. Now at seventeen, she’s witnessed the justice systems’ failure in supporting vulnerable minors, especially in cases involving the foster care system and children with disabilities. Tia now hopes to become an attorney who protects children.

Born in Petach, Tikvah Israel, and raised in Shoham until Tia came to America at the age of five, the daughter of immigrants, English was not her first language. The family lived in Virginia Beach, and moved to Dallas as Tia was entering the 7th grade. She has one older brother, Roy, 19, who is attending his dream college, NYU, where he’s studying Film and TV Production. “I couldn’t be any happier for him!” Now it’s her turn to get into the college of her choice.

A senior at Yavneh Academy of Dallas where she is Captain of the Varsity volleyball team, Tia is also senior managing editor of the school’s award-winning student newspaper, “The Bulldog Print.” She obtained that top job after climbing the leadership ranks, starting as a reporter freshman year. And she’s an active member of BBYO – the largest Jewish youth group organization in America. Tia has held numerous leadership roles, this year as Vice President. She is also serving as North Texas-Oklahoma’s 35th Regional Vice President.

She oversees all events for the region’s 900+ members. Plus, she’s planned and coordinated two conferences with over 200 Jewish high school attendees from Dallas, Fort Worth and Tulsa. She enjoys knowing that she can give back to an organization that gave so much to her.

Last year, Tia was accepted into a competitive internship program at StandWithUs, an organization educating others about Israel. With over 475 applicants, only 100 juniors and seniors are accepted. Tia thought she’d apply as a junior and then when she didn’t get accepted, she’d re-apply as a senior. However, she was surprised to be accepted right away.  Tia says the high school program gave her a platform within her community to inform others on the issue.

Tia has served the Jewish and Dallas communities in various ways. This includes a book drive where over 2,000 books were collected to be sent to Israel to teach young children English. Tia and a fellow Dallas intern presented the project at various schools and synagogues. They used the book drive as an opportunity to educate others. Receiving an overwhelming response from the community, more books than could travel were donated. The team decided to give back to their own community – distributing the extra books to underprivileged neighborhoods in Dallas. As they dispersed the additional books, they used it as a time to educate those unaware of Israel’s impact on the world.

Tia is taking her future seriously and hopes to continue her volunteering as she attends college. She has visited several college campuses including George Washington University, the University of Miami and the University of Maryland. Her dream college is Tulane University in Louisiana where she hopes to major in Legal Studies and Business. After college, she intends to go to Law School. Her goal is to open a non-profit firm, to help others who can’t afford a lawyer.

She hopes serving others will open doors for her, just as she has been opening doors for others since she was five. “Volunteering and making my parents proud,” is Tia’s goal, “and start living my best life,” just like Elle Woods.

Writer Judy Porter lives in Dallas and can be contacted at judy-porter@sbcglobal.net 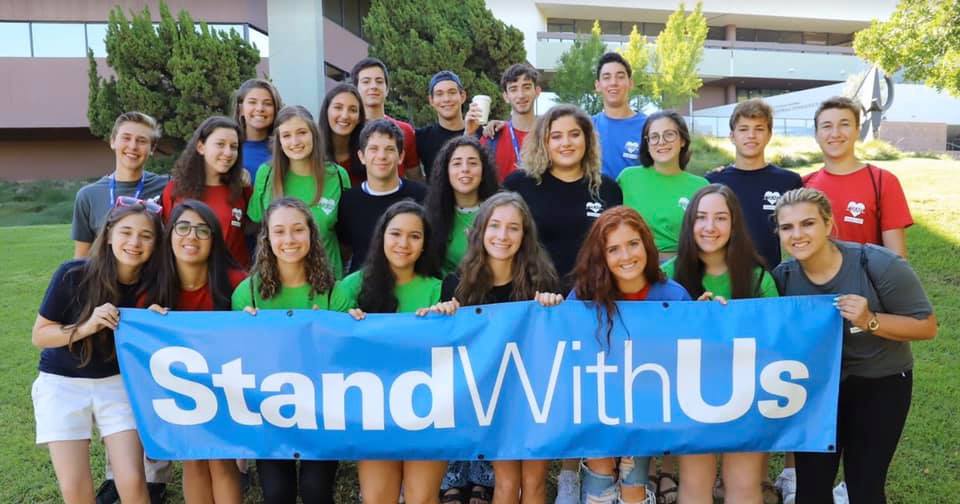