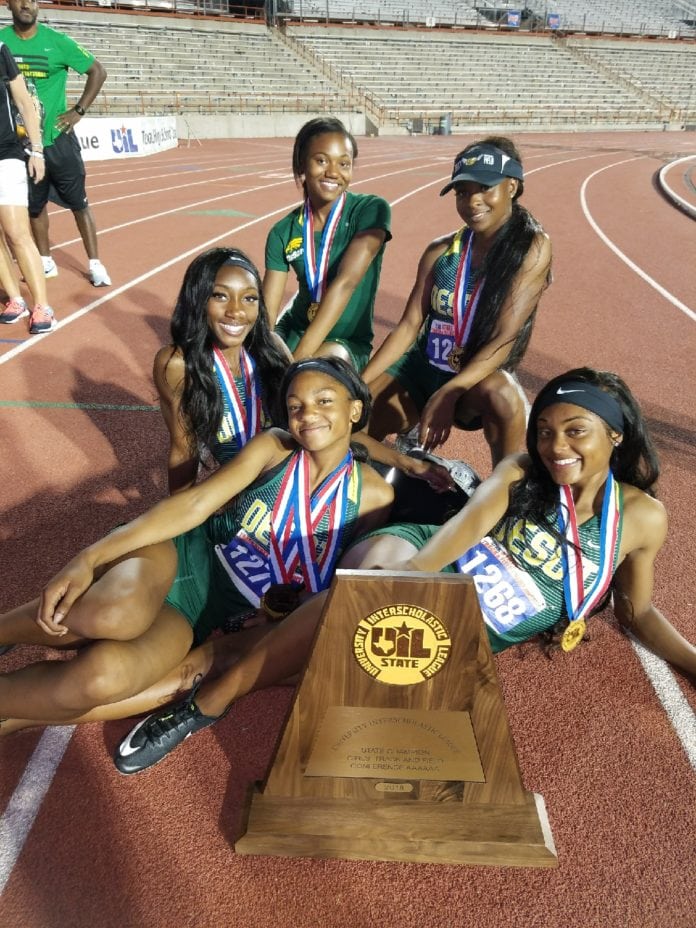 DESOTO—The DeSoto girls track team racked up 69 points to win the Class 6A girls team state championship for a third-straight season on Saturday at Mike A. Myers Stadium.

With the win, DeSoto moved into sole possession of third most team titles with its seventh. The Eagles are now two behind Dallas Skyline (9) and four behind Lancaster’s 11 team titles.

Since 2011, DeSoto has won six of the last eight titles, with two stretches of three-peats as champions mixed in.

The majority of their points came from first-place finishes in the 4X100 and 4X400-meter relays.

Villers Named Coach of the Year

Villers, a 1991 graduate of DHS, brought five State Girls Track titles to DeSoto ISD – four as the head coach and one as Brent Jones’ assistant in 2007.

She has also mentored her student-athletes with the goal of successfully transitioning them into collegiate athletes with over 30 of her protégés signing full scholarships and a host more who have gone on to sign partial or academic scholarships.

“Coach Villers is an excellent educator and coach,” said DeSoto ISD Athletic Director Larry Davis. “The passion and expertise that Coach Villers extends to our students and student-athletes is unparalleled. We are extremely fortunate to have her counted among our staff. Villers is a shining example of the excellence we are working to develop in our students and student-athletes here in DeSoto ISD.”