Home News DeSoto Girl Scouts Give The Gift Of Hope

DESOTO — If you’re a Girl Scout or know anything about them, then you know lending a helping hand is important.

Girl Scouts from troops in the Best Southwest area have been doing their part by working with Hope Supply Company and the Birthday Box Program.

“Our girls learned about Hope Supply Co. and their Birthday Box program while doing another community service project in the fall,” said Brownie/Junior Coordinator Troop 9416/SU213 leader, Tanya Clay. “Girl Scouts USA celebrates its birthday in March of each year and scouts can earn a special GS Birthday patch by doing a community service project related to birthday celebrations.”

Clay says the girls from these troops have made several “Birthday Parties in a Box” kits over the years so they wanted to do something different this year.

It was the Girl Scout’s families who donated the goodies. Clay said some of the girls even used their allowance to buy items. One of the troops even had a toy drive at their school.

“I was completely overwhelmed with the outcome of this service project,” Clay says. “We were hoping they could produce at least 50 birthday present boxes. But on the day of assembly the donated toys just kept coming in requiring several unexpected store runs for additional boxes. However, it was definitely a good problem to have.”

The Girl Scout motto is “building girls of courage, confidence and character” and Girl Scouts in the Best Southwest area do four large scale community service projects per year. There are two projects in the fall and two in the spring. Other projects include a recent Sunday dinner preparation for the residents at the Ronald McDonald House of Dallas.

“They planned, shopped and prepared the dinner with minimal adult involvement,” Clay said.

Hope Supply Company is an organization serving as a clearinghouse of donated resources to meet the critical needs of homeless and at-risk children across North Texas. The Birthday Box Program been going on for nine years.

Finally, Hannah Stephens of Troop 2244 concludes, “Being a part of the project felt good to work with others on a unified goal, to positively impact someone else’s life and show them somebody cares.” 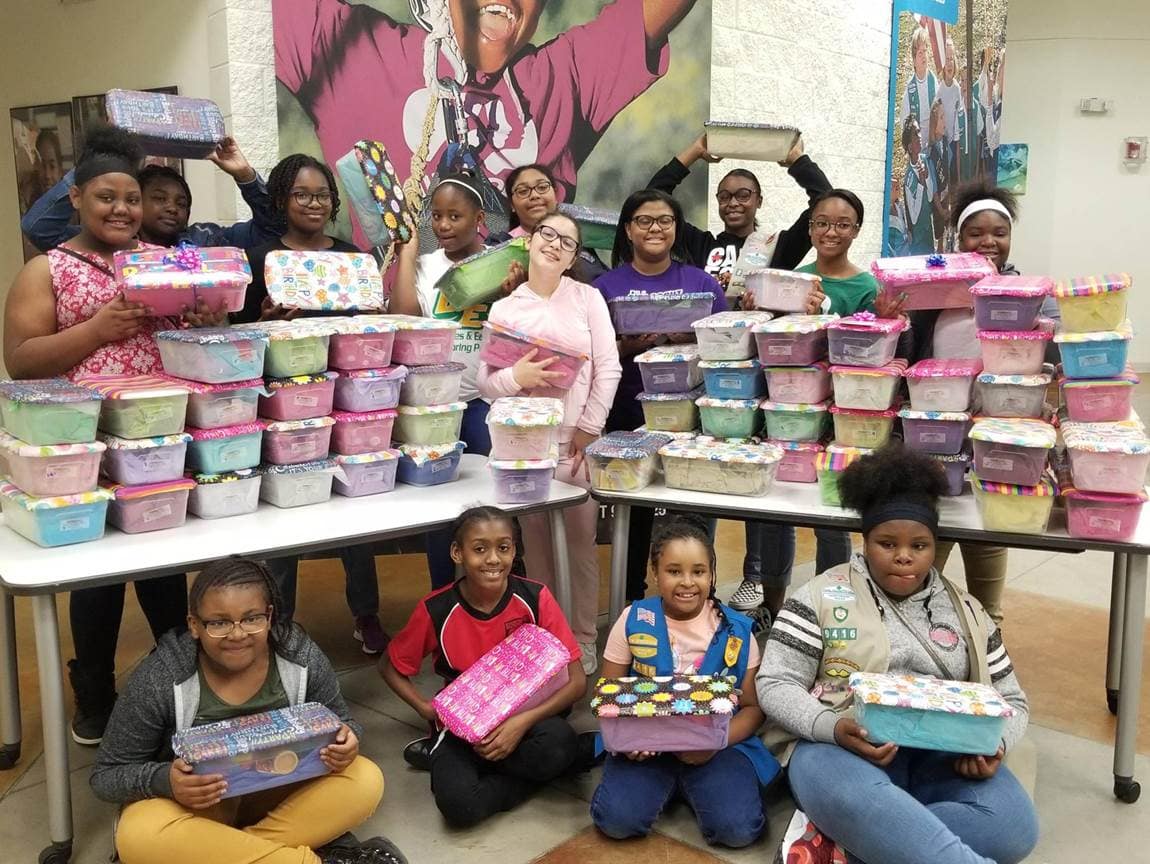