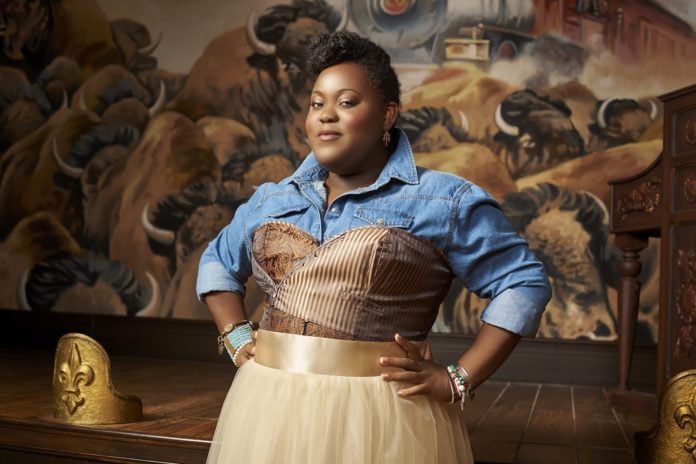 “I’m thrilled to launch this wonderful new musical at Dallas Theater Center and have the work of Kirsten Childs back on our stage,” said DTC Artistic Director Kevin Moriarty. “Bella An American Tall Tale is a smart, witty musical filled with the voices of characters whose stories have often been left out of our shared history. Kirsten rights this wrong with generosity, warmth, much hilarity and spell-binding music and lyrics. There is no one more suited to lead this production than the wildly inventive, highly theatrical and breathtakingly funny director, Robert O’Hara.”

The musical comedy is set in the Wild West with a soulful score. Bella An American Tall Tale tells the story of Isabella “Bella” Patterson, a young black woman in late 19th Century America who boards a train west to reunite with her Buffalo soldier sweetheart. On her journey, Bella will encounter the most colorful and lively characters ever to roam the Western plains. Bullets and fists will fly, heads and hearts will break, but blessed with a big heart and a voluptuous figure, Bella will breeze through it all.

“I’m so happy to be back in Dallas to bring audiences the larger-than-life tale of Bella,” Childs said. “After discovering a part of the American West that never made it into my school history books, I was inspired to write a tall-tale musical about people of color on the Western frontier – rootin’ tootin’ cowboys, bold soldiers, plucky mail-order-brides and hope-filled settlers – and the wide-eyed itty bitty gal who had an effect on them all. It’s a true thrill to watch the show come to life with a crackerjack cast, music, dance and design team, all under the guidance of the extraordinary director Robert O’Hara. I hope you enjoy Bella’s true story as much as I enjoyed making it up!”