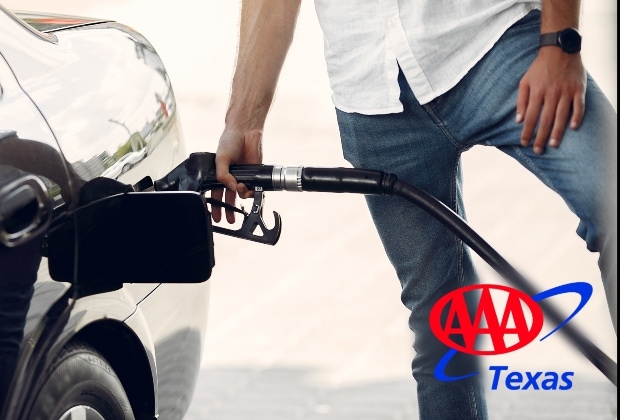 Gas Prices Are Still Higher Than Last Year, Expected To Fluctuate This Month

The statewide gas price average in Texas is $4.33 for a gallon of regular unleaded fuel, according to the AAA Texas Weekend Gas Watch. That price is 16 cents less than on this day last week and is $1.52 more per gallon compared to this day last year.

Of the major metropolitan areas surveyed in Texas, drivers in El Paso are paying the most on average at $4.44 per gallon while drivers in Laredo are paying the least at $3.98 per gallon. The national average price for a gallon of regular unleaded is $4.75, which is 11 cents less when compared to this day last week and $1.61 more than the price per gallon at this same time last year.

The Texas statewide gas price average experienced the largest weekly decline in 2022, dropping by 16 cents per gallon on average week-to-week, for regular unleaded fuel. While many drivers will be happy to see prices coming down, it remains to be seen if this is a trend or another round of price fluctuation, which has occurred numerous times this year.

The main factors behind the recent drop – crude oil prices are decreasing due to concerns about a decline in global demand later this year as well as increased supply regionally. However, July is typically one of the busiest months for road travel and gasoline demand. This in addition to Russia’s war in Ukraine and the uncertainty surrounding global crude supplies could cause prices to fluctuate and possibly move higher during July.

“The largest weekly decline in 2022 for fuel prices is good news for drivers, but we’re not out of the woods just yet,” said AAA Texas spokesperson Daniel Armbruster. “Gas prices will remain elevated compared to one year ago and could fluctuate in July, which is typically one of the busiest months in Texas for road trips and fuel demand.”

Drivers in Texas are paying the 6th lowest gas price average in the country, according to gasprices.aaa.com. Meanwhile drivers in California are paying the most at $6.19 on average for a gallon of regular unleaded.