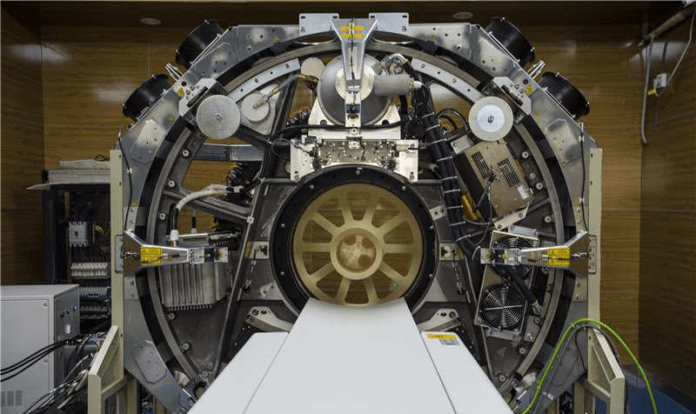 DIANA D’AMARI and DARREL JOHNSON: We are wondering why investigative journalists and agencies are not revealing this waste of money because influential scientists to not want to be accountable to experimental results from a test of their system in a controlled environment of a laboratory.

Now please tell us how your invention in particle physics can provide technological advantages in the field of Medical Imaging and the benefits of saving lives with an effective early cancer detection.

CROSETTO: In physics, good signals extracted from radiation are the characteristics of a new particle, but in Medical Imaging they are the characteristics of cancer cells that start their development. It is important to accurately capture all possible good signals from the tumor marker to reduce the radiation to the patient to the minimum level, to see the start of anomalous biological processes typical of degenerative diseases at the lowest examination cost. The Positron Emission Technology works by injecting into the bloodstream, swallowing or inhaling as a gas a nutrient compound (molecules of glucose, oxygen, carbon, etc.) tagged with a radioisotope (tracer).

The nutrient tagged with radioisotope is taken up by the body cells and its path and where it accumulates within the patient’s body is monitored by means of a device that can capture signals emitted (photon pairs) by the decay of the radioisotope. Because cancerous cells take up to 70 times more nutrient than normal cells, positron emission technology allows identification of those cells (or group of cells) that take up more nutrient than normal, thus a suspected cancer site

Representation of the principle of operation of Positron Emission Technology. Cancerous tissue (neoplasm) is identified by its natural nutrient uptake (for example: glucose molecules) labeled with a radionuclide. The positron e+ emitted by the radionuclide, after traveling for a distance D, annihilates (collides with) an electron generating two photons that are emitted in opposite directions and their signals detected by the 3D-CBS device.

Pairs of photons (or gamma rays) hit two locations on the detector almost at the same time (called in-time coincidence). The intersection of several Line of Response (LOR) connecting those points in time coincidence reveal the concentration quantity of the radioisotopes (or nutrient) in the body cells. 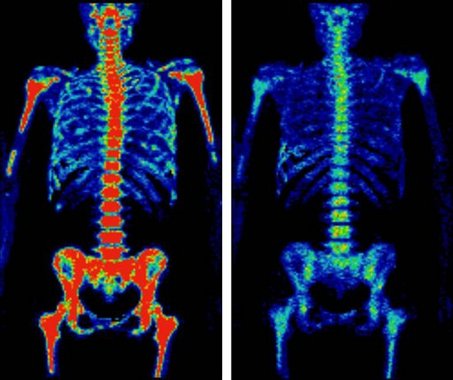 The current over 10,000 PET (Positron Emission Tomography) devices in use are capturing approximately one pair of 511 keV photons from every 10,000 emitted from the radioisotope in the patient’s body. My 3D-CBS technology that makes use of the 3D-Flow OPRA can more accurately capture 400 times the number of signals. This provides the advantage of requiring 1% of the radiation of the current 10,000 PET, enabling an effective early cancer detection and reducing the cost of the examination to 10% of the current cost.

The 3D-CBS (3-D Complete Body Screening) consists of the combination of two medical imaging modalities: the CT (on the left in the figure) measuring the density of the tissues (visualizing the anatomy) by sending X-Rays through the patient’s body (Transmission photons) and the PET (on the right of the figure) measuring the path and concentration of the tracer (nutrient + radioisotope) administered to the patient which is emitting pairs of photons (visualizing the activity of biological processes).

The 3D-CBS quantifies the minimum abnormal biological process for many diseases and for instance it displays the hot spot showing abnormality with different colors, providing also the precise quantitative information with a number (numerator in the figure) showing the measurement and the normal value (denominator in the figure) as we are used to see in the results of a blood exam. It measures minimum abnormal biological processes, before anatomical changes take place.

Monkeypox Health Alert Notification, No Confirmed Cases In TX Yet