I always think of a rogue as someone or something that is a bit out of the ordinary. A rogue is alluring, sophisticated, a cut above the normal and attracting a bit of mystery concerning it’s very being. Those of an era even before mine will understand a bit when I mention the name of a famous actor from the 1950s – David Niven … someone who often played the part of a sophisticated … well … “rogue!”

From the very first time I drove Nissan’s sexy compact SUV I found it to be alluring enough that I would love to have it in my stable of vehicles – even though that stable has diminished in size considerably over recent years.

While the Nissan Rogue is compact in overall size, it doesn’t seem so when one is inside either of the two rows driver and passengers will occupy. Likewise for the cavernous rear cargo compartment (complete with a first aid kit attached to the rear of the back seat – always available heaven forbid it be needed!). If only we had the Rogue for our recent venture to the airport when we embarked on a day-long flight to Puerto Rico for a cruise to the southern Caribbean with what seemed like a million suitcases and two children in tow. Everyone and everything would have fit with room to spare! I won’t bore you with square foot iterations in that I don’t understand them either – only the size of the cavern and seeing by eye what-all will fit back there.

We’ve often written about the steep grade and the rock walls lining the descent of our driveway. Nissan’s unique and excellent Around View Monitor is a fantastic way to insure that we don’t accidentally take out a side panel on the way down the driveway. It was also of great use when backing into a tight parking space at American Airlines Center when we were hosted for a Dallas Stars game there during our week with the Rogue. Easy-Peazy as eight-year-old Hunter would say.

But, the benefits available on the base-priced $24,800 Rogue don’t stop there. One will find numerous amenities on-board and the possibility of adding another roughly eight thousand worth of options if one so desires. There are a number of safety shield 360 technologies available: Automatic Emergency Braking, Pedestrian Detection, Rear Automatic Braking, Lane Departure Warning, Radar-Based Blind Spot Warning, Rear Cross Traffic Alert and High Beam Assist.

Long drives are a breeze with Nissan’s special zero-gravity bucket seats (just ask Kristin about the time she drove a Rogue from Nashville to New York City!). The seats even make a shorter drive such as that from Midlothian to downtown Dallas much more pleasurable.

All in all, any week you can spend with a new Nissan Rogue is a great week. I certainly wouldn’t mind if they decided to leave this fuel efficient (27 mpg overall, 25 city and 32 hwy) beauty in our driveway another week or two. 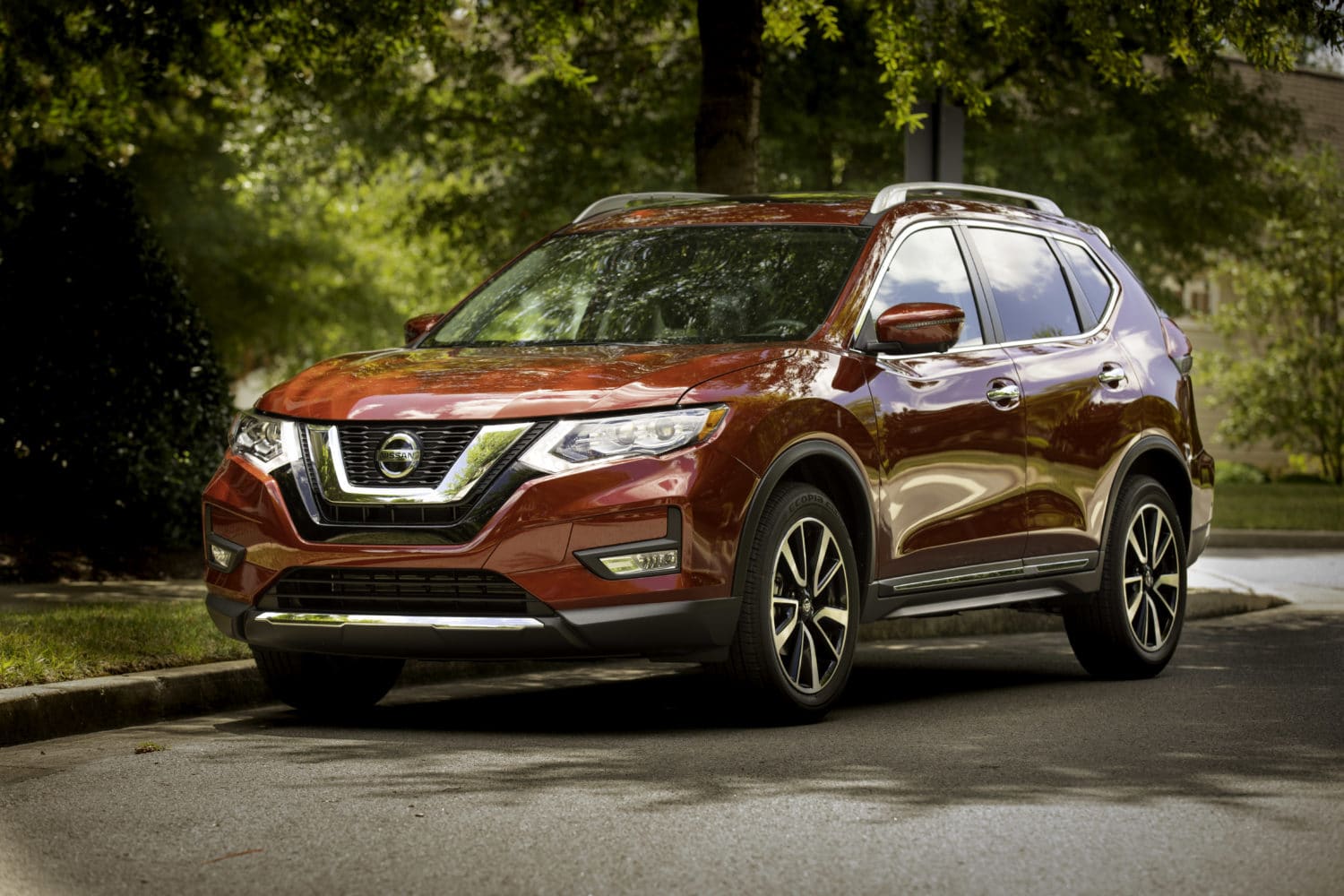