DUNCANVILLE—With so much football power in the Best Southwest, anytime neighboring schools face off there are bound to be sparks flying. Friday, the DeSoto Eagles are traveling down I-20 to defend their undefeated record against Duncanville at Panther Stadium in the 2016 Suburban Bowl.

So far this season DeSoto (7-0), and Duncanville (6-1) have had standout seasons. The two high powered offenses have made major improvements since the 2015 season averaging 30-45 points and 500 yards per game.

Both squads are led by Division I transfers – DeSoto by Shawn Robinson and Duncanville by Jaylin Nelson. Friday night’s contest could be determined by defensive side of the both lines.

DeSoto is fresh from an almost shutout victory over Irving (51-7) where the defense has started performing at the level that Head Coach Todd Peterman has been demanding.

As a matter of fact, the Eagles never allowed Irving to move the ball in any threatening manner. Irving only gained 68 yards the entire game.

With a record of 1-6, Irving was hardly expected to defeat the Eagles, but Peterman was pleased with the outcome nonetheless.

At first glance, the job of the Duncanville defense will be to quash Robinson’s connection to wide receiver Emmet Perry. Perry, so far this season, has amassed 517 yards and nine touchdowns. The most difficult task to reach pay dirt will be overpowering the Eagles’ offensive line and stopping their running game.

Robinson’s deep back field is comprised of capable running backs who have gained over 2,000 yards rushing this season. With the combination of Richie Washington (404 yds), Jamonne Williams (314 yds), Kelan Walker (313 yds) and KD Nixon (154 yds), the Panthers would be hard pressed to stop all these workhorses.

On the other hand, DeSoto might want to dust off some pass block drills this week. The arm of Jaylin Nelson isn’t to be ignored. His receiving corps of Tre Siggers (526 yds), Isaiah Upshaw (376 yds) and Jakari Brooks (195 yds) could seriously knock the Eagles defense off their game and their dogged control of the clock.

Last season the DeSoto offense hit the field hot and fast, scoring on their first drive. Much to the Eagles’ chagrin, the 53-yard touchdown pass from Tristan Wallace was the only score that DeSoto would claim until the final quarter.

The game held as a defensive battle with DeSoto holding a 7-0 lead at the start of the fourth quarter. A field goal extended the lead 10-0. Then a pass from Panther Quarterback Mike Meyers to Isaiah Upshaw made the score 10-7. This ignited the Duncanville sideline.

DeSoto would score again, but the extra point attempt would fail. DeSoto then held a 16-7 lead. With less than a minute left in the game Duncanville scored on a one-yard dive by Jakari Brooks. Unfortunately for Duncanville, an onside kick didn’t work for the Panthers. The Eagles squeaked into the playoffs with the win.

Creation of the Suburban Bowl

Entertainer and businessman Troy Peoples started the memorial game in 2005 and named it in honor of the great Bob Alpert.

Since 2004, DeSoto has won seven of the nine Suburban Bowls. During lapses after 2009, the University Interscholastic League district realignment took place. This sent DeSoto to the East Texas district with Longview and Tyler schools.

In 2012, DeSoto came back in the district and the Suburban Bowl was born. In the past, the memorial trophy would travel from school along with a year’s worth of bragging rights for the victor. After the 2008 game, the trophy vanished and was never recovered.

Now to solve this matter, there is a new trophy that goes to the winner each year. The winning team will forever keep their award in the winner’s trophy showcase. This trophy is sponsored by Focus Daily News, the official newspaper of record for the cities of DeSoto and Duncanville.

In 2014 Focus Daily News sports writers began the tradition of honoring the game’s MVP with individual medals to be awarded for posterity.

Good luck to both teams. 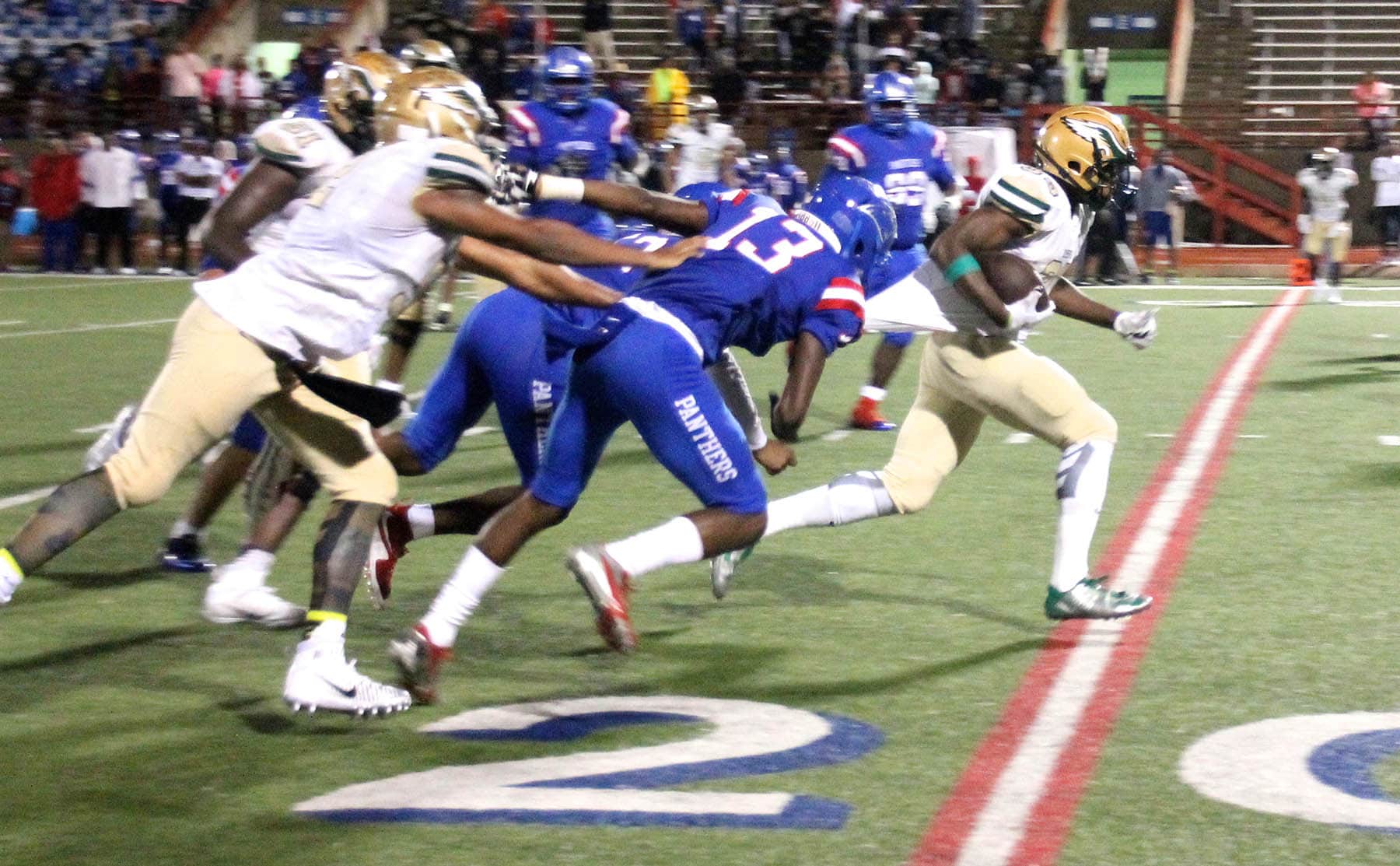