Texas Made Bourbon Tastings In Dallas

Some will argue bourbon must come from Tennessee or Kentucky to be “real bourbon”. I’d counter with, they just haven’t tried some of the whiskey being made in Texas. I’m a bit of a bourbon snob, preferring small batch whiskeys over the mainstream bourbons everyone has seen behind the bar. And I’ve experienced a few Texas bourbons that rank high on my list of best bourbons.

At the moment, I haven’t tried any of the Still Austin Whiskey Co.’s spirits. However, Still Austin Whiskey Co. is debuting its second limited-release batch of high-rye bourbon whiskey in Dallas with a series of tasting events starting October 16. Did someone say “tasting events”? Clear my schedule, I want to see why this bourbon made a splash in Austin during its initial release in May.

Drinking local is important to me, and I like that Still Austin Whiskey’s bourbon is crafted from 100% Texas-grown corn, rye and barley sourced from Texas farmers.

According to the distillery: Still Austin’s bourbon whiskey is made from grain to glass at the distillery. Still Austin’s Head Distiller John Schrepel and Master Blender Nancy Fraley perfected this bourbon through a diligent and lengthy process known as élevage, in which the bourbon weds to the local climate while maintaining a connection to its original Texas grains. The meticulous practice of élevage uses a slow-water reduction technique to lower the alcohol proof in the barrel over a 10-month period, extracting a unique depth of flavors from charred oak. While the barrels endure the wild swings of Texas weather, Still Austin added water each month to bring more mature notes, like vanilla and caramel to the forefront. The result is a confident bourbon with finesse and integrity.

“The benefits that Texas heat and humidity can have on barrel aging is truly remarkable,” says Schrepel. “At Still Austin, we don’t believe in taking shortcuts, so we spent a long time perfecting this bourbon. We couldn’t be happier with the final product and are excited to share with Texas, outside of Austin.”

“The bourbon is soft and round on the palate, with a surprisingly long finish, depth, and finesse,” adds Fraley.

I’m intrigued. So, where can you experience Still Austin Whiskey’s limited release bourbon?

Events will include tastings, educational demonstrations and unique specialty cocktails featuring the bourbon. See schedule and more information below.

If you live in Austin, check out Still Austin Whiskey’s distillery tours or tasting room. 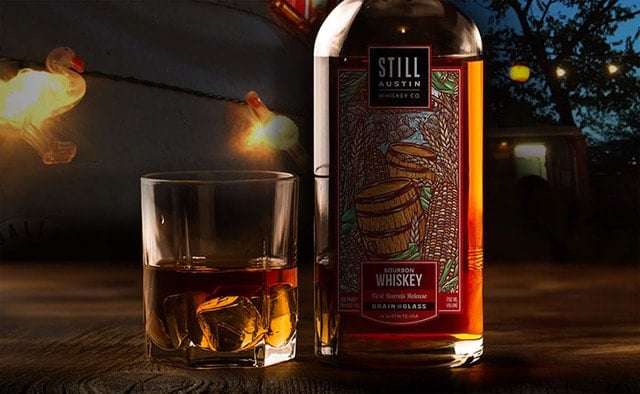