The Juanita J. Craft Civil Rights House & Museum Steering Committee established the selection process as part of their civil rights education and awareness initiative. Nominations were evaluated based on impact and active involvement in the community. Also commitment to social justice through notable efforts, and evidence of time and resources used to address issues in the community. In addition to the Catalyst Award, Legacy Award, and Visionary Award, for the first year a student received the Spark Award.

Mrs. Craft focused on the development of young people as leaders. This award is designed to recognize a young person between the ages of 14-21 making an impact in their schools, neighborhood, or local community. And by contributing to make our world an even better place now and in the future.

Spark Award Recipient – William Menifee, a 17-year-old student at Mansfield Timberview High School. As First Lieutenant in the Junior Air Force ROTC, he is making an impact in his school, neighborhood, the local community, and the DFW Metroplex. He is contributing to making the world a better place now and in the future. He is involved in multiple clubs and holds an officer position in many of them. Menifee received the Presidential Volunteer Service award at age 14 from President Barack Obama. He also received the Bronze ROTC Medal from The National Society of the Sons of the American Revolution for his outstanding leadership.

Focus Daily News recently caught up with William Menifee to find out more about this outstanding young man from our community. Here are a few things we learned.

Volunteering Is A Priority

William’s favorite subject is Math, and he plans to attend U.T. Arlington and major in nursing. Honored with a Presidential Volunteer Service Award at the young age of 14, he had participated in two canned food drives, three clothing drives, and two tooth brush drives. Also a Happy Feet shoe drive benefiting Ethiopian orphans. William has also served less fortunate families on Thanksgiving. He volunteered with Dallas Care Ministries and Cotton Wood Creek Cleaning in Grand Prairie;volunteered for Asia Times Square Lunar New Year Festival and Mid-Autumn Festival. He worked with Texas 10 on Tuesdays to Keep Texas Clean. Additionally he read to a child with disability, and volunteered to set up the Convenient Store at Lynn Creek Park in Grand Prairie. Other volunteer jobs were with the Human Trafficking Organization and Prairie Lights in Grand Prairie. He’s also worked the Grand Prairie Main Street Festival.

William’s family includes a 15-year-old brother, Richard P. Menifee. Richard is a 10th grader at Mansfield Timberview HS who’s also in AFJROTC. They live in Grand Prairie with parents Robert L. Menifee and VanDella L. Menifee, who are both retired from the Justice Department.

William says, “I love our family! We support each other My dad has been my inspiration. Dad is the smartest man I know. He gives me expert advice on various topics. He is my mentor and has taught me how to be the best of me. My dad believes in treating people the way you want to be treated, and that everyone has value.”

“My mother volunteers everywhere, and has taught me the importance of giving back to others,” William added. As soon as I was able to walk, I was volunteering!”

Following the Oct. 6 award ceremony, Councilman Bazaldua invited William to make a few remarks about his award at the next Dallas City Council meeting.

In addition to the Spark Award, these award winners were also honored at the Oct. 6 ceremony at the State Fair of Texas. 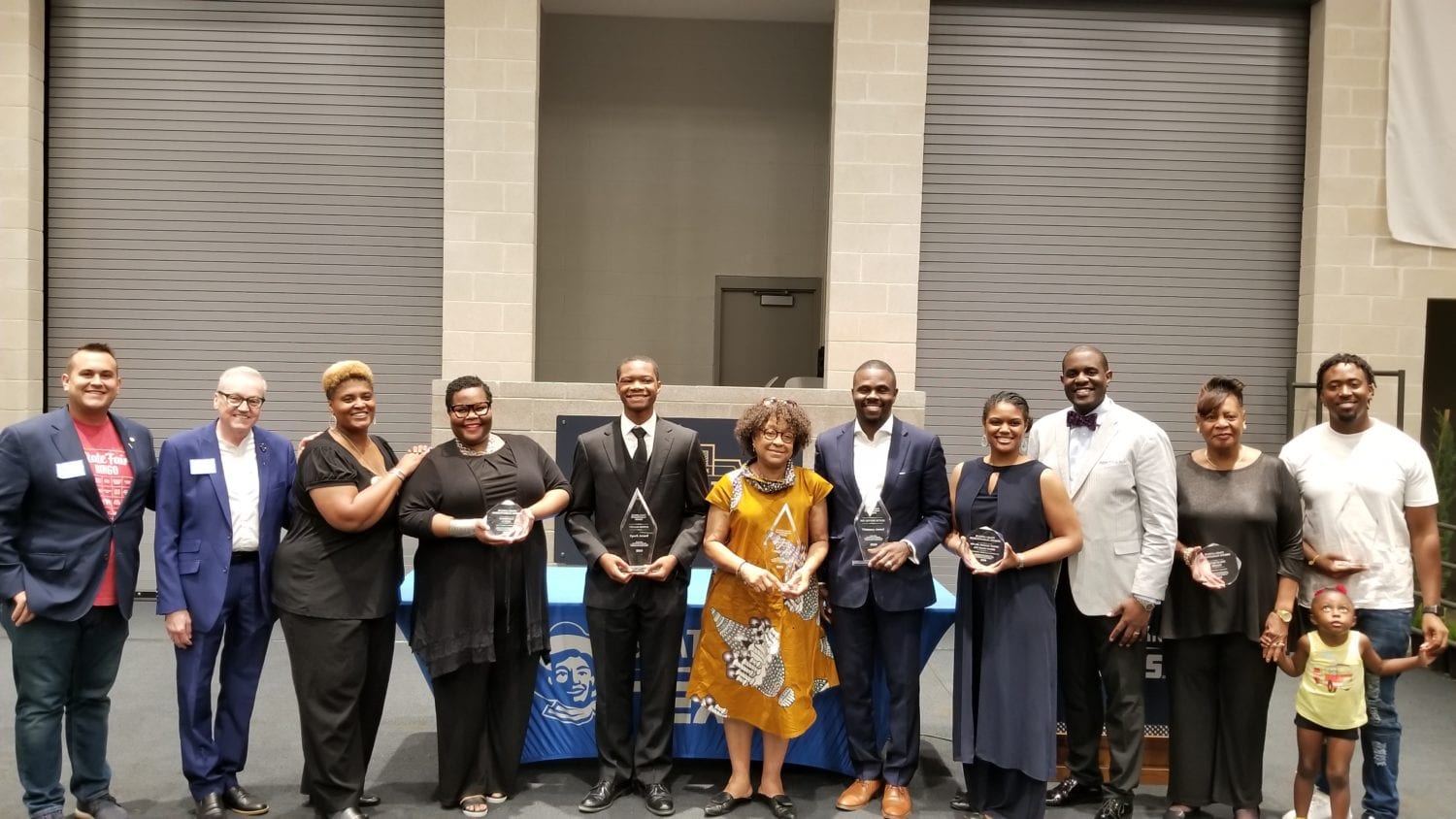