Theodore Roosevelt said, “Far and away the best prize that life offers is the chance to work hard at work worth doing.” Based on Carl Smith’s career in education, he must have believed it was ‘work worth doing.’ His career and his volunteer work was centered on educating children and showing appreciation for others that work in education.

Cedar Hill Superintendent Dr. Gerald Hudson said, “It is with great sadness that Cedar Hill ISD expresses our sorrow and regret over the passing of Midlothian ISD Board of Trustees President Carl Smith. Mr. Smith dedicated his life to the advancement of public education.

His impact was felt far beyond the borders of Midlothian. On behalf of everyone in CHISD, our thoughts and prayers are with our neighbors in Midlothian as they mourn Mr. Smith.”

Red Oak ISD said, “Prayers for our neighboring Midlothian ISD family following the passing of their Board President Carl Smith from complications with COVID-19. Please keep the family in your thoughts and prayers.”

Duncanville Chamber of Commerce President Steve Martin shared on Facebook, “Education and MISD students lost a great man and true supporter. Carl Smith made a huge impact in Duncanville and Midlothian. He was also a good friend and he also supported me and the Duncanville Chamber every year with our fundraisers. Carl, you will be missed but your Legacy will live on. R.I.P. Prayers and Hugs to Ann Margaret and the family.”

The following was shared on Facebook by Midlothian ISD:

Carl Lee Smith, Jr., beloved husband, father, grandfather, friend and educator, went to his Heavenly home on December 20, 2020, due to COVID-19 complications. Carl was 77 years old. Carl lived a life mirrored by his beliefs of God first, family second, helping others third. He committed his life to serving others as a teacher, principal, administrator and a two-term member of the Midlothian ISD Board of Trustees where he recently served as Board President. While he led a life of service, he was known as a kind, caring, thoughtful and gracious leader who always sought the best in others.

As a man of faith, Carl was an active member of Hillcrest Baptist Church in Cedar Hill, Texas. Carl always put others first, and never knew a stranger he didn’t welcome to the community. His greatest attribute is the way he motivated, encouraged, supported, collaborated and brought people together to focus on the greater good. He served as a Board member for Mentors Care; a non-profit designed to help teenagers in need of unconditional support and care showing them they can achieve anything and are limited in nothing. It is his heart and love for kids that will forever be his greatest legacy. In addition to his love for others, Carl’s wit and love for a dessert (or two) is what made him incredibly endearing. Carl was also an avid hunter, gardener and loved sharing the great outdoors with family and friends.

Born in Springfield, Illinois, on November 12, 1943, to Carl Lee and Ruby Mae Fowler Smith. Carl grew up in Denton, Texas where he graduated from Denton High School. He initially attended Oklahoma State University on a football scholarship, but ultimately graduated with his Master’s degree in Education from the University of North Texas. As a life-long learner, he continued to pursue his doctoral degree with only his dissertation remaining. He also earned his Superintendent of Schools certification.

Carl started his career in 1968 as a woodshop teacher in Duncanville ISD, then became principal and grew to the ranks of Assistant Superintendent of Personnel. After nearly 30 years in education, he shifted his career to serving school districts across the state of Texas by joining Scarbrough Medlin & Associates. It was through this work here he helped safeguard his clients to face the unexpected. As a consummate professional he was well-liked and responsive to his clients. He was often the first on the scene when these districts were in need. He worked with Scarbrough Medlin & Associates until his death.

During his final days, he was focused on taking care of everyone in his life and giving them peace of mind and encouragement that he was ready for his final journey toward a grand Heavenly reunion. As well, he wanted to assure Ann Margaret, his wife of 32 years, and his daughters Shelby and Hailey that they were the loves of his life and he never wavered on giving them strength and support.

Carl was preceded in death by his parents Carl and Ruby, sister Peggy, sister Claudia, brother Stephen, and daughter Penny.

Carl is survived by his wife, Ann Margaret, daughters Shelby Loper (Scott) and Hailey Painter (James) all of Midlothian, 8 grandchildren and 2 great-grandchildren.

A memorial service will be held on January 4, 2021, at 3 p.m. at Midlothian High School Arena. In lieu of flowers, please consider a donation to Mentors Care at https://mentors.care. 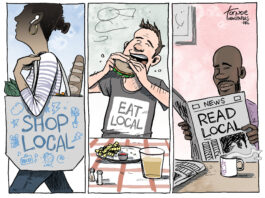 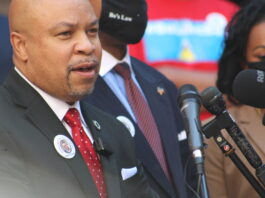 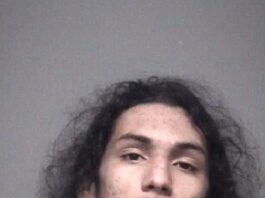