A Strange Turn of Events In Mansfield

Mansfield- The Mansfield Police doesn’t have a clue why a lady shattered the front door of their public safety building on Saturday. Nor, do they know why she attacked an officer’s Tahoe today. However, now that she’s been arrested and charged maybe they’ll learn more about her motives.

In a bizarre turn of events earlier this morning, an officer was patrolling on FM 917 when suddenly a vehicle stopped in front of him in the main lanes of travel. The female exited her car while carrying a metal object as she approached the officer’s Tahoe.

The suspect began yelling while striking his passenger window with the object until the glass broke. Needless to say, the officer took the woman into custody for intentional criminal mischief for today’s event. We also determined that she is the same woman who damaged our window at our headquarters on Saturday.

The suspect was charged with two counts of Criminal Mischief. A special thanks to an off-duty officer from another agency who assisted our officer earlier today during this strange incident. Also, thank you to everyone who helped us over the weekend in trying to get her identified. At this point, we are unsure of a motive.

On Saturday, the woman was videoed using a wrench to shatter the door at the Public Safety Building, and police were asking for help to identify her.

Mansfield’s FB Post: Do you recognize this female? It was a beautiful sunny day in our great city of Mansfield until she retrieved a wrench 🔧 from her vehicle and banged it against the glass door at the Public Safety Building. The glass shattered into pieces. We need your help in identifying this woman who put a damper on our day. The suspect’s vehicle is a white Volkswagen 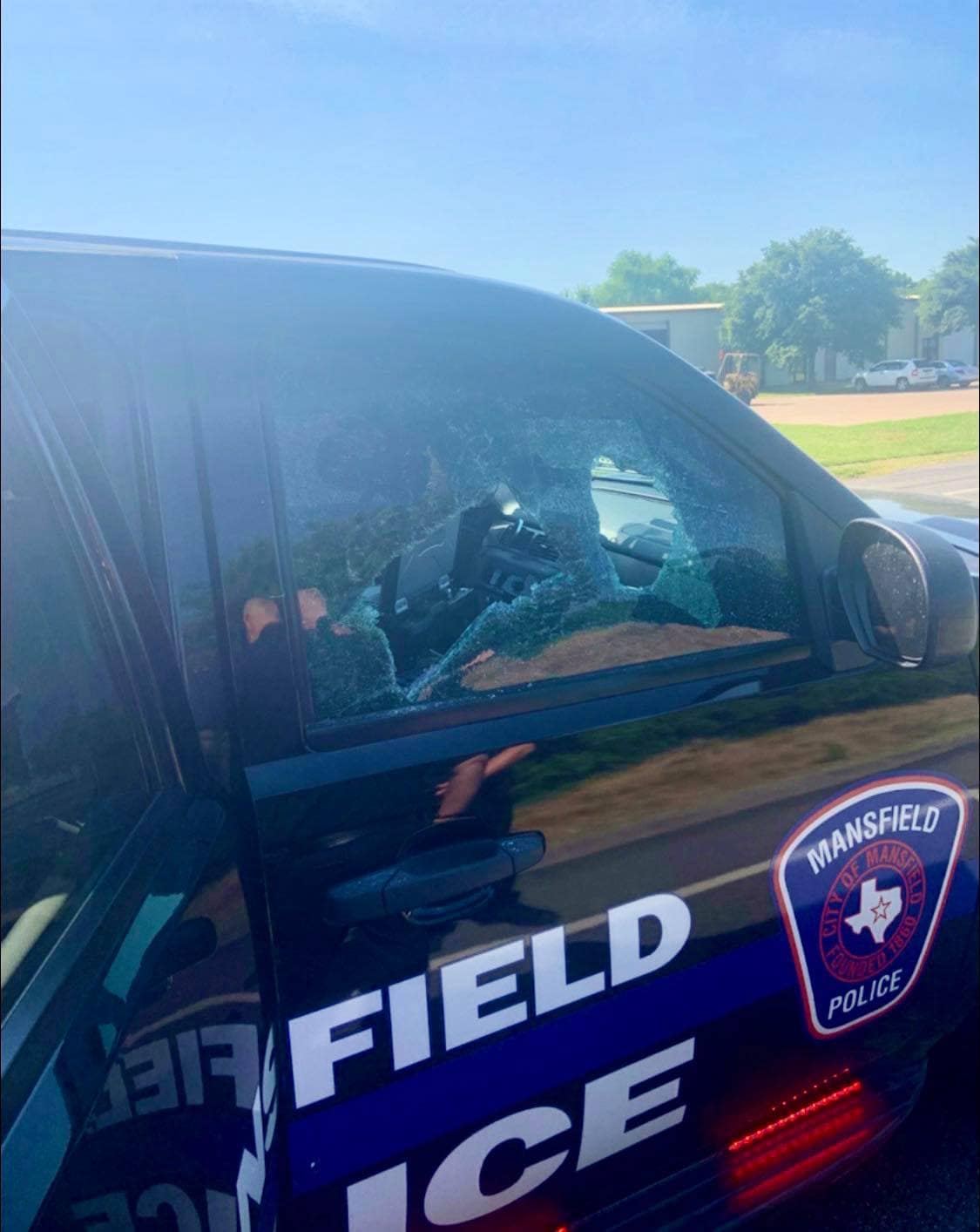