Director Scott Cooper also wrote the screenplay for “Hostiles,” an intense look at the unforgiving climate endured by American settlers in the 1890s. That era was equally rough on the Native American Indians forced off their lands by the settlers. This extremely violent film doesn’t flinch from showing atrocious acts on both sides.

“Hostiles” is seen primarily through the eyes of Army Calvary Captain Joseph J. Blocker (Christian Bale), a war-hardened veteran of the Indian wars. Bale is excellent as stoic Capt. Joe, forced to escort an old enemy, Cheyenne Indian Chief Yellow Hawk (Wes Studi), back to his tribal lands in Montana. The dying chief’s return to Montana with his family is part of a grand publicity stunt orchestrated by U. S. President Harrison in attempts to demonstrate mercy.

The opening scenes of a farmer and his family being attacked by Comanche warriors are interspersed with quieter scenes of Blocker and his troops sitting around the campfire talking about the old days. “Hostiles” viewers quickly learn to expect more horrific slaughter scenes just around the next bend. It’s difficult to predict which of these players, if any, is going to make it through to the end credits.

The gorgeous scenery captured by the cinematographer would make a great travelogue. Unfortunately, in this film the mountains/forests/rolling plains are primarily just a backdrop for bloodshed.

My favorite character in “Hostiles” is Rosalie Quaid (Rosamund Pike), a young widow rescued by the troops as they journey from New Mexico to Montana. She’s become something of a wild creature after seeing her family massacred, but her beautifully developed journey arc provides an inspirational center for the otherwise brutal film.

Also featured in the film are Rory Cochrane, Jesse Plemons and Bill Camp as soldiers; Adam Beach as Black Hawk, son of the Cheyenne chief; and Ben Foster as a former soldier convicted of Indian atrocities.

Fans of TV series like “Deadwood” and “Godless” or films like Clint Eastwood’s “Unforgiven” will applaud this realistic Western. There’s not any levity in this film, although the soldiers occasionally sing and laugh as they bond around the campfire.

But there is more than enough violence to justify the R rating. Entertainment Studios’ “Hostiles” runs 135 minutes, and opens in North Texas Jan. 5. One of my favorite elements in the film is the gorgeous scenery and cinematography captured 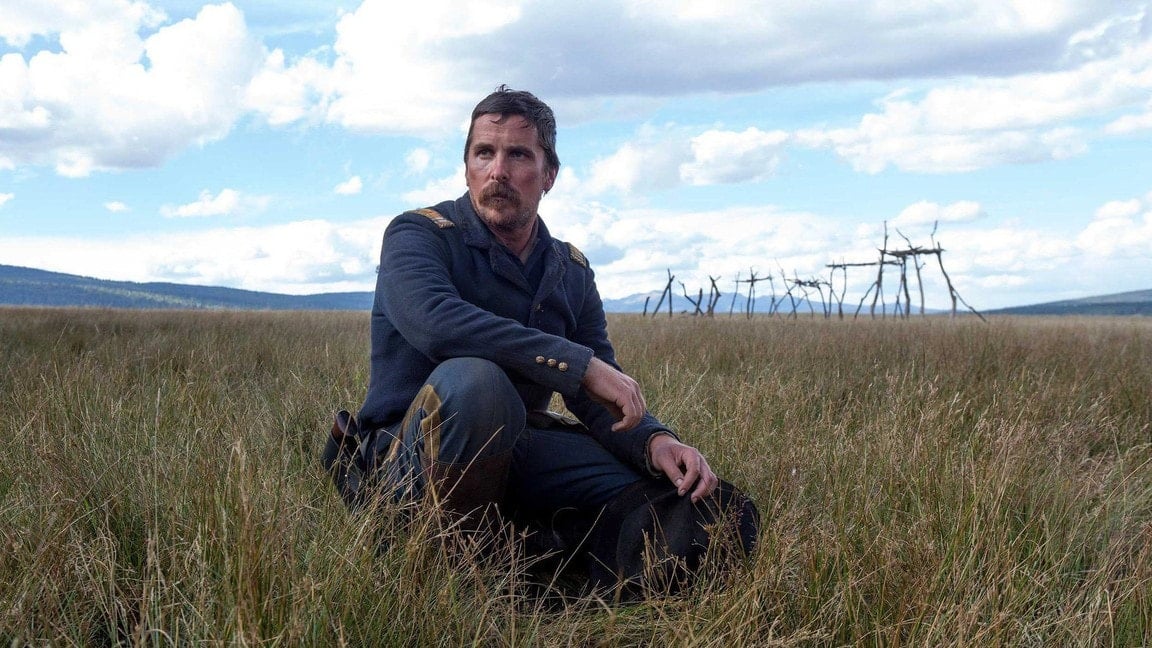