Home Entertainment H is for Happiness is a Delight
206 shares

It didn’t take long for me to fall in love with Candice Phee, the 12-year-old heroine of “H is for Happiness.” As played by Daisy Axon, she is an adorable, overly earnest, redheaded girl who lives with her parents in a small town in Australia.

Although Candice is almost irrepressibly optimistic and confident, she is a total outcast at school. That might have something to do with her always knowing all the answers in the classroom. She is definitely an over-achiever, the first to raise her hand while her classmates roll their eyes. Plus, she reads the dictionary for fun.

Her only friends are older adults from the neighborhood, who all seem to get a kick out of her good cheer. She tries to spread joy wherever she goes. Her special favorite is Rich Uncle Brian (Joel Jackson), and no wonder–he can’t say no to any request from his only niece. Douglas Benson (Wesley Patten), a new classmate whose fall from a tree left him with savant-type abilities, becomes her closest friend. Candice is concerned about his health, though, since Douglas believes falling from an even greater height will take him to another dimension.

My Life as an Alphabet

Based on Barry Jonsberg’s award-winning book, “My Life as an Alphabet,” Candice is on a mission to bring happiness (with a capital H) back to her family. Ever since the death of Candice’s younger sister, her mom (Emma Booth) has been a recluse. While her dad (Richard Roxburgh) is faced with financial troubles stemming from a quarrel with his brother (rich Uncle Brian). Candice remembers when her mom was an incandescent young woman who sang in the kitchen, so she is constantly scheming different ways to bring her parents back from depression. 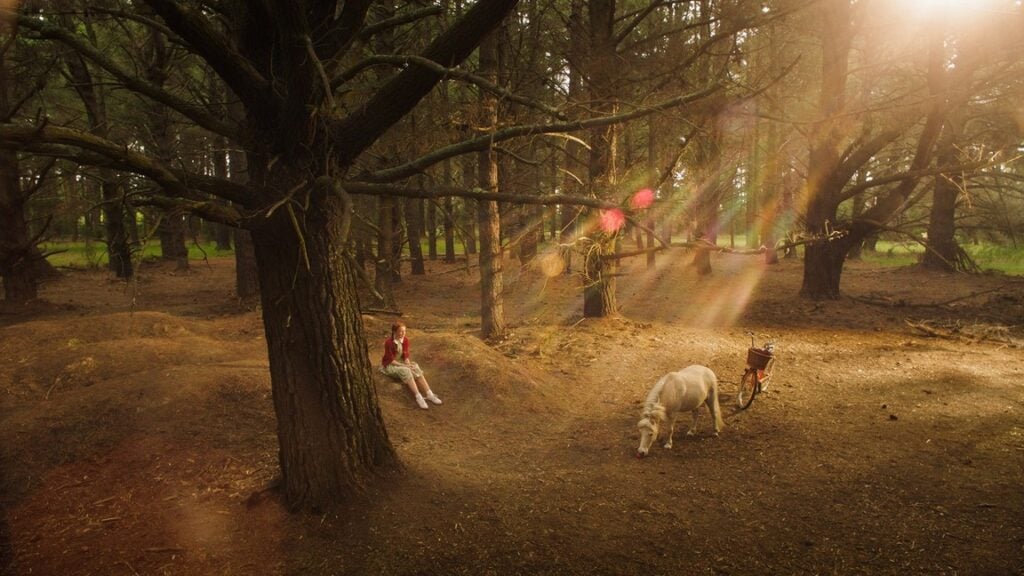 One of my favorite characters in the film is her teacher, played by Miriam Margolyes (Babe). She asks the students to demonstrate their talent by assigning them an alphabet letter to interpret. Candice plans a hilarious skit, with her as a platinum-wigged Dolly Parton and Douglas, a mustachioed Kenny Rogers, singing “Islands in the Stream.”

H is for Happiness

H is for Happiness is a comedy/drama, kids and family film written for the screen by Lisa Hoppe, and directed by John Sheedy. The Cyan Films release is available to stream on various platforms and outlets starting Sept. 18. The film is rated PG, and runs one hour and 38 minutes.

If this brightly colored film, and this effervescent heroine, can’t make you happy—at least for a while– you might need to see a doctor.