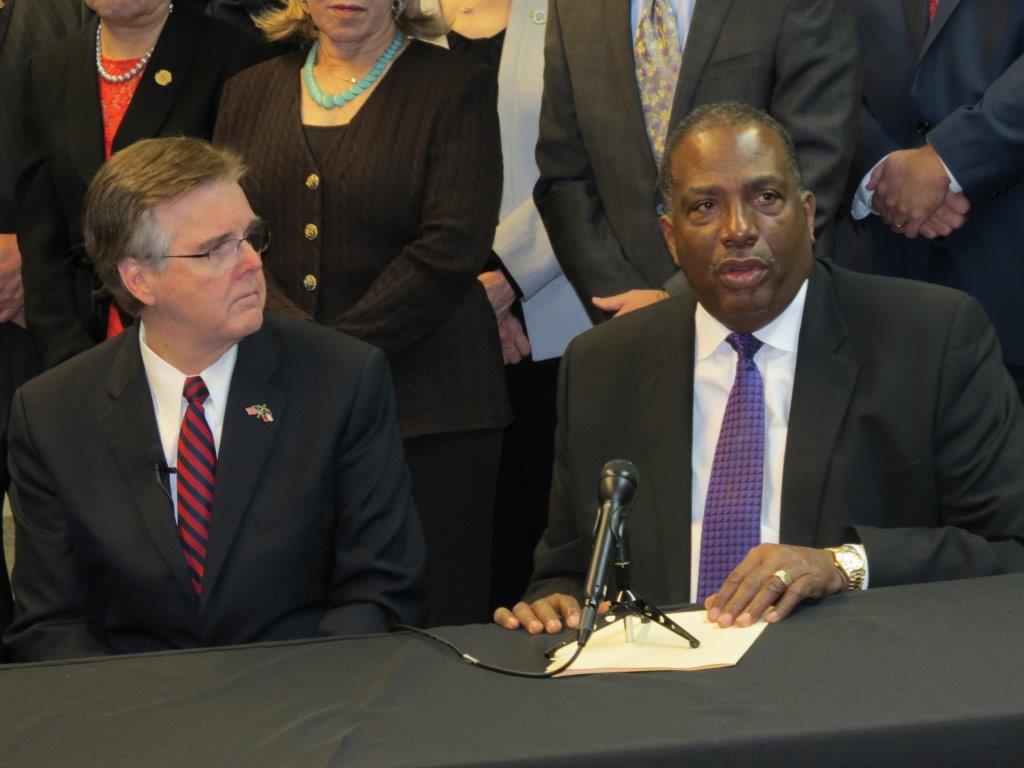 DALLAS—This week, I joined Texas Gov. Greg Abbott, Lt. Governor Dan Patrick and members of the Dallas legislative delegation at Dallas Police Association headquarters for the governor’s announcement of grants awarded under SB12 for the purchase of protective vests for thousands of Texas police officers.

During the 2017 Legislative Session, I authored SB12 at the request of Lt. Governor Patrick; largely in the aftermath of the horrific events of July 7, 2016 in Downtown Dallas that is indelibly etched in the minds and on the hearts of Americans.

SB12 created a $25 million grant program from which law enforcement agencies could apply to use to equip officers with vests or interchangeable protective plates capable of withstanding fire from high-powered automatic weapons. It passed the Senate unanimously and received only one “nay” vote from the 150-member Texas House.

Under the grant program, funds were awarded to more than 450 Texas law enforcement agencies. A total of 32,842 vests or items of protective gear will be purchased at a cost of $22.93 million. The Dallas Police Department’s grant was sufficient for the purchase of 2,565 vests.

The Dallas County Sheriff’s Department’s award will purchase about 317 vests. Police departments in Cedar Hill (26), DeSoto (78) and Duncanville (8) applied for and will be able to buy protective vests which costs on average about 1,000 each. To be eligible, local department had to submit grant applications by September 2017.

Tuesday’s grant announcement came on Law Enforcement Appreciation Day, another product of a package of bills supporting officers approved by the legislature during the 2017 Session.

And while we cannot do enough to support the men and women who protect us, I had the opportunity also to talk about SB30, the Community Safety Education Act that I was able to pass last year, also with overwhelming legislative support. This new law’s goal is to improve relationships between the community and law enforcement.

With SB12 and SB30 and other public safety-minded efforts working in concert, we could only hope and pray that the likes of what happened July 7, 2016 will never happen again.