Home News Glenn Heights “We Will Not Tolerate Racism” 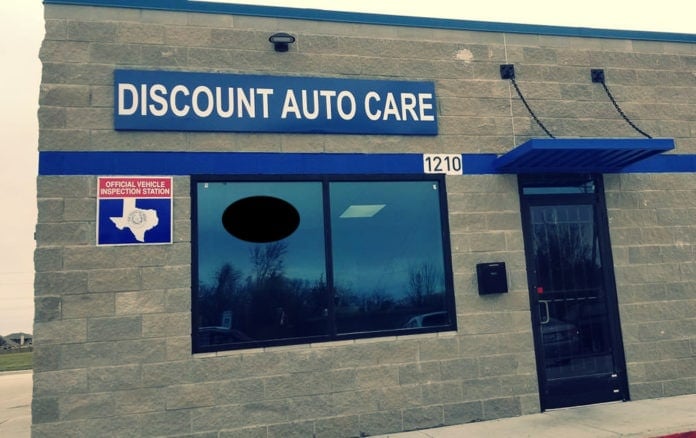 This afternoon the City of Glenn Heights, TX posted on Facebook about some road closures, without stating the reason. It turns out a large group of approximately 200 protesters had gathered outside Discount Auto Care in response to an incident at the business earlier that morning.

According to Councilmember Shaunte L. Allen, Place 5, this is what happened:

Around 9:00am this morning, Leonardo Allen was receiving vehicle service at Discount Auto Care in Glenn Heights, TX. After flushing toilet paper down the toilet, Mr. Muhammed, owner of the establishment, berated Mr. Allen for his actions. Mr. Allen responded. And the heated argument led to the auto care owner calling Mr. Allen the n-word, amongst other derogatory phrases. Mr. Allen requested for his car to be released so he could leave. However, the shop owner denied his request, continued working on the car, then charged him full-price. At that time, Mr. Allen called Glenn Heights Police. The police gave both Mr. Allen and Mr. Muhammed a citation.

As a Council Member representing a diverse city with more than 50% African-American, I am truly appalled and deeply saddened by the shop owners’ racist words. Business owners need to truly understand the communities in which the rely on financially.

Racism will not be tolerated!

While Councilman Jeremy Woods, Place 3 was willing to talk, Glenn Heights Mayor Harry Garrett said he did not have a comment because he had not attended the protest at the auto shop.

Glenn Heights resident Dewayne Brown who lives up the street from where the incident occurred said “The US right now is in a horrible place. We have a President who does not even want to wear a mask. We have a President who is trying to divide the country. We have these protests going on right here so what do you think is going to happen. That is why you have this going on right now, because we are not going to allow this to happen right here, in this neighborhood this has got to go.”

Leonardo Allen added “I didn’t think anything like this would ever happen to me.”

Check out my interview with Council member Woods below:

Woods says protesters will return tomorrow at noon and everyday until the business is shut down. Lewis said currently there is no strategy in place by the city regarding the protests, but protesters need to stay on public right-of-ways and off private property.