GLENN HEIGHTS—When residents of ­the city of Glenn Heights, Texas see a downed tree, a dead animal or a pothole, they don’t have to go home and write a strongly worded letter to the city council. They simply open the Glenn Heights Action Center application on their smartphones and report it with a few finger taps.

The City of Glenn Heights is continuing to move into the 21st century. This time with Glenn Heights Action Center, a free mobile app, that allows residents to report non-emergency city issues to staff.

“This exciting new initiative is a mobile and web based application that will allow residents to quickly and easily report a non-emergency issue to the city,” said James Gaston III, Glenn Heights public information officer. “Issues will be routed to the appropriate department and a status update will be sent to the residents.”

The program is a component of a larger government program that the City of Glenn Heights already uses. Its important to note, it did not cost the city any additional resources.

According to Gaston, the Glenn Heights Action Center is active and already instrumental in resolving a wide range of city issues so far.

The soft release for the mobile application was March 25, 2017. It rolled out during the Mayor Leon Tate’s State of City Address. The release also included a short presentation, by Jerome Pritchett, Glenn Heights Action Center Coordinator.

“From street lights that need to be repaired to pot holes that needed to be filled. To ‘where are the nearest places of worship’ in the City of Glenn Heights?” Gaston said the new app is up and running.

So far the most interesting use for the app has been by the City of Glenn Heights Animal Control. Recently, that department was notified via the Glenn Heights Action Center mobile application that there was a very foul smell that was coming from a certain area in the ground.

Gaston said “upon investigation, it was discovered that a deceased dog was buried in a shallow grave.”

No one was sure how the dog arrived at that location, but it was removed by Animal Control.

“With so many of us taking our smart phones and tablets everywhere we travel, we are excited to offer this mobile-friendly tool for residents to report non-emergency issues,” said Glenn Heights City Manager, Aretha R. Ferrell-Benavides. “We are determined to the motto of ‘Moving from Good to Great while Reaching New Heights’ within the City of Glenn Heights.”

The application is available for download on Android and iPhone. Gaston said residents should search “Glenn Heights” on the App Store and Google Play.

Of course City staff said residents are still able to call or email the city to report any issues that need to be resolved as well.

“We’re always looking for new ways to increase engagement with the members of our community,” Ferrell-Benavides concluded. 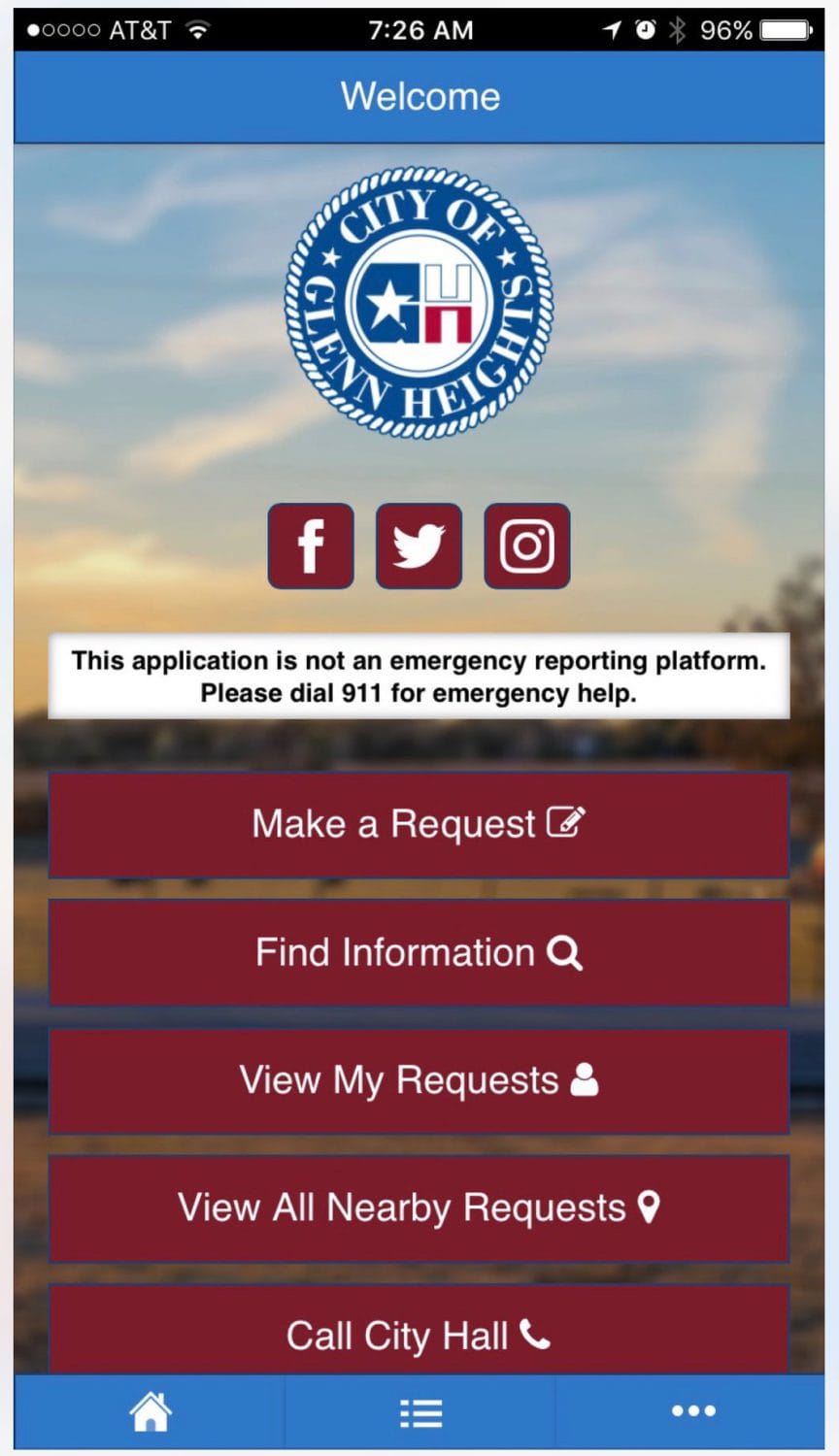