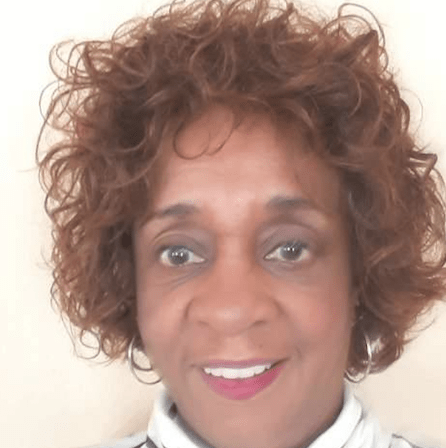 A Mission To Serve The Community

(CEDAR HILL, TEXAS) When Fran Ruben decided to become a candidate for the Cedar Hill Independent School District in 1993, she wasn’t thinking about the progress and history associated with it.

“I didn’t see it as anything other than a citizen serving my community,” Ruben said.

Ruben was a member of the Community Advisory Board, Community Development Board, Cedar Hill Library Committee, Campus Improvement Committee Economic Development and Best Southwest Scholar Board. So running for the school board seemed like the logical next step; she was elected in 1993 and served until 2002.

Now semi-retired in her East Texas hometown of Elysian Fields, Ruben has had time to reflect upon her accomplishments, from a historical perspective and acknowledges how her leadership helped open doors for women and African Americans in the years to follow.

Looking back, Ruben said it was an amazing feat to know she achieved that history less than 30 years after graduating from a segregated high school in East Texas.

Ruben said being elected to the Board was equally “amazing and great” but also “hurtful.” It was amazing and great because it had never happened before. It was hurtful because “the opportunity had not occurred for others before me.”

Ruben said she’s proud of Cedar Hill’s growth as a diverse and dynamic city. She’s especially proud that there are now five African American Trustees on the current CHISD Board.

“We have such quality people that are African Americans, as in other ethnicities, period,” Ruben said. “We’re seeing African American women perform in leadership roles throughout our country. From local to the national level, doing superb work.”

CHISD Board President Cheryl Wesley said Ruben had a very large impact on the district.

Trustee Fran Ruben set the standard for all people to follow. Her belief in the public education system and desire for all students to achieve academically, continues to help us focus on what’s most important, student achievement.

“Since her departure, there have been several African Americans elected to follow in her footsteps of service to our school district,” Wesley said. “Additionally, there are those of us who have served as Board President, including three females. I’m honored to sit in that seat now, and have proudly done so for two years.”

Ruben grew up with seven siblings in Elysian Fields, 174 miles east of Cedar Hill. Her father was a farmer and a carpenter, and her mother was a homemaker. They always emphasized the importance of education.

She graduated second in a class of 29 scholars at Booker T. Washington High School.

“I saw the difference between the haves and the have nots, the impact of racial difference and treatment” Ruben said. “ In our school, we had most of our books handed down to us from the” white” school, years out of date. Very rarely did we get a new book. Black teachers were paid significant less than their white counterparts in degrees and years of experience. The athletic fields and buildings were poorly kept and lacking in adequate equipment.”

A Career In Psychology

In eighth grade Ruben decided she wanted to pursue a career in psychology.

She had a 33-year career in the field of psychology, including 18 years as a school psychologist in Dallas ISD, 10 for Dallas County MHMR and five as an Educational Diagnostician in Marshall ISD.

Having grown up in East Texas, Ruben was always drawn to the small town life. That’s why she liked Cedar Hill, which had approximately 7,000 residents when she moved to the city in 1982.

“It was a one blinking light town, and I loved the small town atmosphere,” Ruben said. “It was far enough out of Dallas but still close.

Both of Ruben’s daughters graduated from Cedar Hill High School. They both work in education in the Houston area now.

“Cedar Hill was a very beautiful, kind community the way I experienced it,” Ruben said.

Honored as Outstanding Texan in Education

During her time on the Board, Ruben voted to hire Dr. James Rueter as Superintendent. He served from 1993 until 2001.

“I was most proud of being a part of the growth of the schools and having the schools moving from recognized to exemplary status,” Ruben said.

The Texas Black Legislative Caucus honored Ruben as an Outstanding Texan in Education.

Ruben moved from Cedar Hill to Elysian Fields to take care of her mother who was ill at the time.

She serves as a parent advocate of special needs children. She serves as a surrogate parent for many children in Marshall ISD who have no legal parent representation in their educational process. She’s active in her church, in the biblical teaching ministry, trustee board and in her own Everyday Living Ministry, she does teaching and counseling . She is also the owner/operator of Franz Events, a venue for weddings, meetings and other events.