GRAND PRAIRIE – The City of Grand Prairie recently partnered with a restauranteur to redevelop the city’s historic Fire Station #1 into a California-inspired eatery. Elements of the old fire station were preserved inside the building, including bay doors that can open and close. The restaurant, FireHouse Gastro Park, also features a coffee lounge, an outdoor seating area with games and an outdoor stage.

Amy Sprinkles, City of Grand Prairie Marketing, Communications and Libraries Director said, “Although it no longer housed firefighters, keeping it was important to the city’s history, ambiance of Main Street and potential unique use.”

City leaders envisioned a destination restaurant in the space, like what other cities have done with historic buildings. Sprinkles said the city did not want to lose control of the city’s historical asset.

“A partnership was the best solution,” she explained. “Carlee Ewers Smith [a Grand Prairie native] and Jason Alan Smith are the proprietors with whom the city partnered to realize this dream destination dining establishment.”

FireHouse Gastro Park Is A Hit

The space was designed by the Smiths in collaboration with Rouch Architecture. The aesthetic and philosophy was inspired by the Smith’s roots in southern California, their passion for the historic building rehab revolution, and Grand Prairie’s commitment to preservation and economic development.

FireHouse Gastro Park opened in May of this year. It seats 100 in the main restaurant and 40 in the coffee bar. The outdoor entertainment space can seat 200 at tables, or blankets picnic style for concerts, with games along the perimeter. The secret garden off the cocktail lounge can seat 60.

However, Sprinkles said FHGP has been a hit since before it opened the last weekend of April during Main Street Fest. Since officially openings its doors on May 11, FireHouse Gastro Park has already welcomed thousands of customers.

“I love this upscale, unique dining option for downtown,” said Grand Prairie Mayor Ron Jensen. “My favorite food at FireHouse Gastro Park are the Dirty Bird Fries, followed closely by one of the brisket street tacos, bleu burger and homemade chips. Every time I go, I get to see people I know who are also dining and meet new folks.”

Grand Prairie invested about $2 million to preserve this historic building and convert it to a restaurant. With the success of the FireHouse Gastro Park idea, the city of Grand Prairie has multiple concepts in the pipeline for the future. 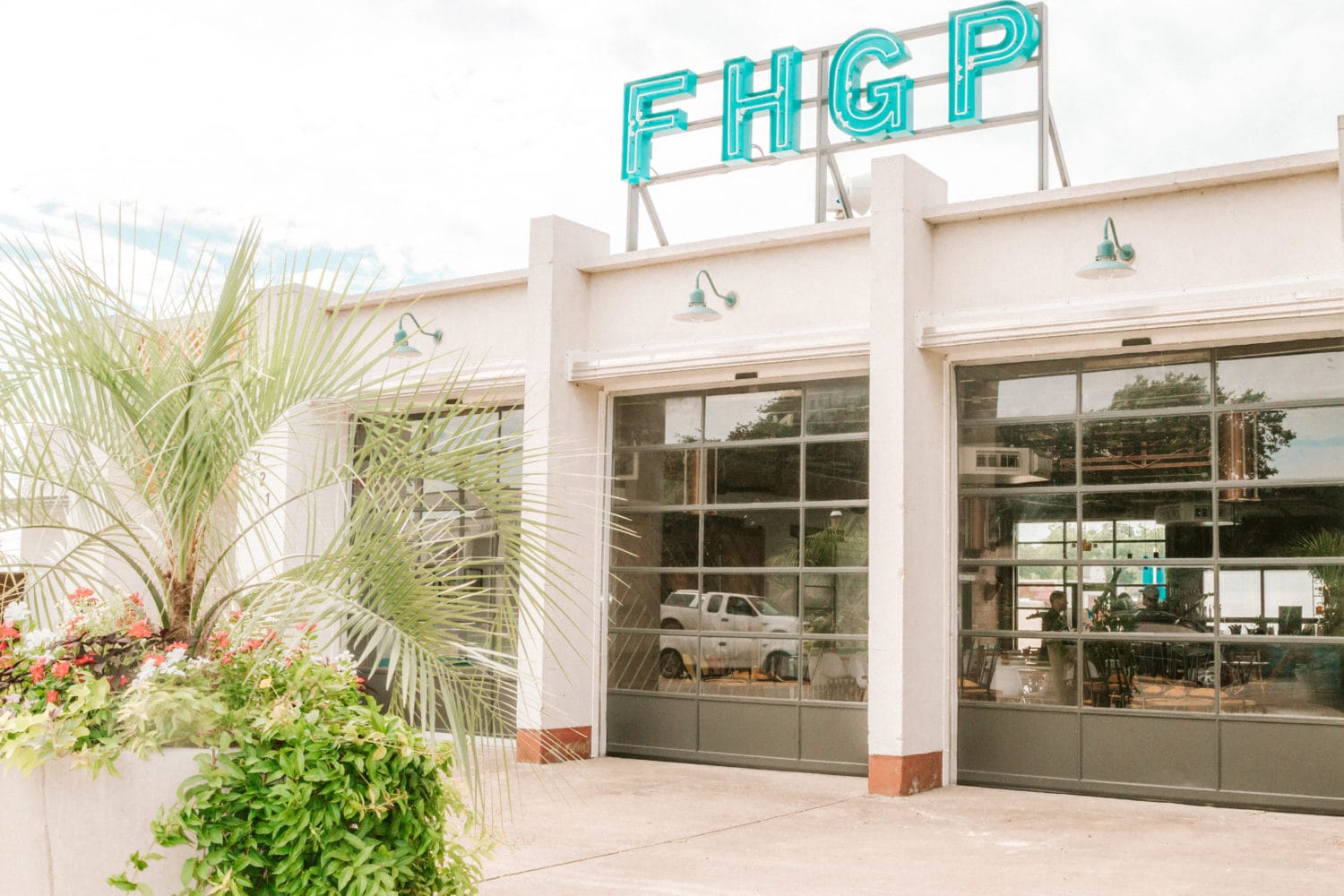