Home Entertainment Family, Or How Not To Raise A Kid

Most parents watching “Family” will start cringing the minute career-minded loner Kate (Taylor Schilling) agrees to babysit her 11-year-old niece Maddie. Most will continue to cringe for the next 85 minutes, or until Laura Steinel’s film ends.

In spite of her horrific childcare methods, there are some delightful bonding moments between uptight Kate and her socially awkward, pre-teen niece (Bryn Vale) that kept me watching. By the time Bryn runs off to join the Juggalos at an Insane Clown Posse gathering, Kate is concerned enough to throw herself into the melee to rescue her.

Everyone in the cast is excellent, but Schilling steals the show with her Bad Aunt (boss, friend, neighbor, sister, daughter—you name it) character. Vale is also very sympathetic as Maddie, a chubby misfit who’s bullied at school but finds her “family” with other outcasts like the Jugaloos.

Maddie’s well-meaning mom (Alison Tollman) forces her to take ballet, but she skips to crash karate practice in her tutu. The socially awkward aunt and niece gradually realize they have a lot in common. It’s something of a stretch to watch Kate, who’s the rudest, most unpopular person wherever she goes, become kinder and friendlier after just one week with Maddie. But it’s definitely a welcome change. Before the film ends, they will (predictably) learn valuable life lessons from each other. Plus they will finally become “family.”

Others in the cast include Brian Tyree Henry as a kind karate instructor, and Fabrizio Zacharee Guido as Maddie’s friend, a rebel who calls himself Baby Joker. Eric Edelstein plays Maddie’s dad/Kate’s brother; Kate McKinnon plays the perfect mom/next door neighbor; and Jesse Ennis is an overly ambitious trainee at the hedge fund where Kate’s a top executive.

My favorite part of the movie comes at the end, during interviews with real Juggalos. They do a great job playing themselves in the closing scenes. They may be outcasts but they are proud to be who they are; an attitude too few people in the film seem to share.

“Family” was such a hit at SXSW in Austin it will open locally at Angelika Film Center in Dallas and Plano April 26. Distributed by The Film Arcade, the comedy is rated R for language, drug use and some sexual content. 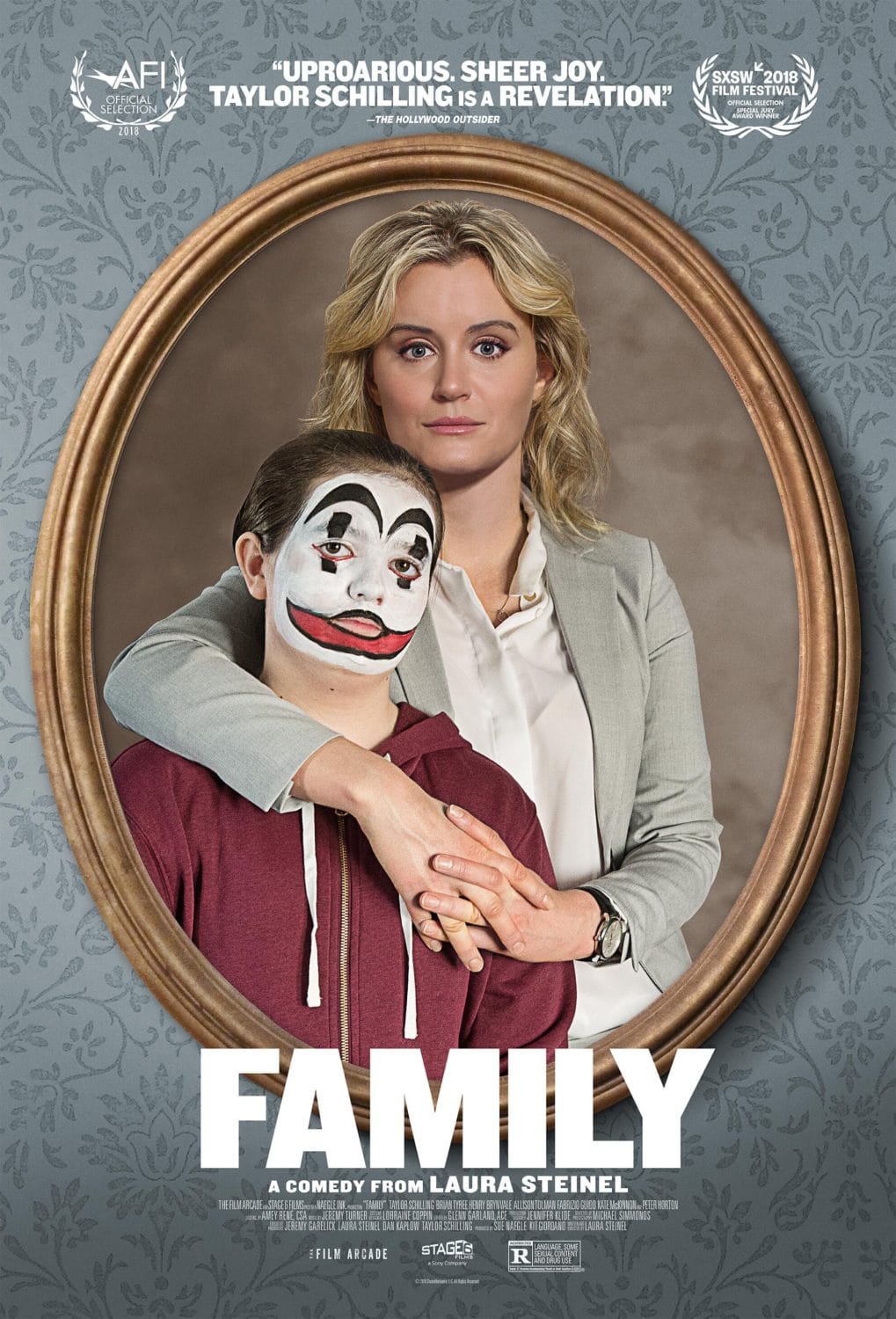