Prior to his appointment at Cedar Hill ISD, Dr. Watson served as Superintendent at Crandall Independent School District where he led the district’s fund balance development, oversaw a $50M bond to support the opening of a new school among other facilities improvement projects, and led initiatives to support enrollment growth and development.

Dr. Watson’s educational service spans more than 40 years, 26 of which were spent in positions of leadership. Dr. Watson will begin his role as the DeSoto ISD acting superintendent on Monday, April 2.

“The board appreciates Dr. Watson stepping in to lead the district at this time,” said DeSoto ISD Board President Carl Sherman Jr. “Dr. Watson has a history of proven leadership and academic achievement, and we are confident that he will guide our district towards its goals for achieving student success.”

“Superintendent Harris is currently on administrative leave amid an investigation into concerns regarding the duties and performance of the superintendent,” according to Spokeswoman Tiffanie Blackmon-Jones.

In apparent disbelief, Harris said, “It’s a shock,” to reporters following Monday night’s board meeting. According to reports it took trustees four hours to come back with the decision.

Specifics are still unavailable.While DeSoto ISD officials have been criticized for remaining tight lipped concerning the termination of Harris, it appears they are simply following the letter of the law.

According to Harris’ employment contract, unless the Superintendent expressly requests in writing, his evaluation takes place in executive session. Therefore making the details subject confidential and enforceable by law.

Since then he Board will enlist Attorney Nan P. Hundere to conduct the investigation while Harris is on paid administrative leave. Hundere comes with 30 years of experience in education and conflict resolution. In the past she represented such entities as the Texas Education Agency and Texas Association of Public Schools Property Fund.

Assistant Superintendent of Finance and Human Resources Bobby LaBorde has been temporarily assigned administrative duties until an interim is appointed.

Dr. Cobb most recently served as a human resources consultant where he provided guidance regarding the administration of human resources compliance, policies and procedures; preparing and maintaining reports related to HR projects; and talent identification, management and development among other areas related to human capital management.

In addition to the various roles in which Dr. Cobb has served in the K12 educational setting, he also had appointments as an adjunct faculty member at the University of Missouri-Kansas City and Missouri Western State College.

“DeSoto ISD looks forward to the innovation Dr. Cobb will bring to the human resources efforts here in DeSoto. The Board holds the vision of recruiting, hiring and retaining top talent,” said DeSoto ISD Board President Carl Sherman Jr. “Having a top-notch, quality educator in every class is at the top of our list of priorities. We are confident in Dr. Cobb’s ability to lead the district in realizing that vision on behalf of the students and families we serve. 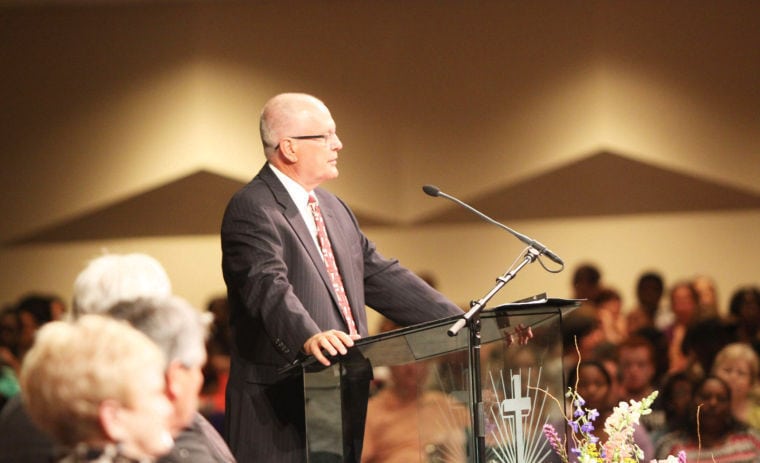