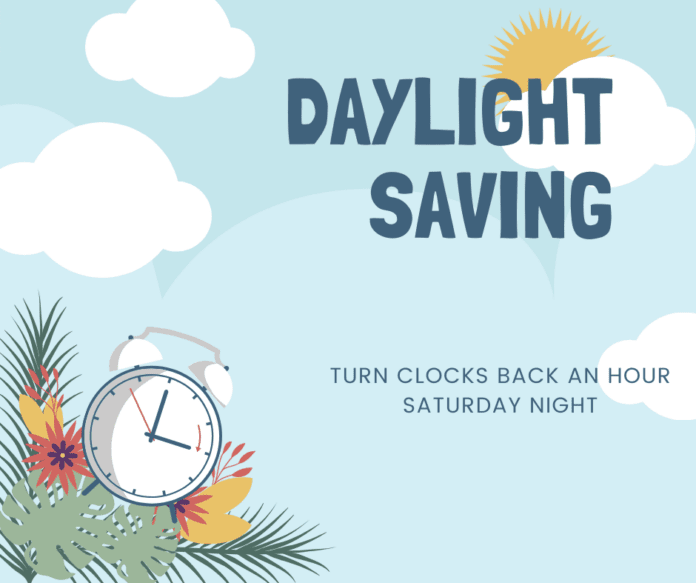 The dumbest collective human experience we exercise twice a year is switching our clocks forward one hour and then back one hour just 4 months later. We are the only species that compensates for the tilt of the axis of the earth, other than the folks in Hawaii and Arizona.

This strange ritual that has become ingrained in our lives since 1918 started when the U.S. Congress decided to manipulate time by passing the Standard Time Act to save energy and create time zones. Back then, coal was our exclusive energy source and ensuring that Americans had more daylight working hours made sense.

Today, there is no reason to continue this practice. In fact, in 2008 the U.S. Department of Energy determined that sticking with one time year-round could actually save about 0.5 percent of electricity each day nationwide.

The practice of changing our clocks has other significant drawbacks. The risk of heart attack increases 10 percent in the days following springing forward, most likely caused by sleep deprivation and the interruption of biological rhythms. Studies also indicate that we’re more likely to get sick, less productive and, frankly, just exhausted directly following the time change.

During the 2019 legislative session, my office filed legislation seeking to end this primitive practice. Joint resolution 117, if passed, would have allowed Texans the opportunity to vote whether to stay on standard time year-round or daylight saving time year-round. HJR 117 passed the House 133-9.

Frustratingly, once the bill reached the Senate, it was never referred to a committee. The proposal died in the Senate without even a word spoken about it on the Senate floor.

Had the bill passed in the Senate, it would’ve been the first time since daylight saving time was enacted over a century ago that voters in Texas would’ve had the opportunity to vote to end the biannual clock-changing process.

For the past century, Texas legislative efforts to do away with the biannual clock adjustment have been attempted many times. None of those efforts have come this close to passage. We believe that our approach of allowing Texas voters to pick between keeping daylight saving time or standard time year-round provides the compromise needed to get this done.