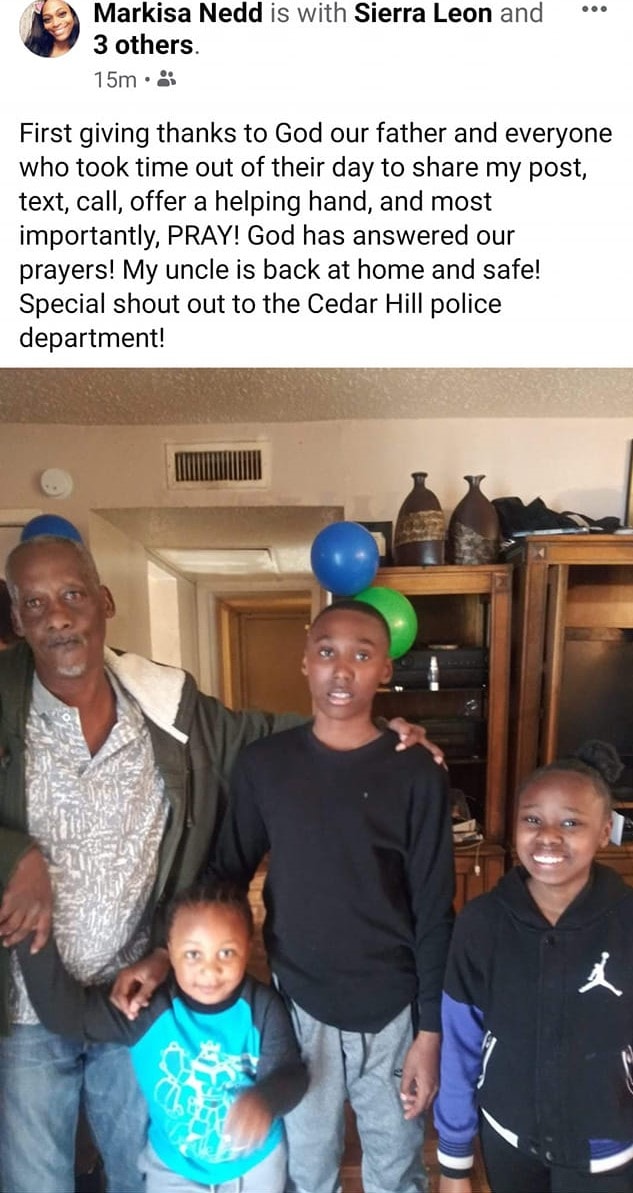 Cedar Hill resident Sherman Lee Daugthery was reported missing from his home at around 9 a.m. in the 1200 block of Neptune Street.

Daugthery was located in Desoto later Sunday afternoon at around 3 p.m.

Cedar Hill Police said he “appeared to be uninjured and in good health.”

Officers arrived at Neptune Street Sunday morning and met with the missing man’s sister. She informed officers she had last seen her brother at 4 a.m. Sunday morning when he had returned inside the home after smoking a cigarette. She said from there he went to his bedroom. When Daugthery’s sister woke up at around 8 a.m., she reported her brother was not in the home and she began looking for him.

After a preliminary investigation by the Cedar Hill police there was an indication that sometime between 4 and 8 a.m., Daugthery left the home on Neptune Street and headed in an unknown direction.

The male with partial gray hair and a partial gray, thin beard wearing black sweatpants, black slippers, a plaid shirt, and a green jacket with a hood did have medical and mental deficiencies that required medication.

Cedar Hill Police did not disclose the circumstances surrounding Daughthery’s disappearance or where in the City of DeSoto he was located Sunday afternoon.

“He has been reunited with his family,” a statement put out by the Cedar Hill Police Department said Sunday afternoon.