Captain Marvel opens in theaters on March 8th and we have to wonder is the real star a feline? No doubt that’s not the case, but after watching the second Marvel trailer, I wanted to see more of Goose. I have lots of questions about the plot and how this movie fits in the Marvel universe.

Will this be a blockbuster hit because a female has the leading role? Or will it fall flat because it’s a new adventure without an existing fan base? You can’t spell h-e-r-o without “her”. 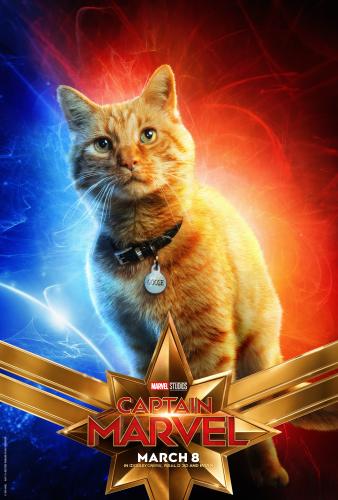 Set in the 1990s, Marvel Studios’ CAPTAIN MARVEL is an all-new adventure from a previously unseen period in the history of the Marvel Cinematic Universe. It follows the journey of Carol Danvers (Brie Larson) as she becomes one of the universe’s most powerful heroes.