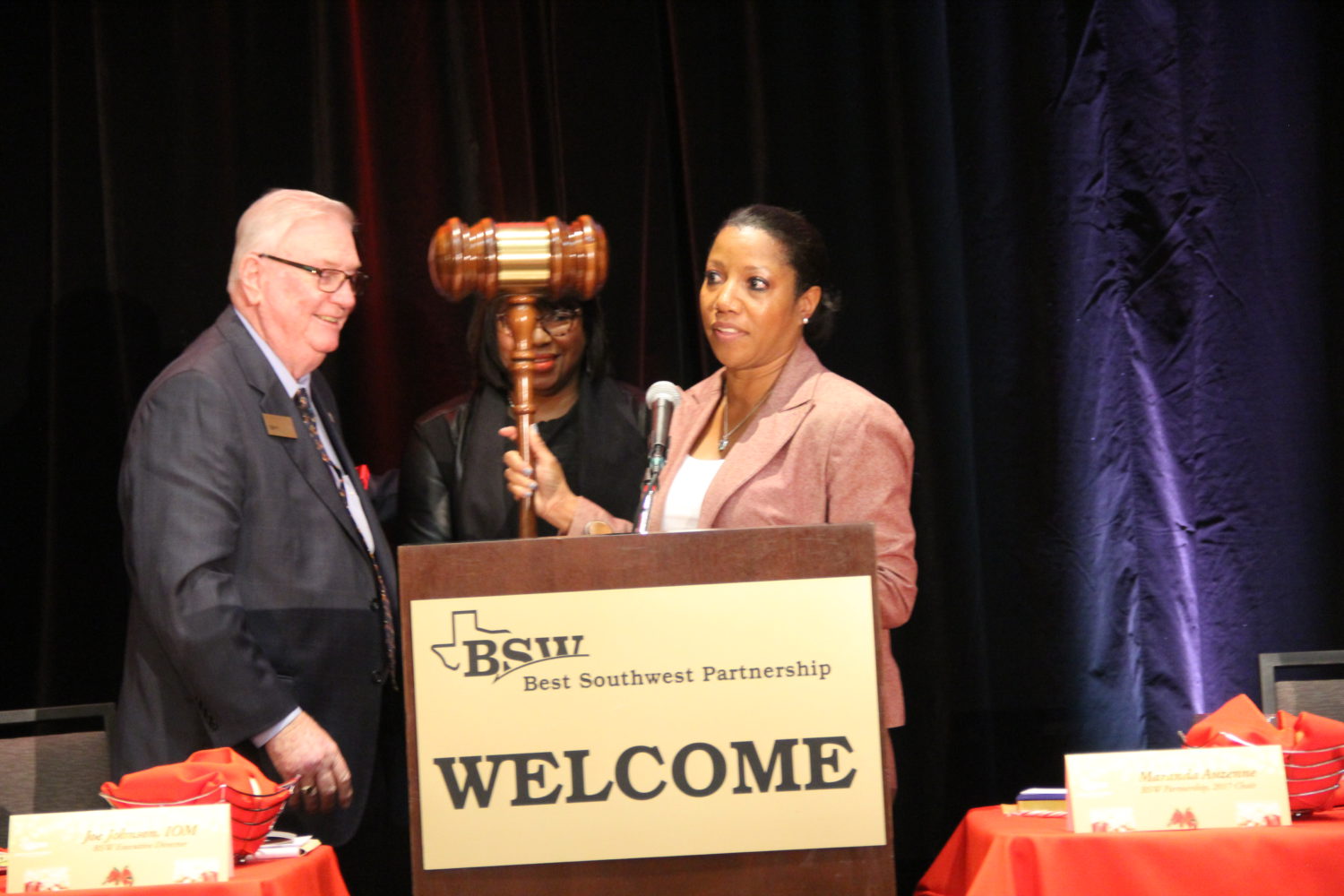 For over 25 years, Dr. Mickens Ross has been a community servant who advocates for children, the elderly and women. She is an author, motivational speaker and Senior Pastor of Path~Way to Life Center of Hope Church in Hutchins. She is CEO of Cynthia Mickens Ministries, Inc. and creator and instructor of the Path~Way to Purpose® course, designed to coach women and men to discover and activate the greatness within.

Dr. Mickens Ross is a 2011 Leadership Texas graduate and a 1999 graduate of Leadership Dallas. She is married to David E. Ross III, and they have one daughter, (Mrs.) Sherrell Warren and three grandchildren: Kennedy, Regan, and Jason Warren.

Best Southwest Partnership is a two county region formed in 1986 by four cities: Cedar Hill, DeSoto, Duncanville and Lancaster. There are now 12 city partners and 18 other partners including hospitals, colleges and universities, banks, utilities and other businesses.

The original four cities have been joined by Ferris, Glenn Heights, Hutchins, Midlothian, Ovilla, Red Oak, Wilmer and Balch Springs to partner in promoting the advantages and benefits of living in and investing in Southern Dallas County and Northern Ellis County. Joe Johnson, IOM, serves as Executive Director of Best Southwest Partnership, with offices at 300 E. Wheatland Road in Duncanville, phone 214-535-1883.