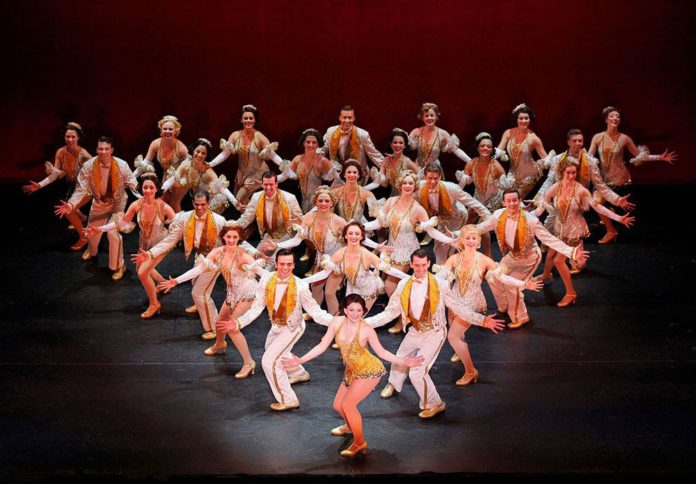 The dazzling dancing and classic music of 42nd STREET, presented by Dallas Summer Musicals, comes to the Music Hall at Fair Park June 28 – July 10. The musical then heads to Fort Worth, where it will play at Bass Performance Hall July 12-17, presented by Performing Arts Fort Worth.

42nd STREET is a song and dance fable about Broadway, with such great songs as “We’re In the Money,” “Lullaby of Broadway,” “Shuffle Off to Buffalo,” “Dames,” “I Only Have Eyes for You” and the title song. 42nd STREET will be directed by co-author Mark Bramble and choreographed by Randy Skinner, the team who staged the 2001 Tony Award® winning Best Revival.

With book by Michael Stewart and Mark Bramble, music by Harry Warren and lyrics by Al Dubin, 42nd STREET is based on a novel by Bradford Ropes and Busby Berkeley’s 1933 movie and tells the story of a starry-eyed young dancer named Peggy Sawyer who leaves her Allentown home and comes to New York to audition for the new Broadway musical Pretty Lady. When the leading lady breaks her ankle, Peggy takes over and becomes a star.

The original production of 42nd STREET was produced in 1980 on Broadway by David Merrick and featured direction and dances by Gower Champion. It played on Broadway for 3,486 performances, winning 1981 Tony Awards® for Best Musical and Best Choreography. The Broadway revival, which opened in 2001, played for 1,524 performances and earned two Tony Awards® including Best Revival of a Musical.

Dallas Summer Musicals in conjunction with Broadway World DFW and WFAA Channel 8 developed a fun summer series of walk-on roles to give audiences an inside look at the life of an actor. Auditions will be announced soon and a lucky winner will be transformed into one of the kids in the chorus as they becomes part of the cast in 42nd STREET.