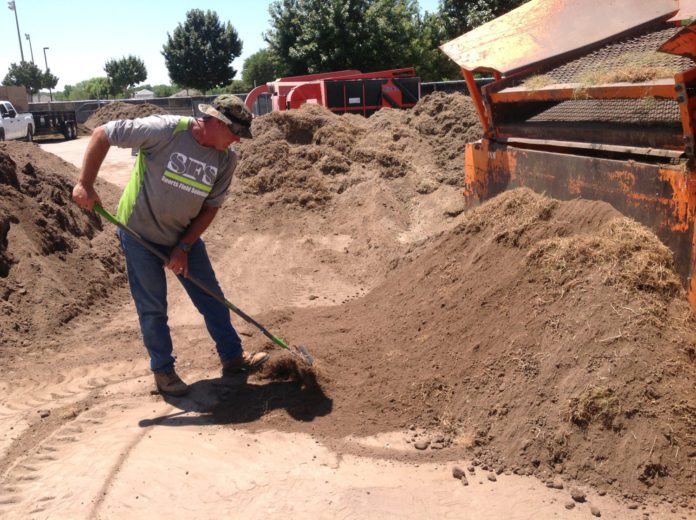 DESOTO—Work continued at Meadow Creek Park during July to remove the debris dropped by the December 26, 2015 tornado. A total of 12 tornadoes hit North Texas on Dec. 26, 2015 including the cities of Glenn Heights, Rowlett, and Garland. Eleven people were killed and many homes and buildings were destroyed.

The Meadow Creek Park Complex located on the southern border of DeSoto and Glenn Heights is the city’s largest public football facility. The F3 tornadoes that slammed the area destroyed the fencing, goal posts and score boards.

The process began with mowing the grass to half an inch, vacuuming the debris, and using magnets to remove any remaining metal debris on the surface. This process produced a significant amount of roofing and concrete nails, screws and other small pieces of metal.

Once the vacuuming process was complete, the fields were verticut to further expose the embedded debris in the grass. Verticutting, or vertical mowing, removes thatch buildup in the lawn so turf can breathe easy, better absorb nutrients, and soak in much-needed moisture. Thatch is a layer of dead stems and roots that forms between the grass and soil.
Then the process of mowing, vacuuming and using the magnet was repeated. 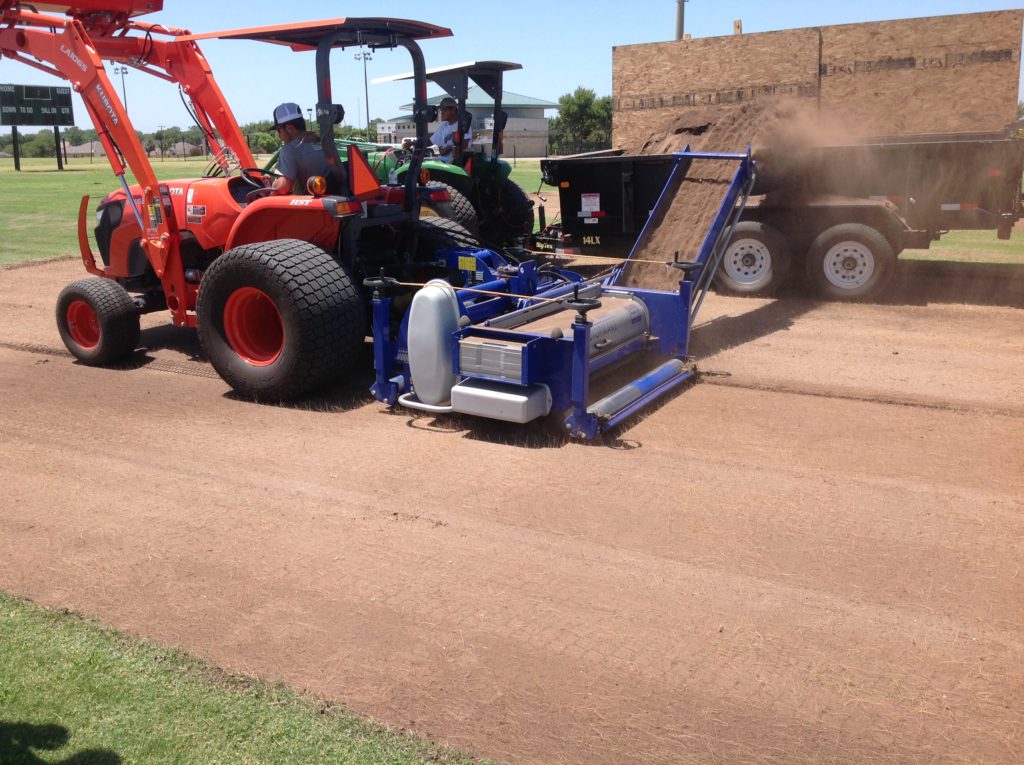 The third phase of the process, which called for soil removal and sifting, is now complete. “The good news is, no debris was found in the sifted soil,” said Phil Lozano, Assistant Director of Parks and Recreation for City of DeSoto.

Fraze mowing, the process of removing the top 3/4 inch of grass from the fields, is currently underway. This is intended to remove the small glass shards that were not picked up by the vacuum. The areas that were fraze mowed will be re‐sodded.

In the coming weeks the pasture area around the park will also undergo the debris removal process which entails; mowing, verticutting, vacuuming, and magnetic removal of metal. “Overall, the cleanup is progressing well and we are on track to have the park back in service by fall 2017,” said Lozano.

Until then, the city is working with the DeSoto Independent School District to schedule games at district facilities.