DESOTO—Mentor. Father figure. Leader. Teacher. Coach. Hall of Famer. DeSoto High School’s Chris Dyer announced his intent to step down as the Eagles’ head coach to his team just days ago. While Dyer plans to hand over the reins to the program, he won’t be far. The 37-year coaching veteran will continue to serve as a teacher and staff member at DeSoto High School.

“My time in DeSoto ISD has been an amazing journey. I’ve had the opportunity to work with some really top-notch people and to watch some incredible young men grow up and follow their dreams,” said Dyer. “When I came to DeSoto High School, my wife and I had been living in this community for 13 years raising a family. 21 years later, DeSoto ISD has become an extension of my family and I’m so very grateful for the opportunities I’ve had here.”

During his 37-year coaching career, Dyer made the trip to the state tournament nine times and amassed five state championships–one as an assistant coach and four as head coach– three while coaching the DeSoto Eagles in 2003, 2009 and 2016. With an 80 percent win career record of 767-192, Dyer has impacted thousands of young men with his tough, yet compassionate coaching and teaching style.

Dyer has seen his players go on to participate at top programs across the NCAA like Duke, Baylor and SMU. Some of his athletes have gone on to pursue careers overseas and among the NBA ranks.

Prior to his arrival in 1998, Dyer began his career in Dallas ISD winning titles as a head coach at Dallas South Oak Cliff and as an assistant coach at Justin F. Kimball High School. 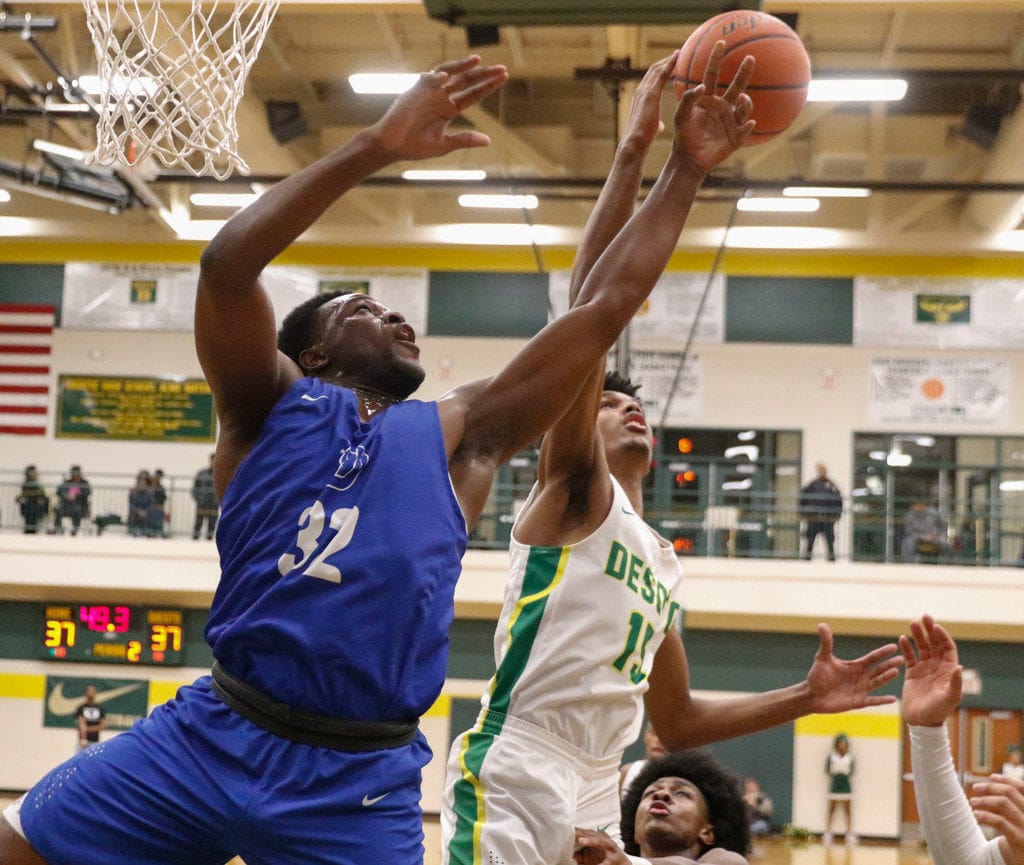 Before Dyer’s arrival at DeSoto, the Eagles had never won a basketball playoff game and advanced to make the playoffs just once in 1993.

In a 2016 interview with the Houston Chronicle, Dyer said there were times he was not sure if things would improve or not.

In addition to his work at DeSoto, Dyer often took on additional opportunities to grow and challenge himself as a coach. He coached in the Global Games in 2002, where the U.S. team defeated Yugoslavia for the gold medal and was an assistant in 2006 in the Jordan Classic. He was also the winning head coach for the West Team in the 2013 Jordan Classic held at the Barclay Center in New York City.

In 2016, fans of his coaching abilities, contribution to the basketball community and the countless student-athletes he’s mentored over the years were on hand for a dedication ceremony to name the DeSoto High School competition gym in his honor.

In addition to coaching, Dyer has been instrumental in establishing Dallas/Fort Worth as a hotbed of basketball talent positioning it as a regular stop on the college recruitment trail through his work with organizations like the Texas Association of Basketball Coaches and the Great American Shootout.

Most recently, Dyer was inducted into the Hall of Fame at East Akron High School where he competed as a high school athlete.