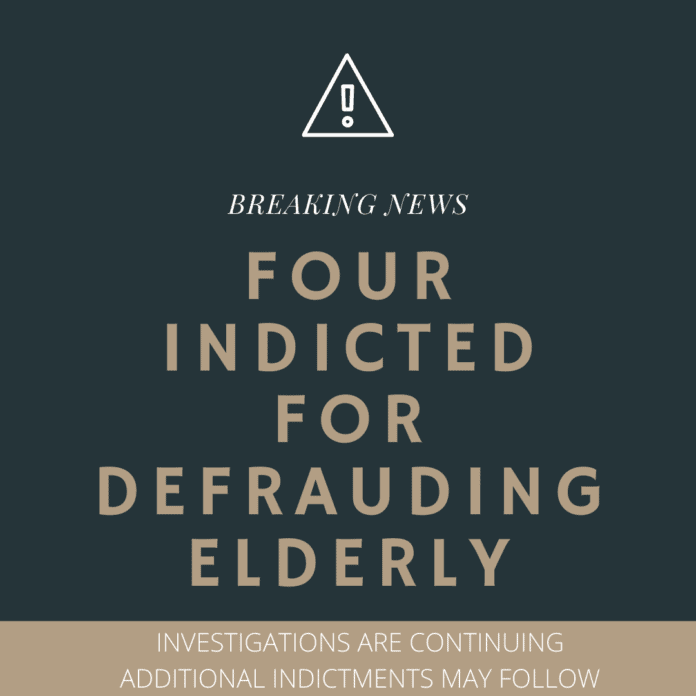 (Fort Worth) – Three men and one woman have been indicted on charges of engaging in organized criminal activity or theft of property for amounts ranging from $2,500 to more than $300,000 tied to elder fraud cases in Tarrant County.

These charges are the result of a 17-month investigation into millions of dollars of elderly financial fraud. Among the agencies involved: the Tarrant County Criminal District Attorney’s Office, the Colleyville Police Department, United States Secret Service, Texas Department of Public Safety, the U.S. Postal Inspector and the San Diego County District Attorney’s Office.

“This investigation is continuing, and additional indictments may be sought,” said Lori
Varnell, an Assistant District Attorney who launched the office’s Elder Financial Fraud Unit
in 2017.