A Treasure Trove Of Historical Stories

Geri Klauck wasn’t born in Texas, but she’s learned a lot about the Lone Star State since she got here. The Wisconsin transplant has dug into Cedar Hill history and found a treasure trove of historical stories.

“People lost their lives, made long journeys and not by plane or automobiles,” said Klauck, treasurer of the Cedar Hill Historical Society. “They were tough and that’s why we have Cedar Hill. We believe it’s important for people to know who made Cedar Hill,” she said.

And some of the tales from Cedar Hill’s past are juicy.

“In 1932, the bank in Cedar Hill was robbed by one of the members of Bonnie and Clyde’s gang, Raymond Hamilton,” Klauck said.

Hamilton, 21, walked into the First State Bank of Cedar Hill, waved a bottle over his head and told the employees that it was nitroglycerine. They handed over $1,401 and he locked the bank president, teller, a customer and three men who had been sitting out front into the bank vault. Less than a month later, he came back with a sawed-off shotgun to rob the bank again and locked the bank president and Methodist minister in the vault.

This time the law tracked him down and sentenced the career criminal to 30 years in jail for the robberies and a list of other offenses. After breaking out of jail, he was caught and then electrocuted May 10, 1935, in Huntsville.

“These are the kind of things that we have here,” Klauck said.

Although the city wasn’t chartered until 1939, Cedar Hill’s past stretches back to the early 19th century when it even served as a temporary Dallas County seat. The community grew around the crossroads from the route that stretched from Dallas to Austin and another that stretched from Jefferson to Cleburne, Klauck said.

“On July 22, 1846, the county clerk of the newly organized Dallas County issued the first marriage license to Crawford Trees and his fiancé Anna Kimmel,” Klauck said. “They lived in what is now Duncanville. Then it was under the Cedar Hill Post Office.

“(Trees) left to go to the California Gold Rush and he must have brought back some gold because he bought quite a bit of property after that,” she said. “They had descendants that stayed and married in the area.”

Historical society president Karen Aruda, Klauck and a couple of handfuls of active volunteers, along with the Cedar Hill Genealogical Society are attempting to track down the descendants of the early settlers for a book to be published in 2022. The historical society has already published two books, “History of Cedar Hill, Texas” in 2002 and “Gone with the Wind: The 1856 Cedar Hill Tornado” in 2015. Both books are available at the Cedar Hill Museum, 409 Texas St. in Cedar Hill.

“In this building, the most precious things are the family files, the information on the families collected to do ‘History of Cedar Hill, Texas,’” Klauck said. “It gives you a lot on the families, their backgrounds and their stories. Nothing is sourced, but it’s still a very interesting book.” The book sells for $65, she said.

The historical society learned about the 1856 tornado when Crawford’s Graveyard was dedicated in 2012.

“James L. Berry, who owned the general store, his wife and infant child, and their clerk were killed,” Klauck said. “Nine people were killed April 29, 1856.”

Finding that many people who died on the same day led to a lot of questions and eventually the book, which sells for $25, Klauck said.

The group also earns funds through the annual Tower City Golf Tournament in May, which are used to pay for storage units full of artifacts and upkeep on the small museum.
What the society really needs is volunteers, Klauck said.

“Like all non-profits, it’s run by volunteers,” she said. “People burn out.”

The group could use people interested in helping research family histories, setting up displays at City Hall, manning the museum from 10 a.m.-2 p.m. Mondays and Wednesdays or even helping to set up and run the annual golf tournament.

The museum will have a spot in the new Cedar Hill Public Library, Klauck said, but that building is still in the planning stages. For more information, call 972-293-3806 or go to cedarhillmuseum.com. 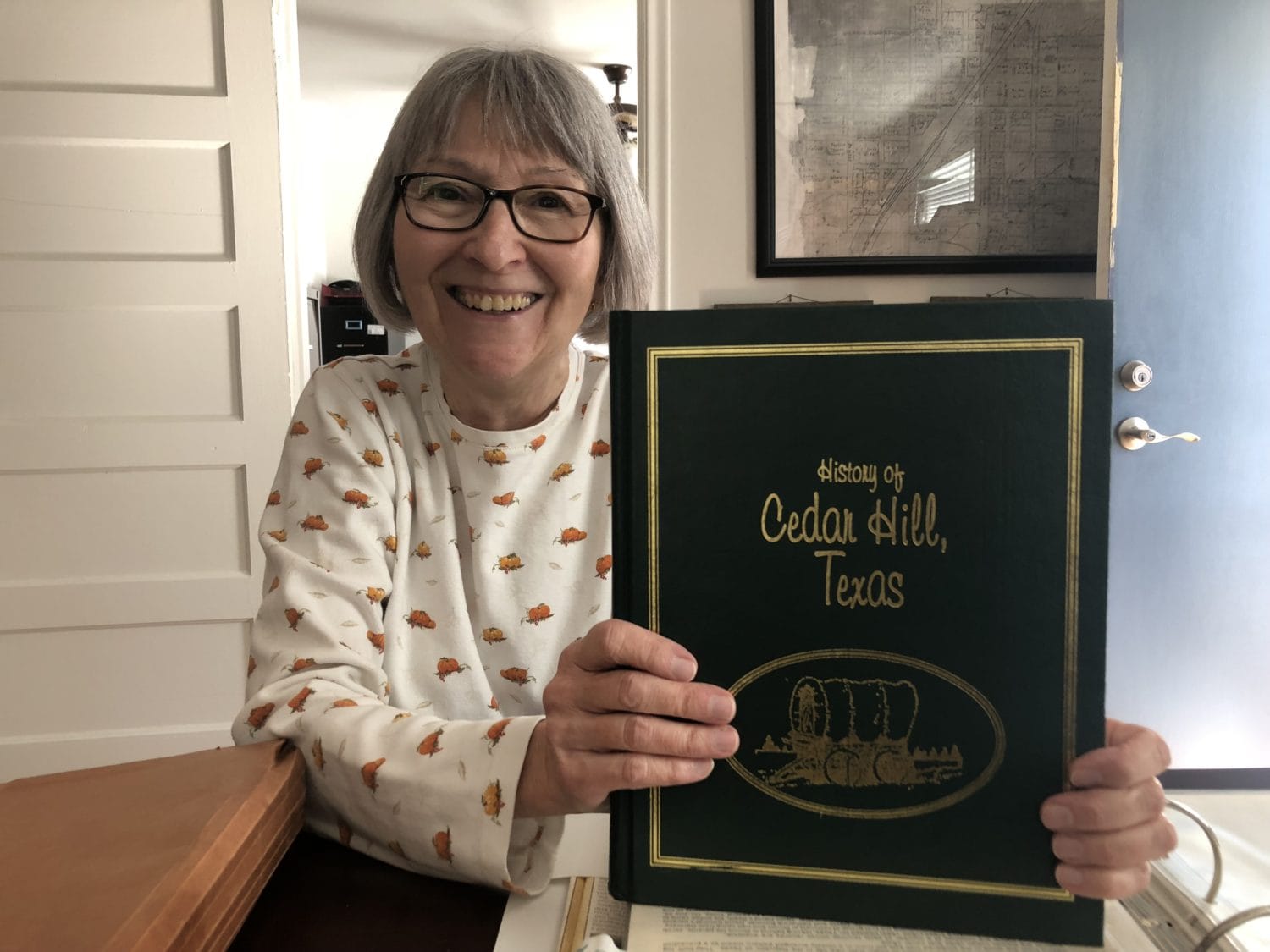