LANCASTER—The Holiday Homes Tour began as a fundraiser for Christmas decor in the aftermath of the 1994 Lancaster tornado. Ten years later, the tour of homes has become a much anticipated city tradition.

“I moved here in 1994, which was the year the horrid tornado ripped through our town,” said Nell Mazoch, the founder and president of the Lancaster Texas Heritage Park Foundation. “Little monies remained for decorating our town. So, several years later in 2005 the Lancaster Lights and The Tour of Homes began.”

Rebuilding the city was a slow process after the 1/2 mile wide tornado ripped through the city. The carnage was widespread. The historic town square, 233 homes and 58 businesses were destroyed. More than 200 homes and 2 schools suffered heavy damage.

Finally, most horrific of all the category F4 twister took the lives of three Lancaster residents and left 48 injured.

With municipal infrastructure a top priority, there were little to no funds in subsequent years for holiday decor. That’s when concerned citizens formed the Lancaster Heritage Park Foundation, which now organizes similar events throughout the year.

“The foundation is a non-profit organization dedicated to the illumination and beautification of Lancaster’s public spaces for all citizens,” said Mazoch. “Proceeds benefit the park division of the City of Lancaster.”

There are different homes on the tour each year. At each stop there is a docket presenting interesting facts about the structure. Tour participants share not only innovative decor, but family holiday traditions.

Over the years, homes located in the city or nearby, have been of all ages, makes and models.

“One year a home in Wilmer was on the tour because the homeowner was involved with the chamber [Lancaster Chamber of Commerce] and loves Lancaster,” Mazoch said. “Again, the goal is to see how the homeowners celebrate the Christmas holidays. “[The point is] Not only to see an older or a large home. Any size and any age of home are acceptable as long as the goal is accomplished.”

Mazoch even recalled a year when a homeowner did not have interior decorations.

“All the decorations were outside as is her tradition. Still the home was thoroughly enjoyed by all,” she explained. “Another homeowner had a tree in every room.”

About 125 guests attend the tour each year. Stops include Heritage Park, Community Park and a nativity scene at First United Methodist Church of Lancaster.

Located across from the historic town square, this year the church has added shepherds to the nativity scene.

“All proceeds pay for the lights. The volunteers and the board members do not receive any monetary benefits. Only the hired labor is paid,” Mazoch explained. “For example, today, [Jeff] Patton Christmas Trees and Lights is installing the decorations at Heritage Park. All lights will glow from Thanksgiving night through New Year’s.”

This year’s tour begins at the Lancaster’s Visitors Center December 3 at 6 p.m. A bus will transport guests to their first stop on the tour, a 13-acre ranch. Upon return guests will be able to drive themselves to three additional homes along the route. Finally, ending at the Dessert Party home for the “famous coffees and chocolates.”.

Tickets are available at The Tattered Jacket Bookstore in Lancaster’s Historic Town Square. The cost is $35 per reservation. 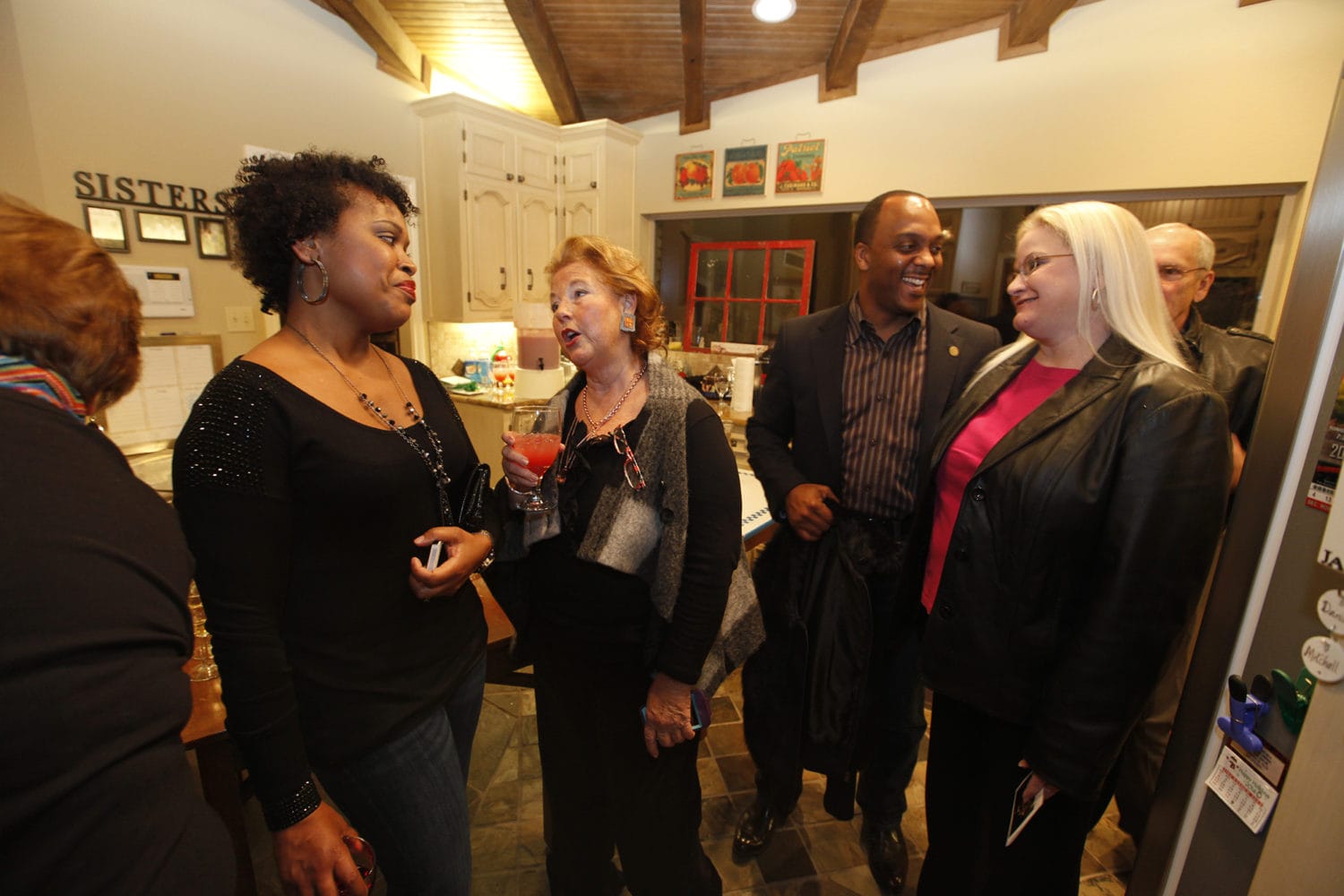