DUNCANVILLE—Drivers and pedestrians alike can look for an even safer driving and walking experience in Duncanville soon. This week, Duncanville city council members approved a number of road safety resolutions.

Duncanville City Council approved the purchase of light-emitting diode (LED) illuminated street name signs in the amount of $93,777.36. The street signs will illuminate the street name internally. The new signs are part of a project to meet new federally mandated visibility standards for traffic and highway safety.

Despite the federal mandate, upgrading street signs and converting to LED was already a part of the city’s overall safety plan. During the last fiscal year, the city upgraded 58 street name signs at 15 intersections. This fiscal year, the city plans to purchase and install 28 additional street name signs at seven intersections.

The overall completion will conclude in fiscal year 2018-2019.

The city also approved $74,889.44 for non-visual accessible pedestrian push buttons. This is the first year the city will be installing these. The push button device communicates information about the WALK and DON’T WALK intervals at intersections. using techniques like audible tones or vibration.

This technology is ideal for pedestrians who are blind or have low vision. These purchases are also part of the City’s plan to meet upcoming federally mandated accessibility standards. There will be 14 signalized intersections installed during this fiscal year. The overall project is to be completed by the end of fiscal year 2018-2019.

Finally, the city will also upgrade traffic signal cameras in the amount of $113,760. This amount was approved to purchase 32 video detection cameras in order to “improve the efficiency and accuracy of the traffic signals, providing better vehicle detection as well as reducing maintenance.”

These cameras are for vehicle detection only and do not record. It is also noted that cameras will save fuel and reduce smog and congestion environmentally by reducing vehicle idling times.

Currently, the City of Duncanville has 49 vehicle detection cameras in its automated traffic management system. As part of a three-phase project, an additional 32 cameras were budgeted for fiscal years 2015, 2016, and 2017.

The final phase of this project will bring the total number of cameras to 145 when the project is complete.

The Public Works Department has been busy with infrastructure improvements throughout the city. Many of these projects are currently under construction. Some projects, like the erosion control improvement project at Lions Park, have recently been completed.

To prevent further erosion, existing retaining walls along Horne Branch were lengthened approximately 200 feet. The Lions Park project was completed at a cost of approximately $119,528.00.

The budget for this project is $956,848.00. Public Works officials are anticipating completion at a significantly reduced cost. FY2016 Wastewater Improvements and Sidewalk Improvements Projects are approximately 50% complete.

Sidewalk improvements will cost $356,215.00. This project will provide new sidewalks, ramps and a hike/ bike trail through Lakeside Park, from Mizell to Center Streets. 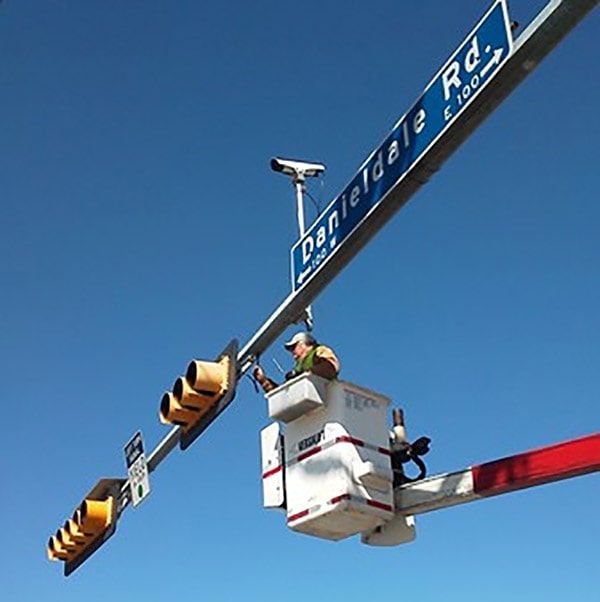