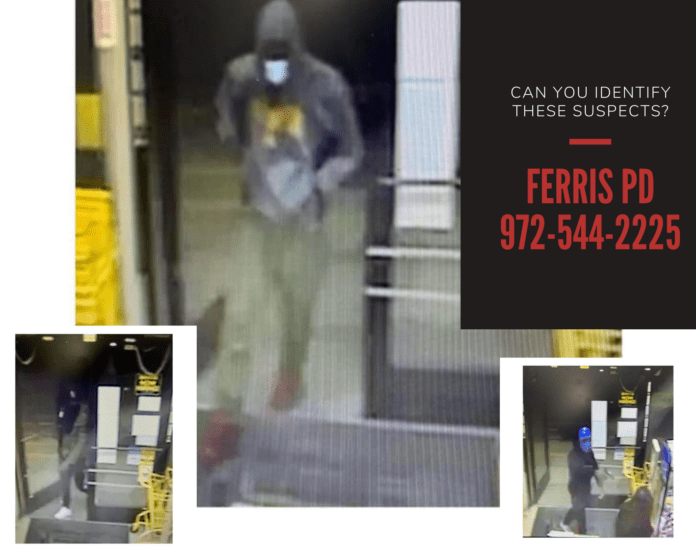 Last night the Dollar General at 620 S. Central Street in Ferris, Texas was robbed by three Black males. According to the city of Ferris, they believe these are the same suspects that have targeted six different Dollar General locations. There have been three stores in Dallas, three in Mesquite, and now the one in Ferris.

A press release from the City of Ferris states one of the suspects brandished a firearm and demanded employees turn over the money in the store. They also took one employees’ cell phone and two of the employees’ wallets. While the city is asking for anyone with information or the ability to help identify the suspects to contact them at the Ferris Police Department (972) 544-2225, they also have a message for the suspects.

“To those who committed this crime…you picked the wrong City at the wrong time. When you disrupt our quality of life, it becomes our mission to disrupt your quality of life. We are going to identify you, arrest you, and put you in a small cell. After that, our Chief of Police and our City Manager, are going to take the hard working employees you stole from to dinner. We are going to have a nice steak, with a baked potato and an ice cold Dr. Pepper. Meanwhile, we intend to see to it that your meal will be served through a small hole in a cell door. Your dumb and reckless behavior will be met with the full force of the law.”

We hope the City of Ferris catches the suspects and look forward to seeing pictures of their dinner with the hard working employees. Please contact the Police Department in Ferris with any information that might be helpful in their investigation.