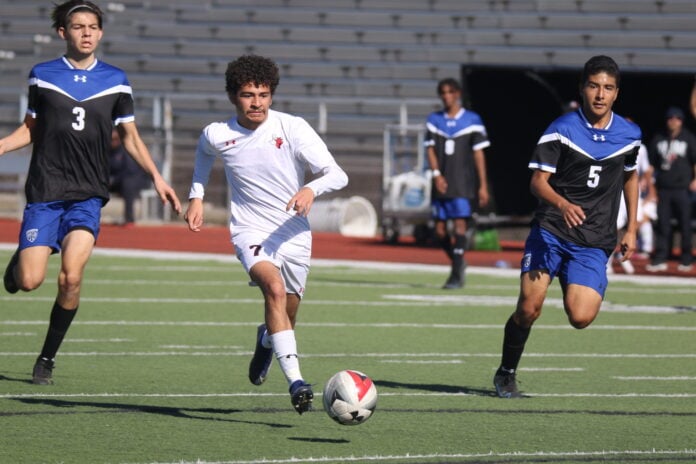 Before the season opener Coach shared his recipe for success, “Our success will depend on keeping our energy at a high level for 80 minutes,” Baca said. “That will allow us to stay in games.”

Baca, a Cedar Hill citizen and Cedar Hill ISD parent, comes to Cedar Hill from Ranchview High School in Irving where he led the Wolves to a pair of 4A playoff appearances.

The team will compete in two Junior Varsity Tournaments (Allen and Waxahachie) later this month where its players can gain valuable experience.

The Longhorns defeated Cleburne, 3-0, in a scrimmage, and lost to Irving Nimitz, 6-0, in its other scrimmage.

The midfield will be strong with seniors Elijah Davis, Alec Moreno and Francisco Pacheco.

“The defense should be pretty good,” Baca said.

Sophomore Gael Caudillo and freshman Geremy Pervis are competing for the starting goalkeeper position to succeed Benjamin Campos, who recorded a 3-0 shutout victory over Mansfield in his final varsity soccer game last season.