“Blow the Man Down” is a small gem of a movie. It’s set in Easter Cove, a remote, fictional fishing village in Maine. Sisters Mary Beth and Priscilla Connolly have lost their mother after leaving college to care for her during a prolonged illness. Now they have to worry about their future. It’s a constant struggle to keep their debt-laden family business, Connelly Fish Shop, going.

Eager to escape her stifling environment, the younger sister Mary Beth (Morgan Saylor) meets a dangerous stranger (Ebon Moss Bachrach) in a bar. After a violent confrontation, she turns to Priscilla (Sophie Lowe) for help in concealing a crime. While the sisters seem to be alone against the world, a close knit group of their mother’s friends shows up to offer support.

Award winning actresses June Squibb, Margo Martindale, Marceline Hugot, and Annette O’Toole are hiding their own dark secrets from the past. The Connelly sisters are shocked to learn these secrets also involved their late mother.

Meanwhile, a young police officer (Will Brittain) seems smarter and definitely more “woke” than the other men in Easter Cove. But he is stifled in his attempts to solve the murder of a young prostitute whose body is found in the ocean. He learns that Martindale’s bed and breakfast doubles as a brothel, but the suspected murderer has simply vanished.

Danielle Krudy and Bridget Savage Cole, the directors and writers of the film, created complicated and fascinating characters for their film. Their film has a decidedly feminist twist. The elderly wise women who keep the town’s secrets are masterfully portrayed by the older actresses. While the men are busy fishing, drinking, or watching football on TV, these women obviously run the town.

Blow the Man Down Sea Chanty

The film’s tense atmosphere will have viewers waiting for the other shoe to drop. Suspense builds slowly in this short, 90 minutes long, film. With plenty of surprising twists and turns, “Blow the Man Down” (an old sea chanty that is sung throughout the film) will linger on your mind for a long time after the credits roll. I found myself singing that song while making coffee this morning.

Rated R for language, some violence, sexual material, and brief drug use, “Blow the Man Down” is a comedy/drama/mystery/suspense film. The Amazon Studios release is available now for streaming. 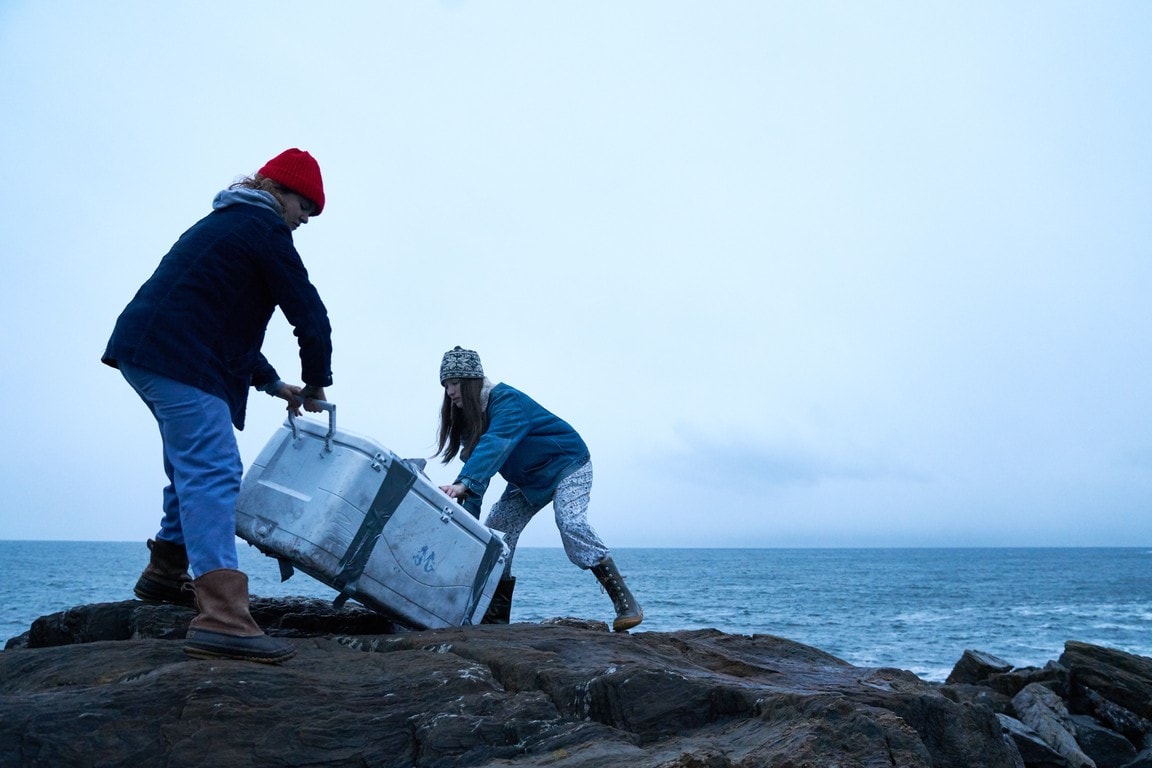