DESOTO—It is not something that happens normally in the quiet High Meadows neighborhood. So when news of a dead body was found in the northeastern corridor of the city, many were shocked.

A 29-year-old unnamed black male from Lancaster was discovered Tuesday morning in the alley behind a residence in the 1000 block of Oak Meadow Lane. Police confirmed he was not shot at the location where his body was found.

The identity of the deceased is not being released pending notification of his next of kin. DeSoto detectives continue to put together a plausible timeline. Apparently he was shot on Oak Meadow Lane and fled on foot to the alley where he succumbed to his wounds.

At around 9:30 a.m. police received an emergency call from a nearby resident regarding a motionless body in the alley.

DeSoto Police officers responded to the scene and found the unresponsive man on the ground. He has sustained what appeared to be multiple gunshot wounds to his body. He was pronounced dead at the scene by first responders, which included Dallas County Sheriff deputies.

Detectives also interviewed additional individuals and forwarded the case to the Dallas County District Attorney’s office for review. Based on the evidence and the facts of the case, DeSoto Police said they do not expect to make any arrests at this time.

“We want our citizens to know that we do not believe that they are in any danger because of this incident,” said Sgt. Grady Kirkland in a written statement. “And we thank them for their assistance.”

It’s important to note that the incident took place near Meadows Intermediate school near Meadows Parkway and Pleasant Run Road. However, at no time did this appear to be a situation to alarm school officials, despite the body being discovered during school hours.

Sonya Cole-Hamilton, Chief of Staff, DeSoto Independent School District said “We spoke to our law enforcement officer and can confirm that no lockdown was ever requested.”

DeSoto School Board President Carl Sherman Jr. confirms a lockdown was not required, but assures “Desoto ISD is always prepared with safety measures in place as necessary.” 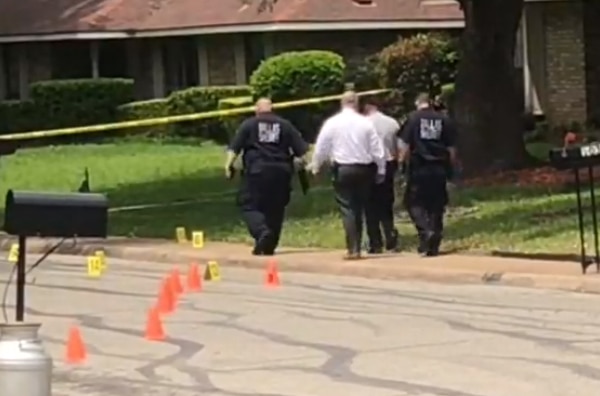