The Bell Fort Worth Alliance celebrated its 30th Anniversary with a fantastic Air Show this weekend. Safety was the number one priority, as masks were strongly enforced when it came to the media and performers. Another first, and a glaring difference from previous performances, this was the first drive-in version Air Show for Alliance. It was designed perfectly with parking spaces for families in their vehicles.

The Air Show started off with jumpers parachuting out of an aircraft with a US flag as the national anthem was playing. It was so amazing to see these talented people able to complete this jump without any fear.

The highlight of the Air Show had to be the F-22, F-35 and the Thunderbirds for the fans that were in attendance. The F-22 Raptor demonstration team did impressed attendees of all ages, as it showed off its speed and acrobatic moves. We marveled as it soared straight up into the air with no problems. The Raptor also just hovered in the air vertically with a slight tilt.

The F-35 Lighting is the newest jet that the Air Force had on display. Fans were able to see the first female F-35 demonstration team pilot Capt. Kristin Wolfe. Capt. Wolfe was able to show off some death-defying moves at this past weekend’s Air Show. She has over 800 flight hours and has flown the: T-6, T38C, F-22 and the F-35.

But there’s no doubt the F-16 Thunderbirds were the stars of the show. Thunderbird Public Affairs Officer Capt. Remoshay Nelson briefed media, passed out stickers and took pictures. She is the first African American female to join the Thunderbirds. In her briefing, she shared that one of the Thunderbird pilots stayed home, as he and his wife welcomed a little bundle of joy. It showed how the Air Force is passionate about taking care of their people. The mission is always people first. She also answered any question that was directed to her.

Thunderbird pilot Major Trevor Aldridge was glad to come back to the metroplex as he was one of five pilots that demonstrated incredible maneuvers. One move that made people marvel was the Calypso Pass. This is where two jets mirror each other as one jet is flying normal as the second jet flies the same pattern while upside-down. It was truly jaw dropping.

There was a Sneak Pass and it made fans jump out of their seats. It is set up nicely with four jets that are flying at a normal rate and out of nowhere a Thunderbird zooms right past them with power that will make anyone jump! Last but not least, fans were able to see The Diamond. This is where you have a four-ship legendary formation that is demonstrated all around the world. When they are in this formation, they are flying around 500 mph, don’t blink or you might miss them.

If you missed out and you want to see the next Air Force Air Show you are in luck, because November 14-15 there will be a show in San Antonio, Texas. Thank you to all of our men and women that serve this wonderful country. 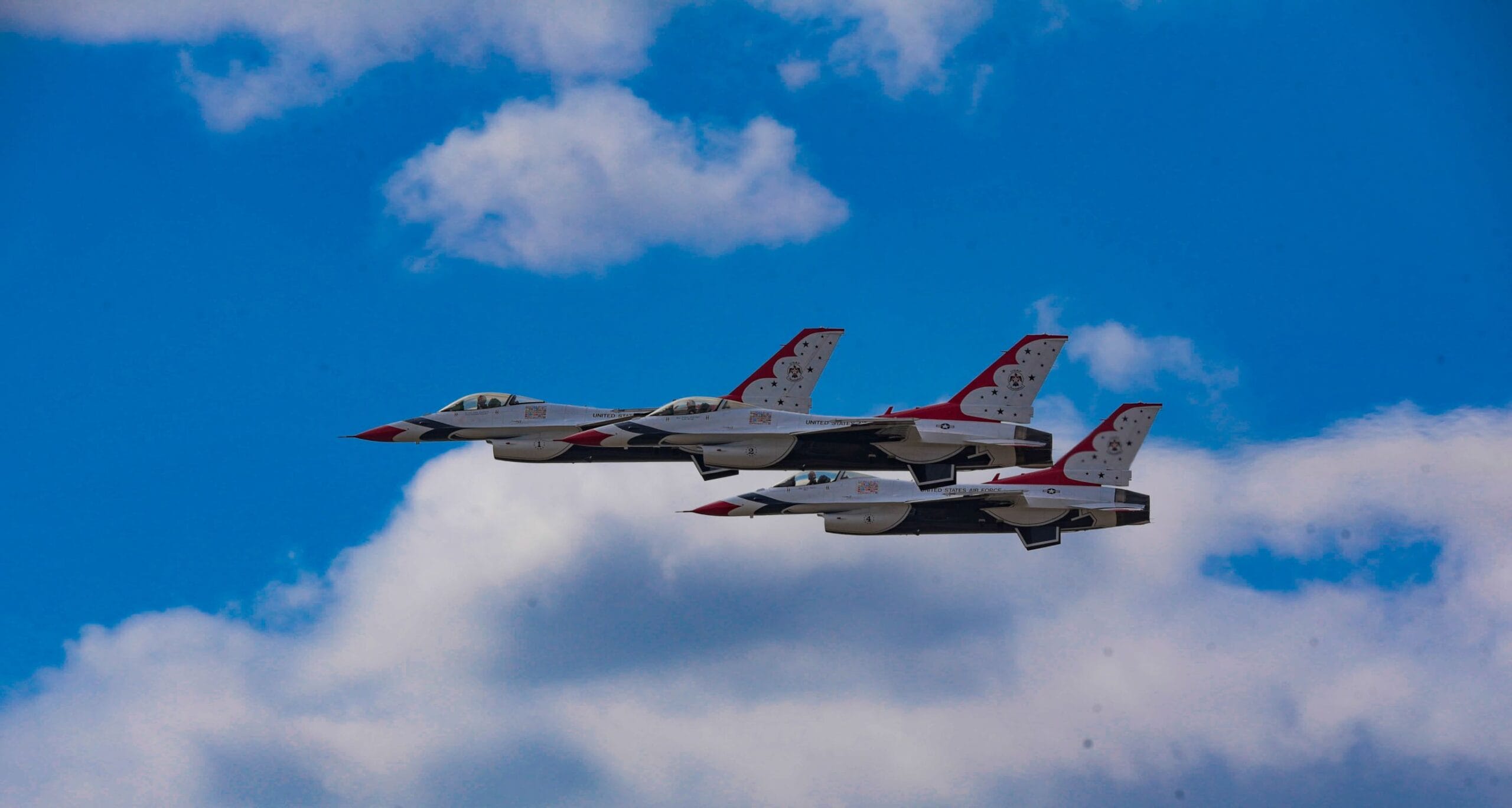